If You Want to Avoid Getting Sick When Flying, Book This Seat On the Plane

Antsy about picking up a bug when riding on a plane? You’re not alone! Though statistics aren’t firm, researchers estimate that up to 20% of travelers will be dealing with a respiratory infection within a week of their flight.

The rate is even higher for flight crews. Illness can range from a common cold to something more serious like the flu or bronchitis. You’ve probably had your own experience and blame it on the recycled cabin air, but it has more to do with being in close quarters with so many people.

At any given time, any of your fellow passengers could be sick – and contagious. We also know that touching icky surfaces on the plane can also expose us to germs. Those tray tables, seats, pillows, and armrests are harboring who knows what. Now, we’ve learned that where you sit can help you!

A study published earlier this month in Proceedings of the National Academy of Sciences (PNAS) shows evidence that sitting in a window seat can greatly reduce one’s chances of contracting a respiratory illness. Researchers based their findings on a hands-on observation and simulation experiment they conducted while on a plane.

They attributed the spread of infection to movement. Spread out among rows on the airplane and equipped with an iPad app to document their data, they watched how passengers and flight crew moved around during a flight.

Passengers were more likely to get up to use the bathroom or check overhead bins. Those in aisle seats were only 20% likely to sit still while middle-seaters were at 48%. Folks in window seats stayed in their seats almost 60% of the time for the duration of the flight. 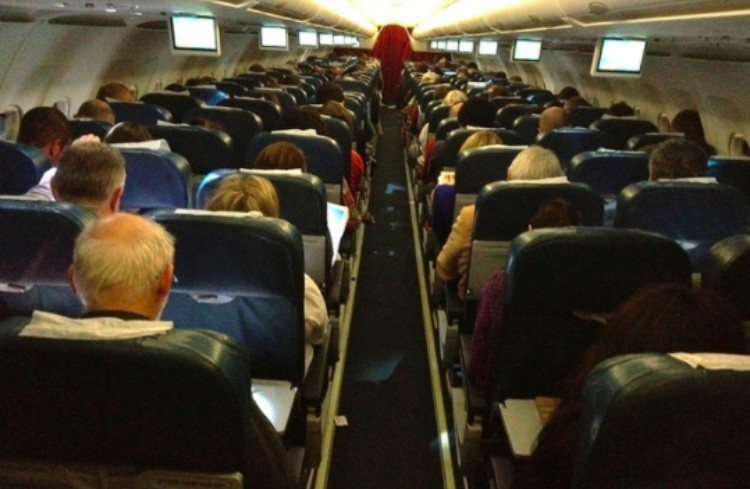 Assigning someone as patient zero with an infection revealed that people seated closest to that person (within one row behind or in front of) were the most likely to be exposed to illness. However, the odds were even higher when the team analyzed movements of sick flight crew members.

The gist? Flight attendants with symptoms such as a runny nose or cough were the most likely to spread infection, and could infect close to 5 people on a flight. In either scenario, people in the window seats had the lowest incidence rates of getting sick.

But there’s more. Though this information wasn’t included in this study, people who suffer from motion sickness may also fare better in window seats. This is because having a view of the horizon can help balance out your equilibrium and make you feel less queasy. Sitting near the front or a wing can also aid in fighting motion sickness.

Not all airlines will allow you to choose your own seat when booking, but if it’s possible, you may want to request the window. If you’re fortunate and end up on a flight that’s not full, you can try to ask about switching seats. It could be better for your health!

What do you think of this study and its findings about the window seat? How many times have you gotten ill after a flight? If you’re able, will you choose a window seat?

The Journal of Infectious Diseases