Last year, expecting parents Arkell Graves and Dana Griffin-Graves won hearts around the world when the mom-to-be surprised her husband with the news that he was about to be a dad. After putting a package of buns and a sweet note in the oven, she asked him to look inside. She managed to catch his delighted, tearful reaction quickly.

The video quickly went viral as people all over the world responded to their truly heartwarming birth announcement. Dana had kept the news to herself for five long months, because she wanted to be absolutely sure before she told anyone. Her situation with trying to get pregnant was a complicated one.

The couple had suffered through four previous miscarriages and one stillbirth; in total, they had spent 17 years trying to get pregnant before finally deciding that it wasn’t going to happen for them.

Instead, they adopted a little boy named Keelyn, who is a beautiful little boy. It was different than how they had imagined, but the Graves were content as a family of three.

Then, against the odds, it seemed that they would be a family of four after all. Doctors do say that after a couple who has struggled to conceive stops trying, they are much more likely to conceive a biological child. The science is strange, but we’re glad it happened this way for the Graves!

But just when things seemed to be magically turning around, there was a change in plans. Their little baby boy decided to make his way into the world a lot earlier than anticipated. In fact, it happened just weeks after their pregnancy announcement went viral. 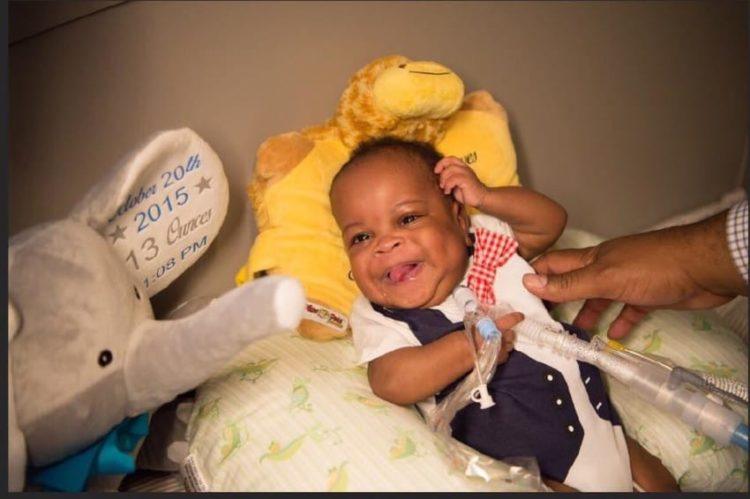 Facebook via Arkall and Dana Graves
On October 20, 2015, Dana went into labor, and delivered beautiful, tiny Kaleb Arkell Graves. At the moment of his birth, he weighed less than a pound; about 13 oz.

As excited as the family was, they had no idea that it would be a long time before he could join Mom, Dad, and his older brother. Kaleb may have been a fighter, but he had a long road to recovery ahead of him.

Last March, six months after his birth, it looked like Kaleb would be leaving the hospital at last.

Up to that point, he had been struggling with chronic lung disease, which is common in premature babies whose lungs didn’t have time to develop fully, but he had since graduated to a non-invasive ventilator. He had also had a successful surgery to repair a hole in his heart, which made the family hopeful he would come home soon.

But in the spring, Kaleb suffered some health setbacks, which kept him in the NICU for an additional six months. He had to have a tracheostomy tube put in his throat to help him breathe and he needed a g-tube in his stomach to help get the nutrients he needed. 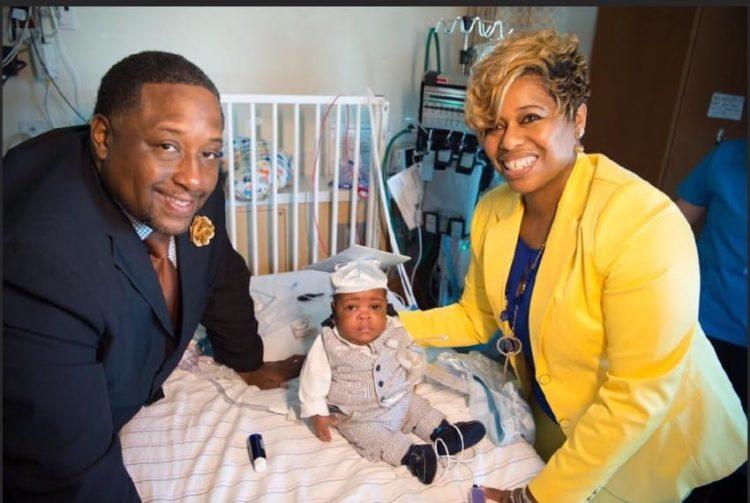 Facebook via Arkall and Dana Baby Buns
Now, almost exactly one year after his birth, Kaleb is finally “graduating” from the Neonatal Intensive Care Unit, or NICU.

His parents decided to celebrate the occasion as Kaleb’s very first graduation, throwing an adorable party in the hospital for their little grad! They even got him a baby-sized cap and gown for the big day. All of Kaleb’s doctors and nurses, who has been with him every step of the way on his year-long journey, were on-hand to say goodbye to their tough little patient.

As of October 11, 2016, Kaleb is finally home, and the long wait for the Graves family is finally over.