Dennis Naghizadeh ‏
It may not be summer yet, or even officially spring for that matter, but as the snow melts and daylight sticks around longer in the evening, we can’t help but dream of warm weather and tropical vacations. When we think of the tropics, we often think of our favorite tropical drinks and foods, namely, fruit.

If you haven’t already booked a Southwest flight to Hawaii, you can enjoy the flavors of the islands at home as easily as eating a pineapple. Yes, we love pineapple in our drinks, on our pizza and all by itself. It’s so sweet, so delicious and so reminiscent of summer and warm weather.

The one thing we don’t like about pineapple is cutting it. It takes awhile, and it can be quite messy. We remember once on a vacation to Oahu, we bought a pineapple at a roadside stand, and the people running it were nice enough to cut it up for us and put it in a plastic bag. That was the best – eating freshly picked freshly cut pineapple on the beach, and we didn’t even have to cut it. 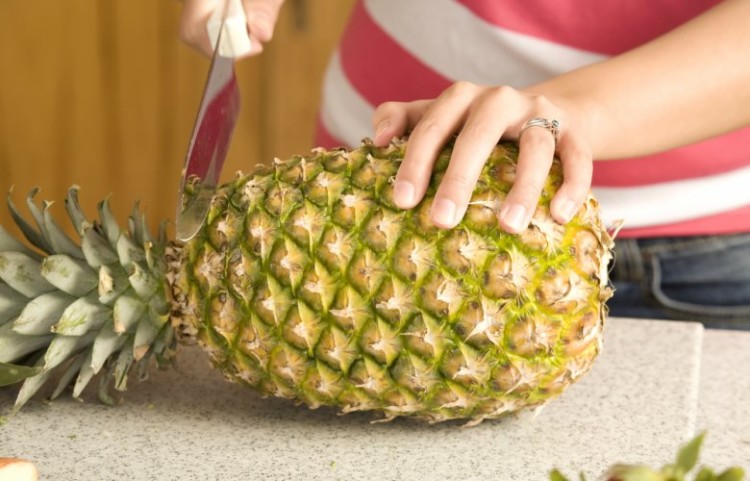 While we’ve seen hacks for cutting all kinds of fruit ranging from watermelon to strawberries, this is the first time we’ve seen a hack for eating pineapple, at least like this.

In case you missed it, Twitter user Dennis Naghizadeh posted a video on March 8th that has already been retweeted over 163,000 times. In the video, a woman is literally pulling apart a pineapple. She’s not using a knife. She’s not using any special tool. She’s using her well-manicured fingers and making it look so easy that we can’t help but watch it over and over again wondering why we’ve never thought to try this before.

She simply uses her fingers to pull the little nodes on the rind of the pineapple, and a whole chunk of pineapple pulls away from the core each time.

After watching this amazing video, several people have commented on Twitter that it’s not really as easy as it looks. One person wrote that the pineapple in the video is a special type of snacking pineapple that’s popular in Japan, and those pineapples are much softer and easier to pull apart.

Several people have tried this pineapple hack to see if it really works. Savannah Wix posted a video saying that her fingers are very sore and that the hack does not really work.

WE NEED A TUTORIAL pic.twitter.com/Kio9FS2Pzn

Meanwhile, Alice Zaslavsky tweeted that the hack will work if the pineapple is very ripe. She added, “consider rolling it across the bench first to loosen the fibres.”

Tried out the #pineapplehack for myself and can confirm that it works, but you need quite a ripe pineapple, and consider rolling it across the bench first to loosen the fibres. 💁🏻‍♀️ pic.twitter.com/YgdC3v5GRR

Are you going to try this pineapple hack? Have you ever seen anyone pull apart a pineapple like this before?