I don’t know about you, but when I was a kid, I used to absolutely DREAD school picture day. You see, my mother and I didn’t exactly see eye-to-eye on wardrobe choices, so I would usually end up wearing something that was mom-approved, but pretty much the opposite of cool. I’m sure more than a few of you out there can relate!

But these days, kids are growing up in a totally different generation, where self-expression is the norm. Tykes have hung up their Mary Janes and knee highs for outfits that are MUCH more hip. Case in point: This gorgeous little gal who decided to use her picture day outfit as a way to show off her super fierce personality.

The preschooler, Kayileann Steinbach, a three-year-old from Rocklin, California, absolutely adores superheroes. In fact, she likes them so much that she put on her favorite dress-up outfit for school picture day—Supergirl!

You read that right, little Kaylieann decided to let her true colors shine, and her cool dad, Austin, didn’t resist when she asked to wear the costume for the special day.

In an interview with PEOPLE, he explained that he “had a normal school day outfit picked out for her,” but simply couldn’t say “no” to his little one when she showed him what she would rather wear.

The awesome poppa even thought ahead and promised to “take the heat” if Kaylieann’s mommy were to get mad at the wardrobe choice. We don’t blame him! Who could refuse a face as cute as hers anyways?

As expected, the photos came back and were absolutely adorable. The proud dad even decided to post the “prom style pic,” as he calls it, to Reddit. It was then that the little girl’s brave outfit choice set the Internet ablaze.

Now, it’s important to note that Austin wasn’t merely sharing his daughter’s photo with the world just so that he could show off her cute dimples; he also wanted to send a positive message. 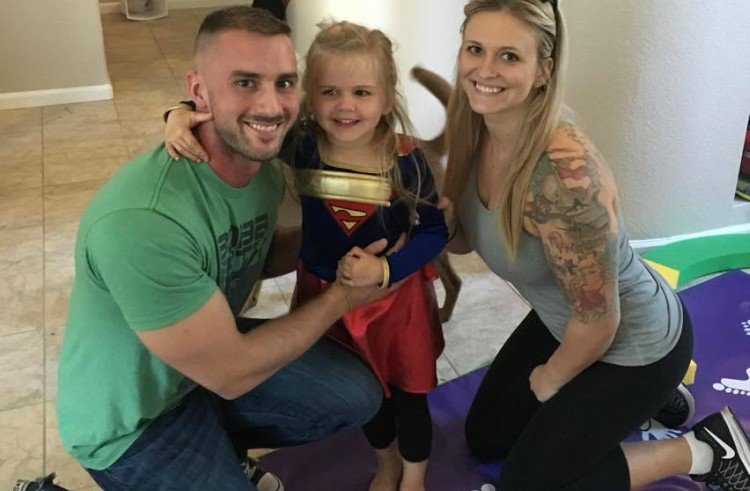 You see, if you look at the photo of Kaylieann closely, you will notice that the girl is sporting, along with her red cape, a matching set of hearing aids. Her father says that at just 2 ½ years-old, she was diagnosed as being “75 percent deaf in both ears.”

Since then, Kaylieann has been working with a speech therapist and an audiologist to better prepare her for some of the struggles that she may face in the future. Yep, she is a “supergirl”, indeed!

To learn even more about this very special fashionista, be sure to check out Scary Mommy’s article here. We just love that this little one is getting so much praise for her bold choice. You go, Supergirl! 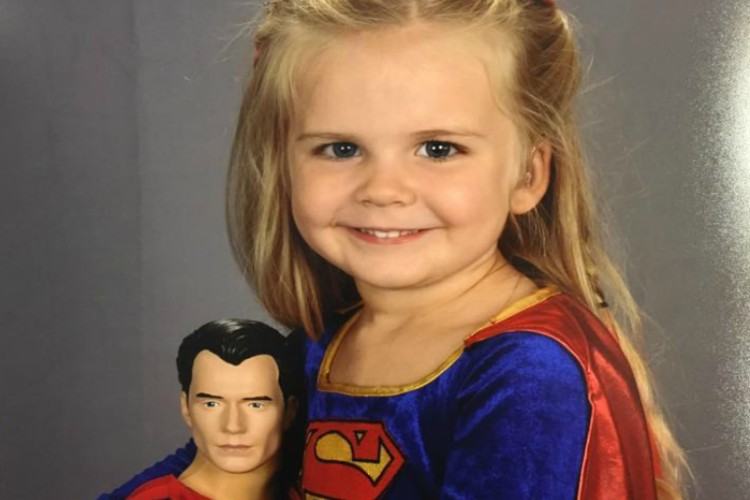 What do you think of this preschooler’s school picture day outfit choice? Would you have let her wear the costume if you were her parent? Do your kids like to express themselves through their clothes?