Senior Trooper Steven Vincent and his son, 9-year-old Ethan Vincent, were inseparable. Ethan looked up to his father as a brave police officer and his father always taught Ethan to be a helping hand in the community and to always do the right thing.

So when Officer Vincent was tragically killed during a routine traffic stop, his son was left absolutely inconsolable. The entire community grieved for the loss of a beloved father, an honorable policeman, and an all-around “good guy.”

But despite her suffering and sorrow, Steven’s widow knew she wanted to do something to memorialize her husband. Something that would honor his memory in a way they could hold onto forever. 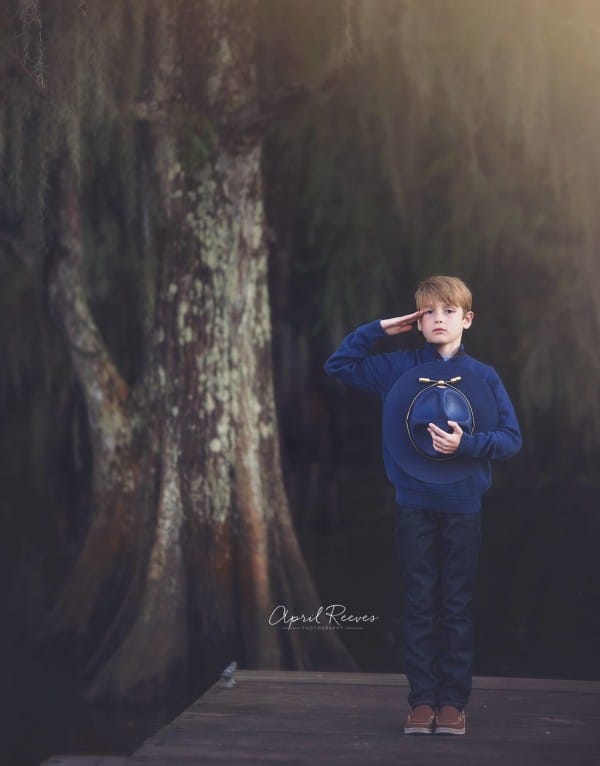 She eventually decided on a photo shoot, where young Ethan would pose with his father’s hat and flag to show that  Steven was gone but not forgotten, and that he lives on through his bright young son. 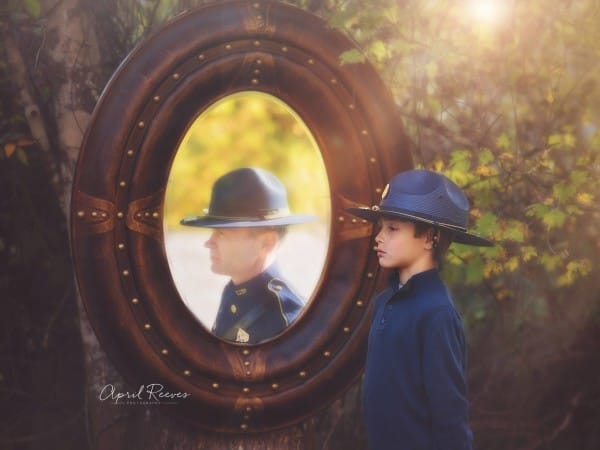 But when photographer April Reeves was hired to take these memorial photos, she knew she wanted to do something special for this grieving family. After April took this stunning series of photographs featuring Ethan, she added something extra incredible into each of the pictures, something that took the Vincent family by surprise.

Using the help of Steven’s police force, April Photoshopped in something unexpected to all of her photos of Ethan: shadows of his fallen father. The images come out stunningly beautiful and are especially touching, knowing that Ethan had no idea his father’s image would be sharing the frame with him. 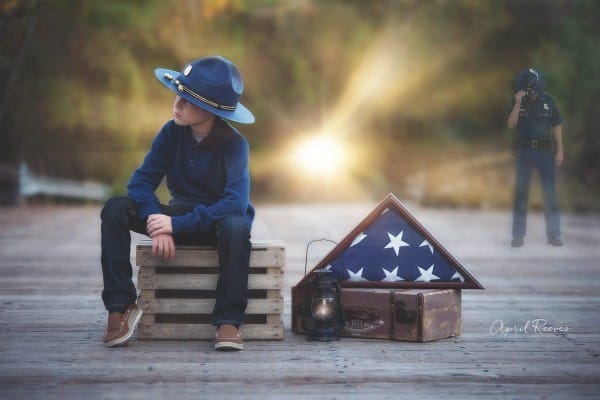 Even without the beautiful inclusion of Steven in the background (which gives me the chills every time I look at it), these photos of Ethan are enough to break your heart. He is so obviously sadden by the loss of his father and role model, but you can also see how incredibly proud Ethan is of his dad. There’s something chilling about the look on his face when he’s wearing his father police hat, it’s a look you don’t expect from a 9-year-old.

April said that she hopes that one day, Ethan will be able to cherish these photos as not just a tribute to his brave father but as a reminder that his father will never truly be gone. 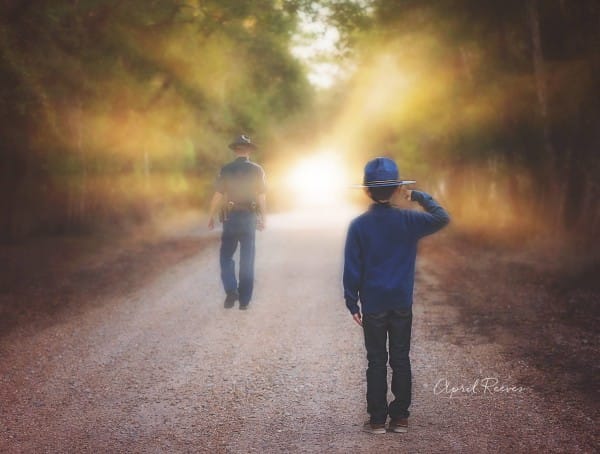 “I truly hope that when he is older, he is as happy to have these treasures as I was to capture them for him,” She said on her Facebook page. “This child is amazing, strong, and so very proud of his dad.”

This touching post reminds us to thank and appreciate the men and women that serve on every police force, and acknowledge the sacrifices that they are willing to make to keep our communities safe.