A Mistake at the Printing Press Made Some Pennies Worth Thousands

Everyone has a coin bank sitting around their house somewhere. Hey, I’ve even had the same one since I was a kid! Now, what if we told you that the forty bucks or so that you thought you had in there could actually be worth an amount in the tens of thousands? We’re not kidding—if you take a closer look at those coins, you may just end up being a whole lot richer!

Here’s why: In 1943, the Unites States was in the midst of World War II, a time in history when rationing was a necessity. Americans were asked to conserve everything from fuel to canned goods, but we bet you didn’t know that the list also included coins.

You see, as the war raged on overseas, the need for copper became more and more prevalent, forcing the U.S. Mint to make a tough decision when it came to its lowest valued coin—the penny.

Because of this, a switch in material was made; instead of using pure copper to produce the pennies, they actually started making them out of stainless steel. These special pennies came to be known as “war coins”.

Now, as you may have already guessed, the switch from copper to stainless steel was not necessarily the best call, as the material tends to rust quite easily. This made the coins themselves tough to distinguish between their more valuable cousin, the dime.

Here’s where it gets really interesting. Around the time the change was enacted, someone made an epic fail by accidentally striking one lot of these coins using pure copper instead of stainless steel. Believe it or not, the error was only caught after the coins were put into circulation. Well, it’s good to know I’m not the only one who makes mistakes at work from time to time! 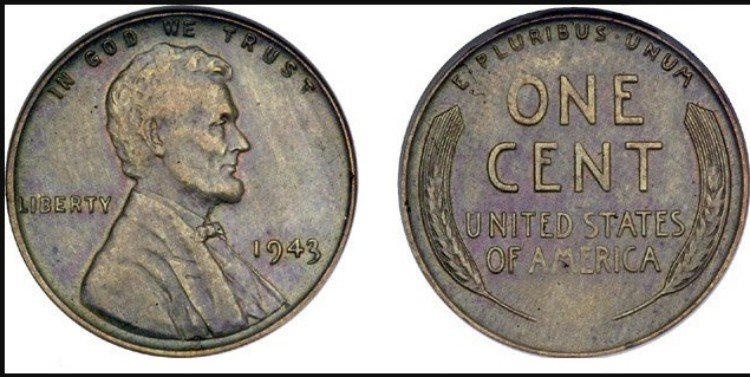 Experts predict that the actual number of these accidental pennies is quite low, but they are believed to still be out there. And, get this, they are currently valued at a ridiculously high price.

If you have one of these bad boys in mint condition, it could garner a projected $85,782! That’s right, the one thing that you may not even bother to pick up if you found it on the street could be worth the price of a luxury car.

Even if one of these copper coins isn’t in perfect condition, you could still get around $60,000 at auction for the find. Not too shabby, right?

But before you go frantically digging through your coin collection, it’s important to note that, as expected, there seems to be some fakes going around. Appraisers have found that some people are filing down the number “8” on 1948 copper pennies so that it appears as a “3”. So, if you think you may have tracked one down, be sure to bring it to a trusted coin expert first!

To learn even more about this rare penny’s unexpected history, be sure to check out LittleThings’ article here. And remember, paying attention to these copper beauties may just end up making you rich!

What do you think of this rare coin? Have you come across one of these pennies before? Are you a collector? Tell us all about your thoughts and experiences in the comments section below!