Peeps Cereal Exists and Easter Just Got So Much Better

What was your favorite cereal as a kid? Was it Trix? Frosted Flakes? Cinnamon Toast Crunch? We’re willing to bet it was something fun and probably filled with sugar—a cereal with colorful crunchy bits and sweet chunks of sugary something-or-others.

Back in the day, these kinds of cereals were all the rage. No one really cared to look at nutrition labels or try to shove kale omelets down their throats. It was a bowl of sugar and off you went to school or work.

But in recent times, we’ve found ourselves much more cautious about what we put in our bodies. In the midst of the craze about eating healthier and trying to eliminate sugar, the sweeter cereals have taken a backseat to more bland cereals. We see so much oat flakes or bran crisps in the aisles these days that it’s hard to remember a time when cereal colors were anything but tans or browns.

But Kellogg’s and other cereal brands have recently been attempting to bring back some fun cereals again, with its most recent ones being Sour Patch Kids cereal and Hostess desserts cereal. Sure, they’re not the healthiest of breakfasts, but kids and even adults are loving them.

And now, joining its predecessors, is a new cereal perfect for Easter. That’s right, forget the holiday ham or the deviled eggs or the salmon-stuffed eggs. Easter brunch had its moment, but there’s a new holiday-themed cereal in town that’s putting all those foods to shame. 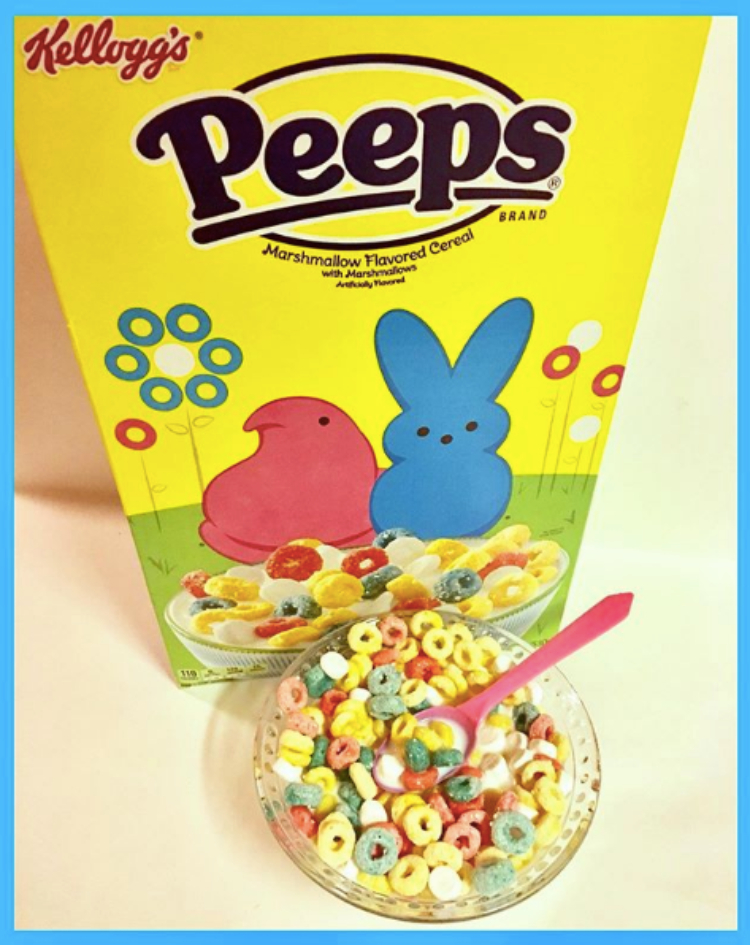 If you’re not a fan of sweet cereals, don’t worry, according to MnmTwinz, twins who review food, the cereal isn’t actually as sweet as we think it is.

“It’s strange but it works! The sweetness is a nice balance, not too sweet but not bland,” they wrote in one of the first reviews about the cereal. “And because it all tastes like marshmallow, you can mix it with nearly any other cereal that you feel needs marshmallow in it.”

Another food blogger Junkfoodmom had some good things to say as well, even if you’re not into the taste of Peeps: “Don’t let the name Peeps scare you if you’re not a fan,” she wrote. “This is pure marshmallow flavored cereal. And I like it. Well done.”

In fact, the general consensus on Instagram is that it tastes much better than your traditional Peeps. We haven’t seen one negative comment about the stuff!

On top of their new cereal, Peeps has also recently launched its Peeps International Delight coffee creamer to use in your coffee for a bit of an Easter kick. Who knows, it might pair well in your cup of Joe with this new cereal!

The cereal is available for a limited time and is popping up at grocery stores all around the U.S. It retails for $3.99. You can buy it here!

What do you think of this new cereal? Would you try it out for Easter or think your kids might enjoy it?