Do you get the flu shot every year? According to the CDC, it’s the top way to protect yourself from getting the flu. However, tons of people refuse to get the vaccine, and the reason for it is startling for doctors.

According to a recent survey by Orlando Health, a third of parents of children under 18 years old believe that the flu shot actually does diddly squat to prevent their kids from getting the flu. What’s more, more than half of respondents believe that their children can actually get the flu after getting the vaccine!

Experts have no idea why parents believe such a thing to be true—and want to assure the public that the flu does no such thing in making you contract the flu. To reiterate: The flu shot is the number one way to prevent the flu. 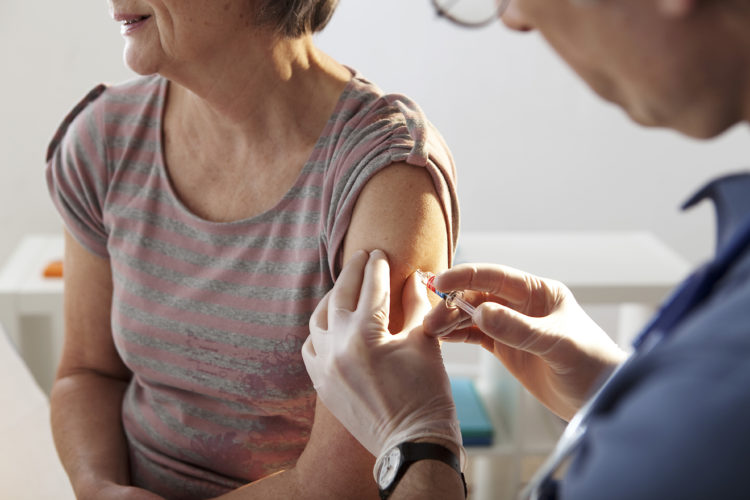 “The parts of the virus that are used are completely dead, so you cannot get the flu from the flu shot,” says Jean Moorjani, MD, a board-certified pediatrician at Orlando Health Arnold Palmer Hospital for Children. “After receiving the shot, it takes your body about two weeks to build up antibodies to fight the flu, so if you come in contact with the virus during that time, you may still get sick, which is why you should get your flu shot as early as possible.”

One infectious disease specialist, William Schaffner, MD, whose a professor at the Vanderbilt University School of Medicine, said he was absolutely “flabbergasted,” by how many people believe you can get the flu from the flu shot.

Dr. Schaffner did note that one or two percent of people may get a small fever that lasts about 24 hours after they get their shot—but this should not be mistaken for the disease. “That’s not the flu,” he said. “It’s your body responding to the vaccine and starting to make protection.”

Healthcare providers urge all parents to not be scared to take their children to get their flu shots—in fact, you should be even more scared to not take kids to get the shot, as this puts them in much more danger of contracting the flu.

In short: Get the flu shot!

Are you pro or anti flu shot? Did you ever believe you could get sick from getting the vaccine?