Sparking debates across the country is the idea that parents give too much or too little autonomy to their children. Labels like “helicopter parenting”, “free range parenting”, or “tiger parenting” are driving people to judge or examine parenting styles.

Now that school is back in session, many parents are trying to adjust to the kids getting older. And some aren’t. Remember back in 2016 when an Arkansas school posted a reminder on their door that prohibited parents from dropping things off?

Here’s what it said: 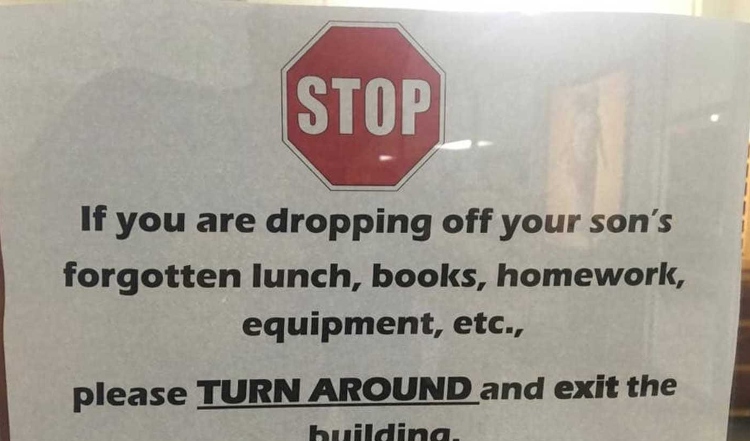 The all-boys high school had the rule in effect for a long time, but once the sign went viral, a global discussion ensued on whether it was too restrictive. Commenters pointed out that it’s only human to forget things sometimes, and exceptions should be made. Some took it so far as to accuse the school of encouraging child abuse.

The school’s principal cited that their intention is to help the kids mature and learn how to solve problems without mom or dad’s intervention. It is just one example of  someone trying to deter too much parental oversight, or worse, – high doses of helicopter parenting.

Some wonder what is too much and what is too little when it comes to lending your child a helping hand. Studies on helicopter parenting show that adolescents can wind up with emotional problems, entitlement issues, lack of independence, or bad behavior.

There are teachers who complain that parents are smothering their children from a young age all the way up into college. Parents will insist on grade changes for kids who didn’t do the work, escalating it up the chain. They’ll also write essays and do their work for them, demanding preferential treatment for the child.

And then there are parents who allow their children to walk the dog, play on the playground, or walk to school without an adult chaperone. There are also those who don’t intervene if a bad grade pops up now and then. Allowing a child to buy a snack at the store with their own change is also encouraged. 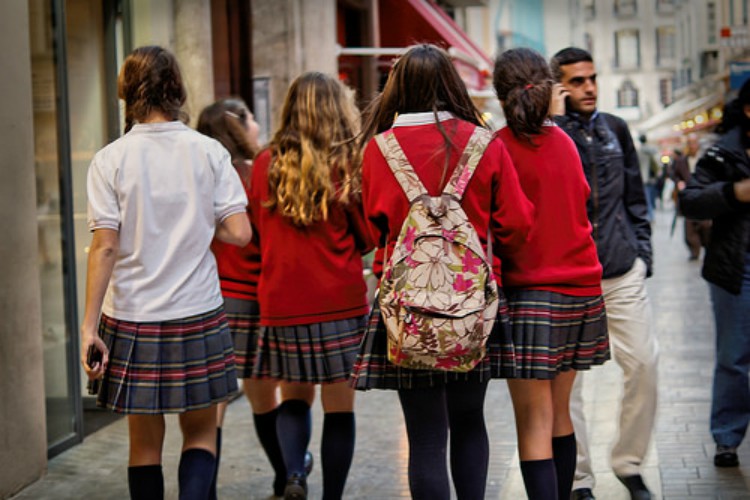 That’s how many of us grew up, but fear and paranoia have driven people to call the police on parents who are not accompanying their children everywhere. It’s gotten so out of balance that some states are enacting laws that support “free-range” parenting or regular parents who are teaching independence rather than neglect.

Utah has already done it, and New York and Texas are looking to introduce similar bills. It can be hard for some to define what constitutes excessive hovering versus being excessively free. And now the law is getting involved.

It is probably safe to say that most parents want what’s best for their kids but at some point, they will become adults. So, how do you prepare them for adulting? And how do you cultivate confidence in them so they can make their own decisions and live with the consequences?

Outside of the home, teachers, friends, and society in general will interact with these children and place them in situations where they must discover and decide things for themselves. This begs parents to ask, “Where’s the middle ground?”.

If you have kids in school, what are you noticing about their own independence? How about the other kids and parents that you see? Are you okay with the Arkansas school’s stance? Why or why not?