Parents are Boycotting This Upcoming Movie Because of One Controversial Scene

Who remembers the story of Peter Rabbit? Written and illustrated by Beatrix Potter, The Tale of Peter Rabbit is a classic British children’s book (also quite popular in America) that tells the fun story about, you guessed it, Peter Rabbit. He’s a mischievous and disobedient rabbit who’s always trying to get into and mess around in the garden of a Mr. Tom McGregor.

Though published in 1902, The Tale of Peter Rabbit is still very much relevant today. That’s why Sony Pictures Entertainment and Animal Logic (an independent digital studio) decided to partner to turn this beloved story into a movie.

However, there’s one scene that parents (and allergy activists) and not very excited about. In fact, they’re down right mad about it, and we can’t really blame them.

The movie was released in theaters on February 9, and has since cause quite a controversy over this one scene that, needless to say, was not included in the original story.

In short, the scene includes Peter Rabbit and his bunny family trying to make their way into McGregor’s backyard. Okay, fair, that’s the story line of the original book. But it’s what happens next that really perturbed movie goers.

In an effort to get into the garden, Peter Rabbit and the others start to throw fruits and vegetables at McGregor—and then the unthinkable happens: Peter Rabbit throws a blackberry into McGregor’s mouth knowing full well that McGregor is allergic to blackberries.

The blackberry causes McGregor to go into anaphylactic shock. We see McGregor inject himself with his EpiPen and consequently collapse. It’s not quite the cheery story Potter anticipated.

People quickly took to social media to express their distaste for the scene and #BoycottPeterRabbit soon became a wildly popular hashtag. An online petition was even created in the effort to get an apology about the alarming scene from Sony. 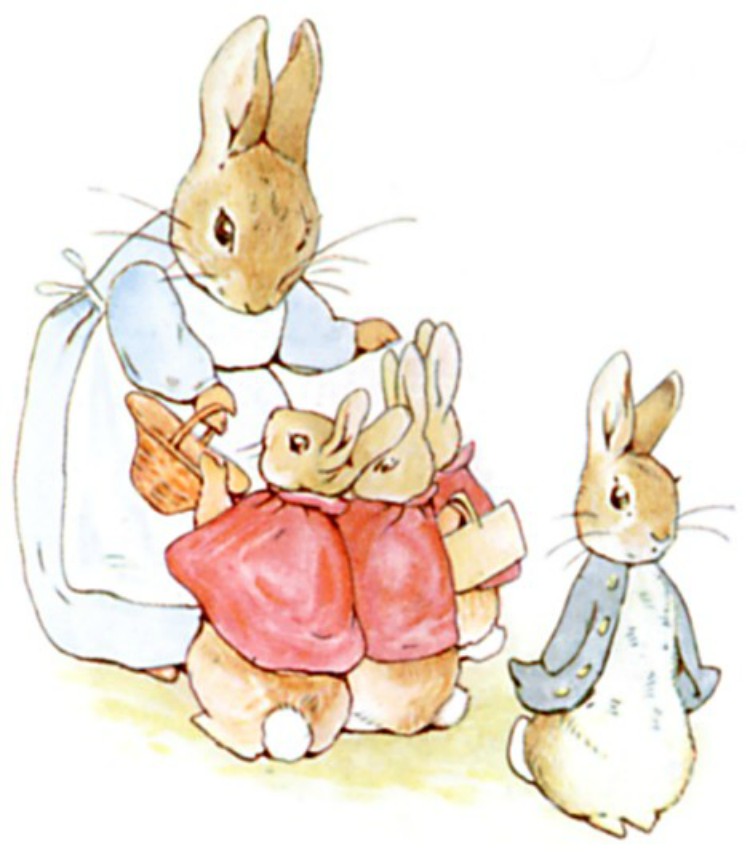 Besides parents, allergy activists were one of the most upset about the scene. President and CEO of the Asthma and Allergy Foundation of America, Kenneth Mendez, sent an open letter to both Sony and Animal Logic.

“We encourage you to examine your portrayal of bullying in your films geared toward a young audience,” Mendez wrote in the letter. “We strongly urge you to refrain from the type of programming that mocks food allergies in the future.”

Understandably so, the issue was that the film seemed to be trying to portray allergies in a funny way—and there really is nothing funny about allergies at all. “Making light of this condition hurts our members because it encourages the public not to take the risk of allergic reactions seriously, and this cavalier attitude may make them act in ways that could put an allergic person in danger,” Mendez continued in his letter.

Sony Pictures and the “Peter Rabbit” filmmakers did express their apologies in a joint statement very soon after the letter was released.

“Food allergies are a serious issue. Our film should not have made light of Peter Rabbit’s archnemesis, Mr. McGregor, being allergic to blackberries, even in a cartoonish, slapstick way,” the statement reads. “We sincerely regret not being more aware and sensitive to this issue, and we truly apologize.”

Still, the damage has been done, and the movie is still playing in theaters. For a snippet of the film including the disturbing scene, check out the video below:

What do you think of how this scene was played out? Will you be seeing Peter Rabbit in theaters any time soon?