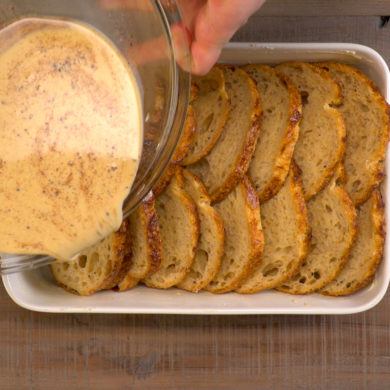 French toast is one of our favorites for Sunday brunch, but it’s not the best when you need to feed a crowd. Our French toast bake solves that problem deliciously: it’s basically a big batch of cinnamony French toast baked in the oven, with a crazy good pecan streusel topping. Even better, you make it the night before so you can have both a lazy morning and a fancy brunch.

Other French toast bake recipes have you chop the bread into cubes, but we didn’t want this to actually be a big bread pudding that you just call a French toast bake. We really wanted ours to still look and taste like French toast, so we left the individual slices of bread whole and layered them in a baking dish. That doesn’t just make it look pretty (although you’re sure to get some oohs and aahs when you bring it to the table), but it also lets those bread crusts and crumb top bake up nice and crunchy. (When we were testing this in the TipHero kitchen, we had to physically move the French toast casserole across the room to keep ourselves from picking off the entire topping when no one was looking. Luckily, it didn’t hang around for long because everyone wanted a piece.) 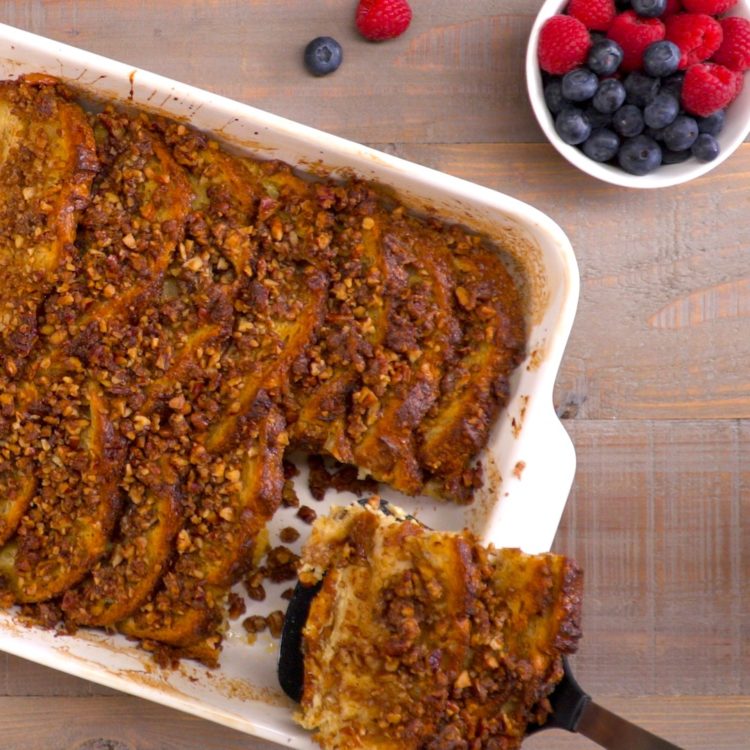 Some recipes also have you put the bread into the baking dish and then just dump the egg mixture over the top and call it good. It’s not good — the bread comes out inconsistent, with some pieces soaked in egg and others completely dry. The best method turned out to be dipping each slice of bread individually so that it gets evenly coated in egg, pouring the extra over the top, and then letting the whole thing soak overnight. That way, the bread has plenty of time to soak up every last drop of the egg mixture so your baked French toast doesn’t end up with a soggy bottom. 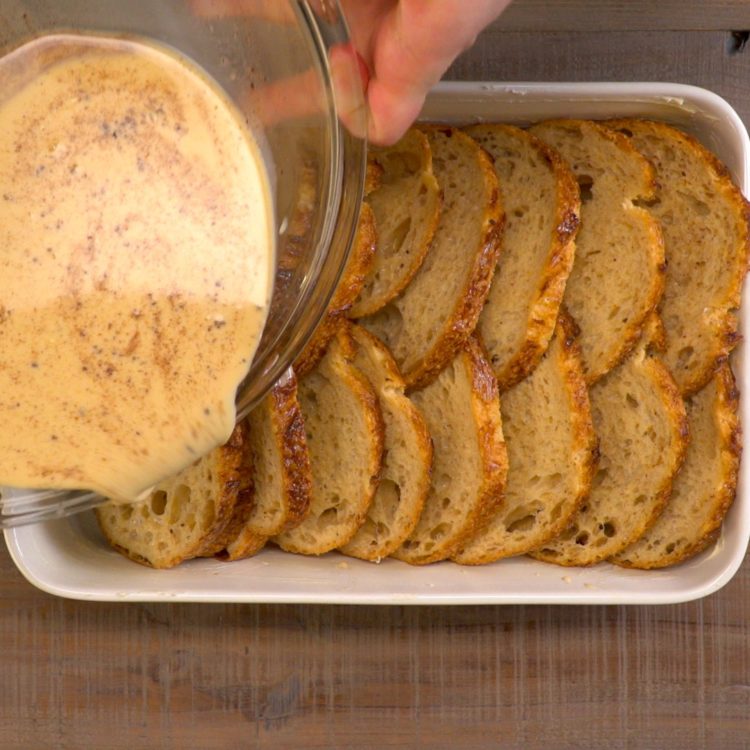 They don’t call it French toast in France — it’s pain perdu, which means “forgotten bread”. That’s because French toast is best made with stale bread that soaks up the egg like a sponge without getting mushy. When you make our French toast bake the night before, you truly can put it in the fridge and just forget about it. Go to sleep, dream about French toast, and when you wake up in the morning all of your brunch dreams will have come true. 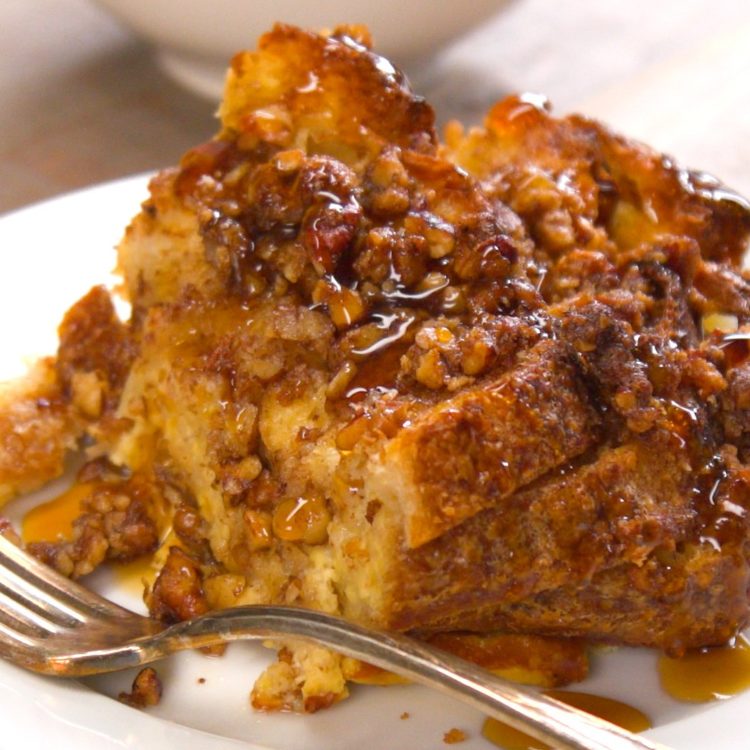 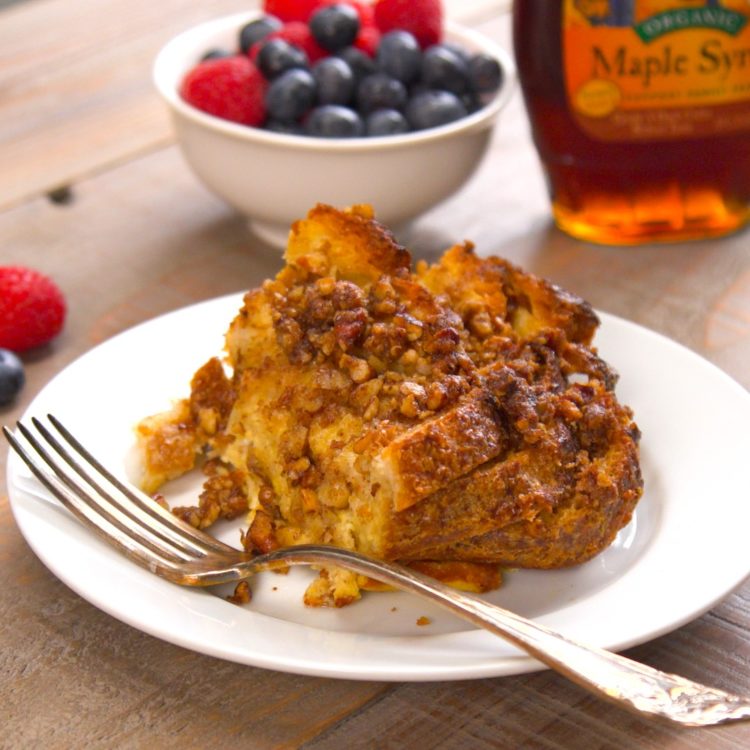 Need some more fabulous breakfast dishes to round out you brunch? Try our buttermilk blueberry breakfast cake, breakfast pizza crown, or bacon and egg tart.