Officials Warn Beachgoers About the Danger Lurking in Tall Grass

What’s your favorite summertime activity? We like barbecuing in the backyard, playing frisbee in the sunshine with our favorite dogg-os, watching our kiddos play little league, and, of course, putting our toes in the sand on a nice beach day. Who doesn’t love slathering on a ton of sunscreen and listening to the waves crash on the shore, anyway? Sounds like heaven to us!

Well, fun in the sun aside, it looks like beachgoers will need to be much more vigilant about their health and safety this summer season–and we’re not just talking about sunburns and shark threats, we’re talking about snake bites!

Believe it or not, officials stationed in the Outer Banks near Hatteras, North Carolina are telling sun worshippers that they should be vigilant about protecting both themselves and their little ones from getting harmful rattlesnake bites.

According to the offices of the Cape Hatteras National Seashore, rattlesnakes can be most often seen in the Outer Banks between April and October– when the area experiences a strong uptick in tourist activity.

Apparently, the slithery little guys can be hard to spot, especially if you’ve got your hands filled with coolers, beach chairs, and towels!

As a matter of fact, the rattlesnakes are known to hide out in that tall grass that grows atop of the area dunes. It’s an iconic sight that’s synonymous with the unique shoreline, but now that we know that there could be dangerous rattlesnakes hiding in the grass, we sure won’t be looking at it in the same way again! 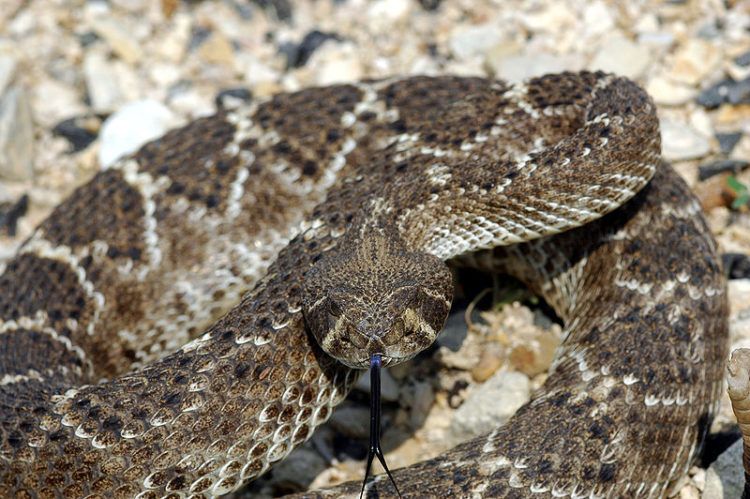 Now, before you get TOO freaked out by this unpleasant news, it’s important to understand that rattlesnakes are not known to go out of their way to attack humans. In fact, creatures like mosquitoes are much more aggressive than the snake. But, just because they don’t often exhibit predatory behavior towards humans doesn’t mean that they won’t bite if they feel threatened.

This means that you must do your best to stay away from the places these serpents like to hang out and hide–most often, areas that are covered in grass or dry brush.

Because it can be tough to keep your foot out of these areas at times, officials recommend that, as a rule of thumb, you do not place your feet or hands in any areas that aren’t 100% visible. This includes crevices or fallen trees which are most often found just off of hiking trails. Of course, if you hear a rattling sound, stay FAR away and warn others around you!

So, let’s just say that you’ve done your due diligence, but you are just unlucky enough to get bitten by a rogue rattlesnake. If this happens, call 911 or get to a hospital as soon as possible. In the meantime, wash the area with plenty of soap and water if you can.

Let’s stay healthy out there this summer, guys. Keep away from our slithering friends!

Have you ever encountered a rattlesnake at the beach before? If so, where did you see it? Do you have any tips for summer safety that you would like to share?