Olivia Newton-John Gives Update On Her Second Fight with Cancer

Most people know her as John Travolta’s love, Sandy, in the uber-classic movie musical Grease, but these days, singer and actress Olivia Newton-John is becoming known for her valiant breast cancer fight.

Newton-John, who is now 69-years-old, endured her first battle with the disease back in 1992 when she was just 44. After going into remission, she thought the coast was clear until last year when she began experiencing pain in her lower back. At first, she shrugged it off, thinking it was sciatica, but she later learned that the cancer had metastasized into her sacrum.

In an interview with Natalie Morales from Today, the legendary singer relayed her shock after learning that she had, in fact, been diagnosed with cancer for the second time–over 25 years after she had gone into remission.

“I guess it was a little surprising,” Newton-John revealed. “I never would have associated it because in my mind, it was over. I had finished with it.”

Luckily, Newton-John is focused on taking the experience in stride. When asked about how she’s managed to keep a positive attitude, the singer said that she doesn’t “read into prognosis and statistics” and that she fully believes she’s “going to be fine.”

Newton-John has already been through the battle once before, so she knows her body well and is committed to trying out diverse treatment options, from traditional radiation to a healthy diet to medical marijuana and beyond.

In regards to her pain management treatment with legal weed, she says that a lot of people have misperceptions of what she calls a “healing plant.” “People have this vision from the ’60s of people just sitting around and getting stoned,” Newton-John said. “It’s not about that. [Marijuana] is a healing plant. I think we need to change the vision of what it is because it helped me greatly and it helps with pain and inflammation.”

Good to know that this cancer survivor is finding some much-need relief! 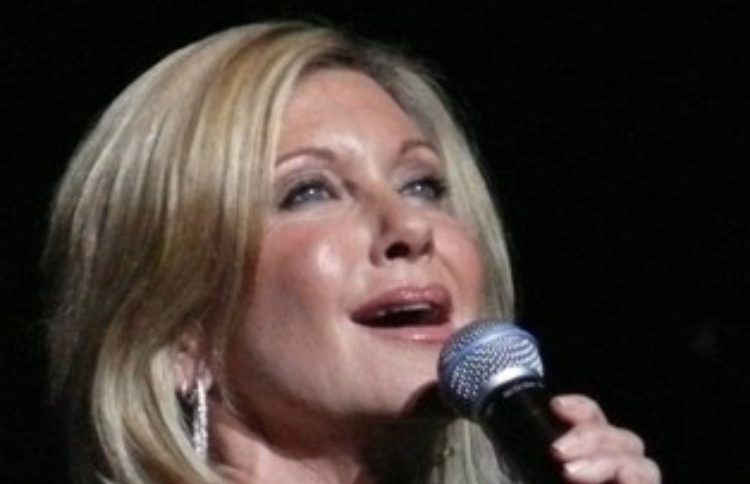 Although Newton-John confirmed earlier this year that she is still not cancer-free, she told ET in February that she was feeling “really good.” As the singer mentioned before, she credits her high spirits to the comprehensive treatment plan that she is taking to both fight the breast cancer and manage the pain.

As a matter of fact, she is feeling so good that she is still performing for adoring fans–and all for a great cause! Around the time the entertainment show caught up with her, she had just finished a benefit concert to raise money for the Thomas Fire victims that were affected by the California wildfires last year.

“I feel so fortunate to have had the success I’ve had and to do the wonderful things I do,” Newton-John said. “And to give back–I love to be able to do that.”

It’s so wonderful to hear that she is still showing her generosity, even during her trying time. You go, Olivia!

We’d love to hear your thoughts on Olivia Newton-John’s cancer battle. Have you been through a similar struggle? If so, what was your treatment plan?