My microwave has definitely seen better days. Recently, I went to reheat some leftovers in the microwave and realized that it was time for a serious cleaning. But instead of using some harsh cleaner and spending useless time scrubbing, I decided to try a trick I’ve come across quite a bit in my Tip Hero travels. I’ve tried similar techniques on smaller messes before, but I was curious to see if I could effectively clean this epic mess with just the help of some lemons and water. 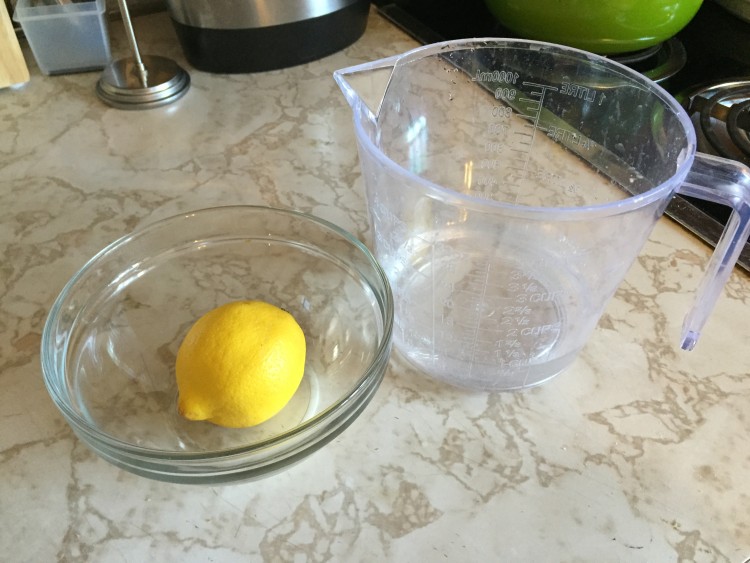 First, I grabbed 1/2 cup of water, a small-ish bowl, and a lemon. I poured the water into the bowl and then cut the lemon in half. 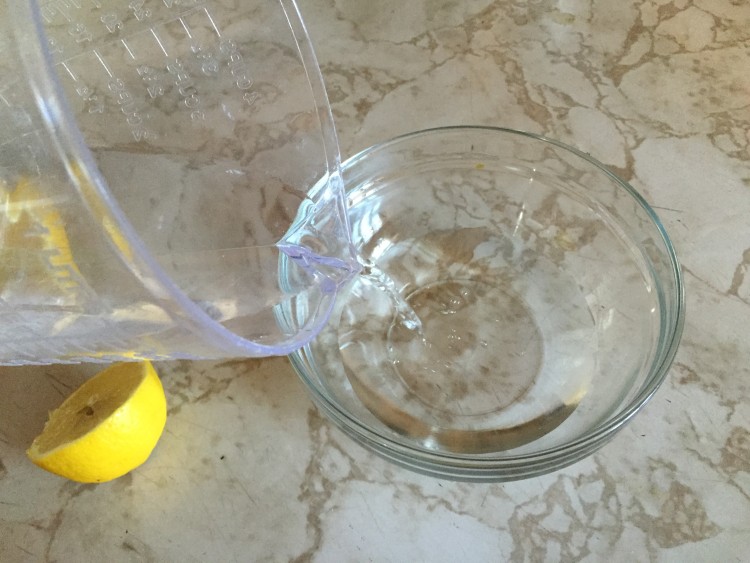 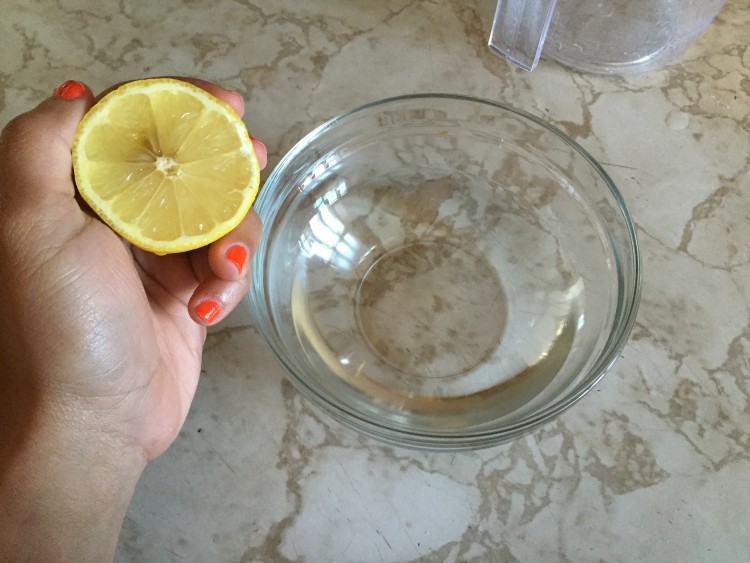 Then I just squeezed as much juice as I could from both lemon halves into the water before tossing both halves directly into the water. 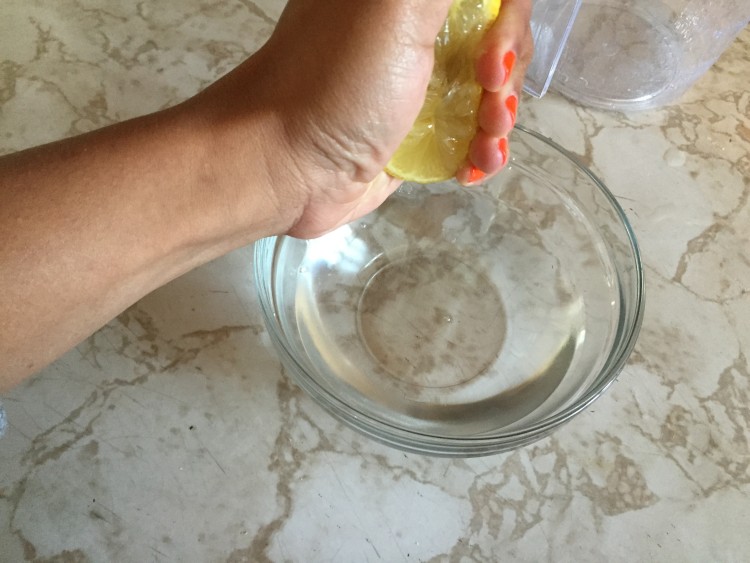 Next, it was time for the bowl to go into the war zone. I set the microwave to run for 3 minutes and hoped for the best. 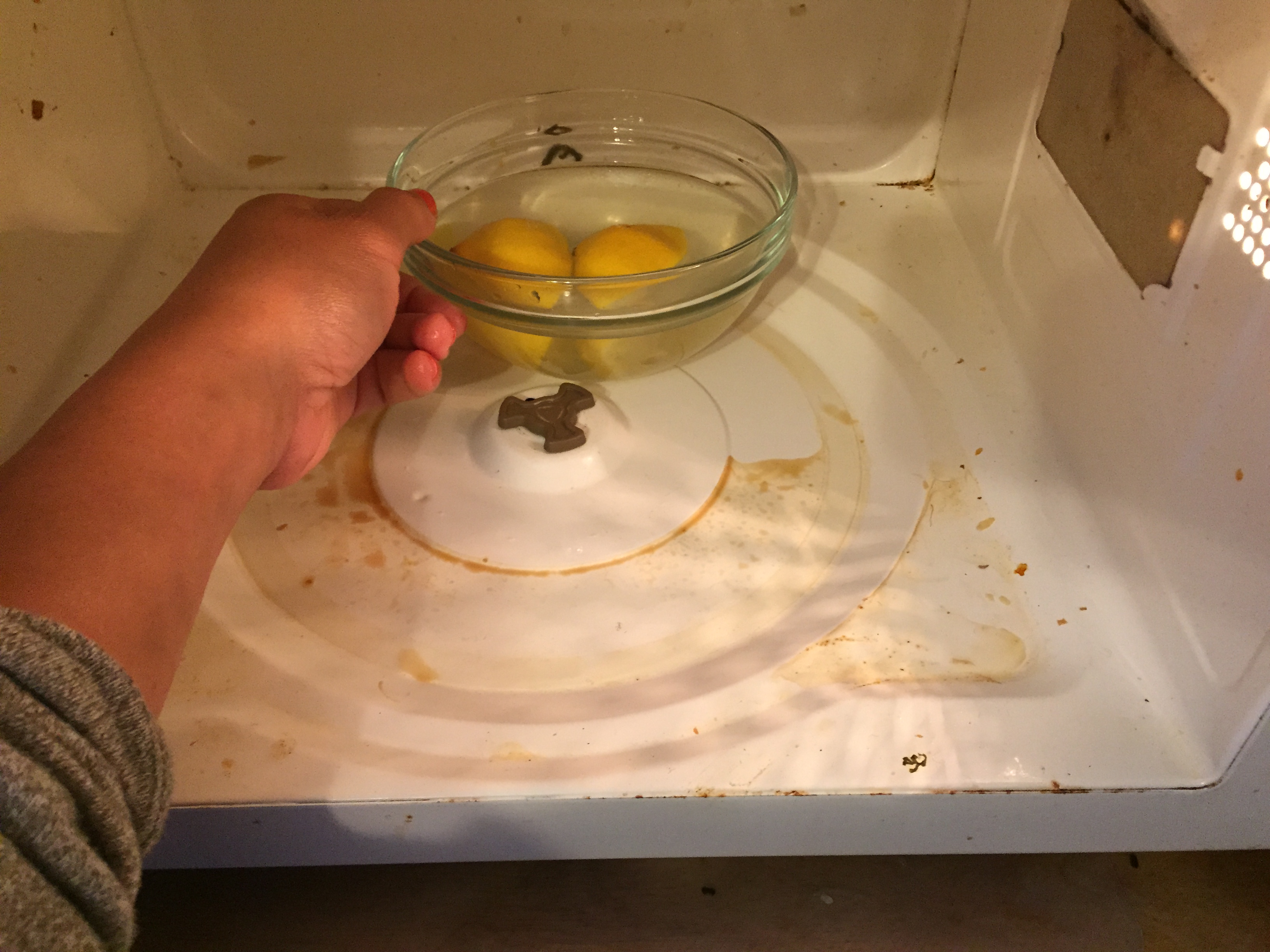 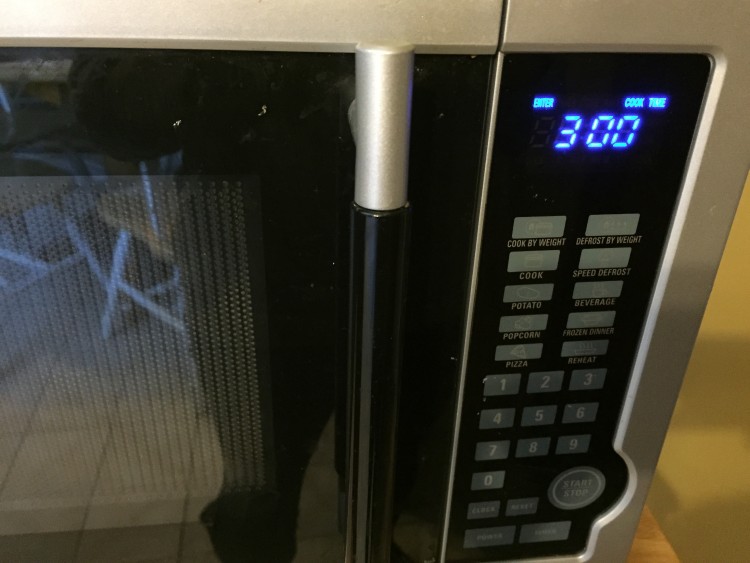 After the 3 minutes was up, I just let the microwave sit with the door closed for another 4-5 minutes. I wanted that magical lemon water steam to really soak into the mess in the microwave. It would make my job a lot easier when it was time to wipe.

After the wait, I took a cloth and simply wiped up the mess (no scrubbing was involved at all – yay)! For a couple of trickier spots, I just dipped the cloth directly into the lemon water and then used that to wipe the mess. 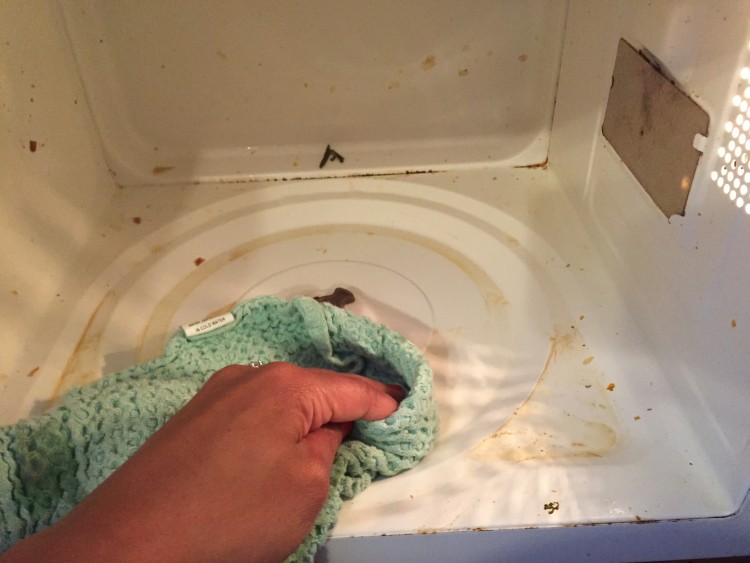 TipHero
After a good wipe, the microwave looked pretty clean. But there were still some dirty areas in the crevices. 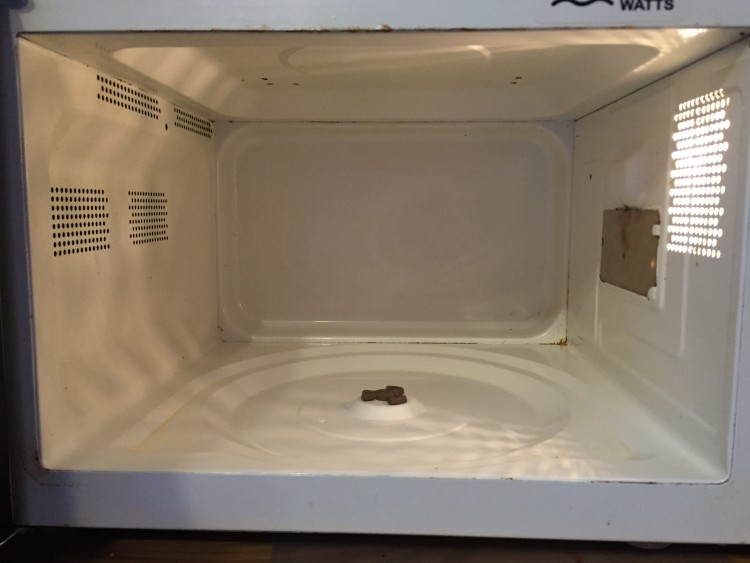 I decided to grab an old toothbrush and dip it directly into the warm lemon water. 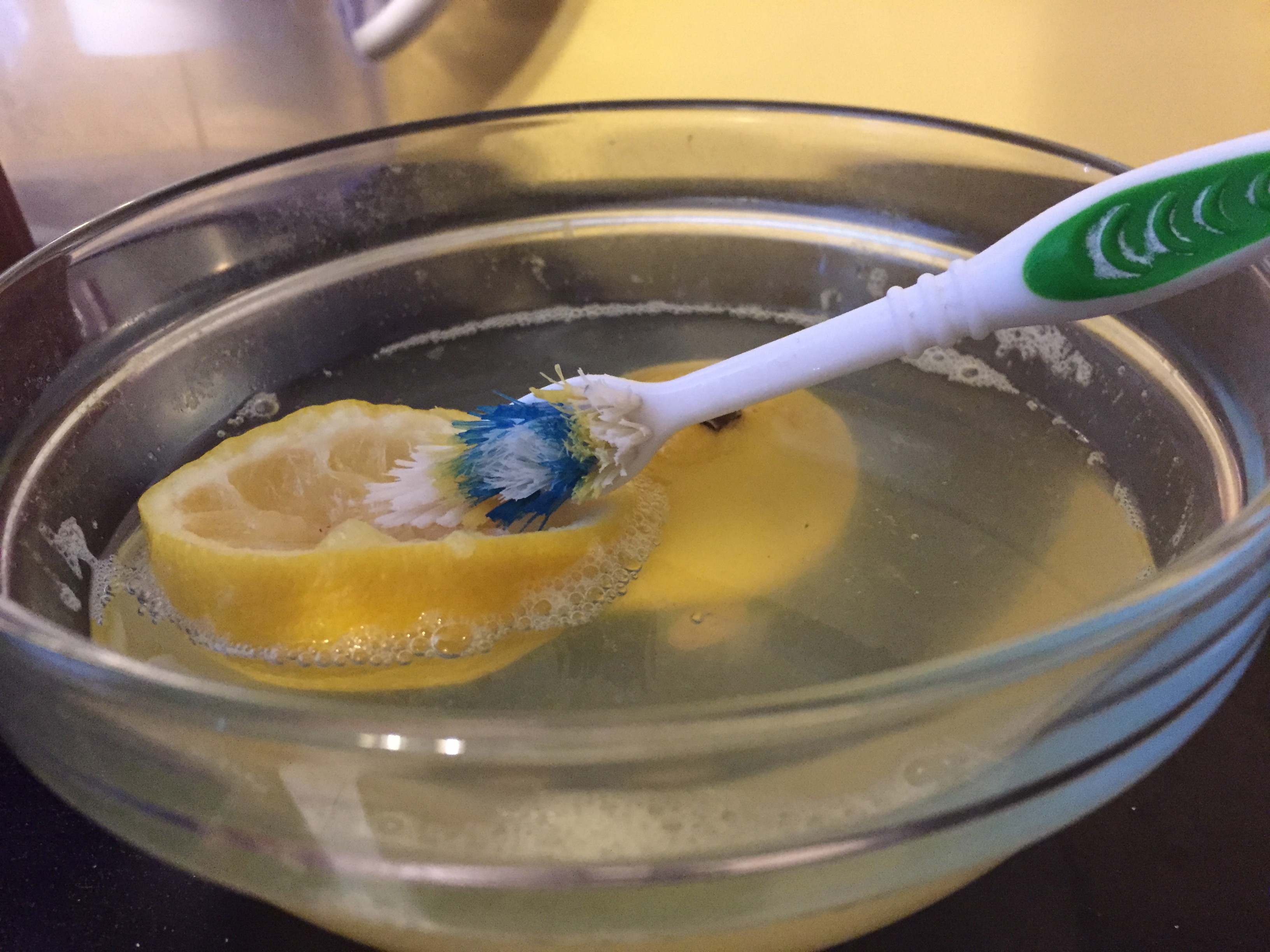 TipHero
Then I used the soaked toothbrush to clean up the hard-to-reach spots. 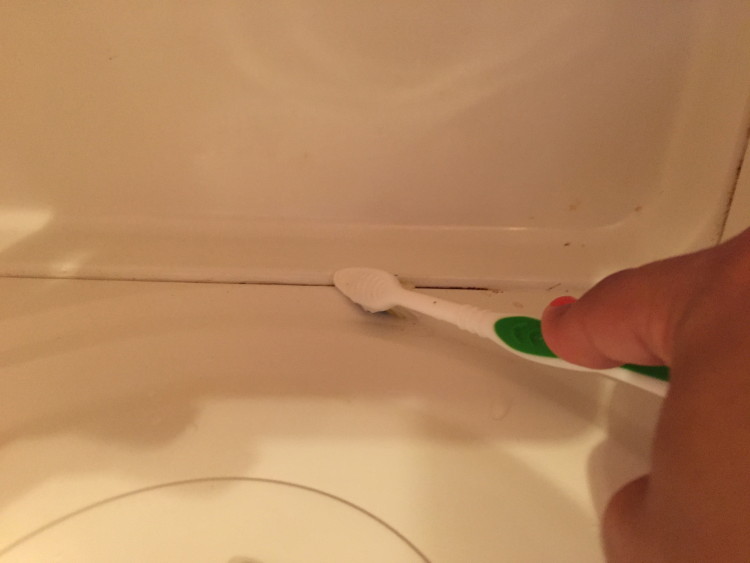 My microwave is sparkling again! Let’s hope the microwave never gets this bad again. But if it does, I’ll know what to do. 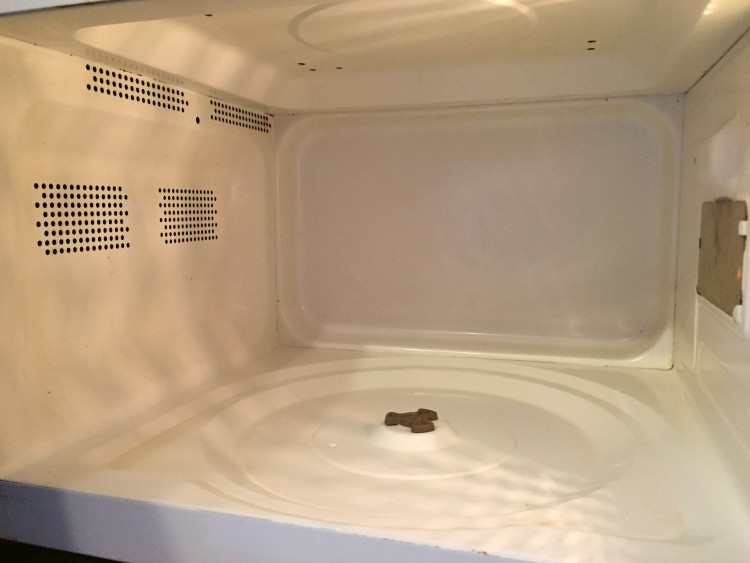