We’re so accustomed to hearing about obvious and pronounced signs of illness that it is sometimes hard to connect the dots when symptoms are subtle. One woman had to look no further than her fingernail.

In this case, a Facebook post came to the rescue of Jean Williams-Taylor, a British woman recently diagnosed with cancer. When she decided to post a picture of her curved nail, she asked if anyone had seen one like it before. She was surprised that some people advised her to see a doctor ASAP.

Although she called the notion “extreme”, she followed up with a physician was subsequently rushed through a battery of tests. Two weeks after posting the picture, Williams-Taylor was told she has lung cancer in both lungs. 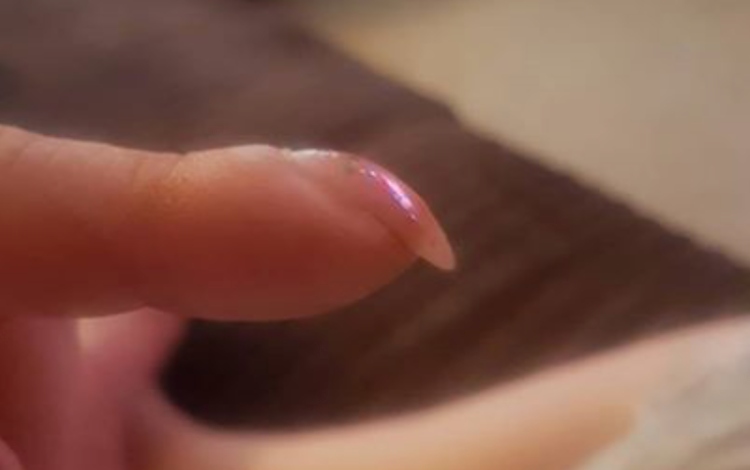 The shape of her nail is what is clinically referred to as “nail clubbing”, and it is often an indicator of disease in the body. Symptoms include softening of nail beds, sharply angled nails at the cuticle, red, bulgy fingers, or downward curving of the nail. It is common for all nails to be affected, but you may only see one.

Nail clubbing can occur with fingernails or toenails, and is often a sign of cancer, heart abnormalities, lung infections, Graves disease, and many other health conditions. When it happens, it’s an indication that oxygen is not flowing freely to certain body parts. And, as in this woman’s case, clubbing is common with lung-related problems.

Williams-Taylor shared her story in the hopes that it may help someone else. She was totally unaware that this subtle body change was connected to a serious health matter. If you notice clubbing, it is advised that you see a medical professional immediately.

What do you think of this woman’s story? Are you familiar with nail clubbing? Would you have thought to follow up on a body change like this one?