Teen Realized She Had Cancer After Noticing This Mysterious Symptom

Almost everyone has either been affected by cancer or knows someone who has been affected by it. It’s a scary illness that can come in many forms, and result in many different outcomes. Having said that, the very best way to give yourself a fighting chance against cancer is to do three very important things: 1) maintain a healthy lifestyle, 2) undergo all necessary screenings and/or preventative procedures that your doc orders, and 3) LISTEN to your body!

We know, we know, the first two seem relatively straightforward, but the third point is a bit too difficult for some to wrap their heads around. What we mean by “listening to your body” is that you must pay attention to any noticeable shifts; it may have to do with how you feel, or even how you look.

Cancer doesn’t always show signs right away, but there are some that should never be ignored. Take the example of Ashton Powell’s story, for instance. Just several years ago, Powell was an average Australian high school freshman–until she started noticing some very odd physical ailments.

In a piece that the teen wrote for her local news outlet, Townsville Bulletin, Powell details her scary journey as a young leukemia patient. It’s a harrowing story filled with tales of invasive treatments, a stolen childhood, and life-and-death situations survived, but what really caught our eye was the teen’s diagnosis experience.

According to Powell, she had spent weeks leading up to her 14th birthday feeling like she had come down with the flu. Her mother took her to see their family doctor, but the girl’s stomach symptoms and severe leg aches were dismissed.

After a time enduring painful symptoms that wouldn’t go away, she began noticing something even more alarming–bruises all over her body. That was when Powell knew that she was dealing with something much more dangerous than the flu.

A few days later I started to get bruises on my legs. For that one second, a terrible thought crossed my mind. I looked up at mum and said, “Do I have cancer?” I could see the worried look spread upon her face. Then she started yammering on about how there was no way I could have cancer. So the next day we went to go see my doctor, Dr Aung. We asked him about it, then mum asked if I could get a blood test. He agreed.

Upon receiving the blood test results, Powell was rushed to her local hospital, and later, to a better-equipped cancer facility in Brisbane where she officially started treatment. 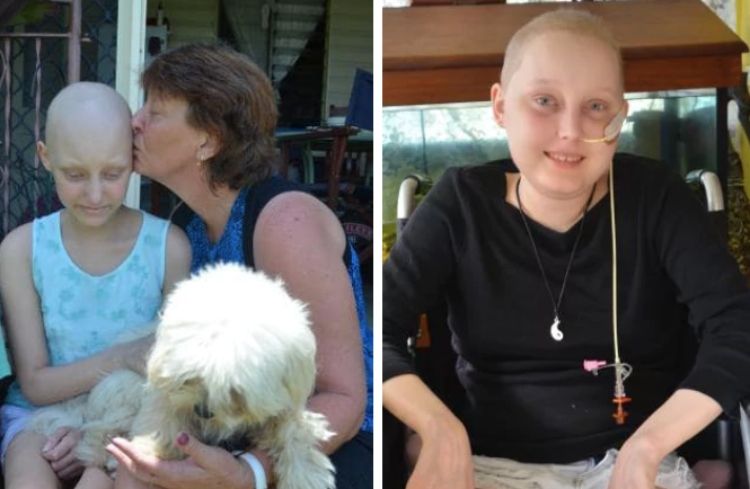 This marked the start of the teen’s several years-long battle with leukemia, one that she would ultimately win.

But, back to the bruises– we were amazed to hear that Powell had a sense that something was seriously wrong when she noticed these painful marks on her legs.

According to the Cleveland Clinic, bruising, along with anemia, a weakened immune system, swollen lymph nodes, and a general “icky” feeling are all tell-tale signs of cancer.

What’s more interesting is that leukemia is usually considered as a form of cancer that children get, but the reality is that a person’s chance of falling ill to it increases as they age. Definitely, something to keep in mind! 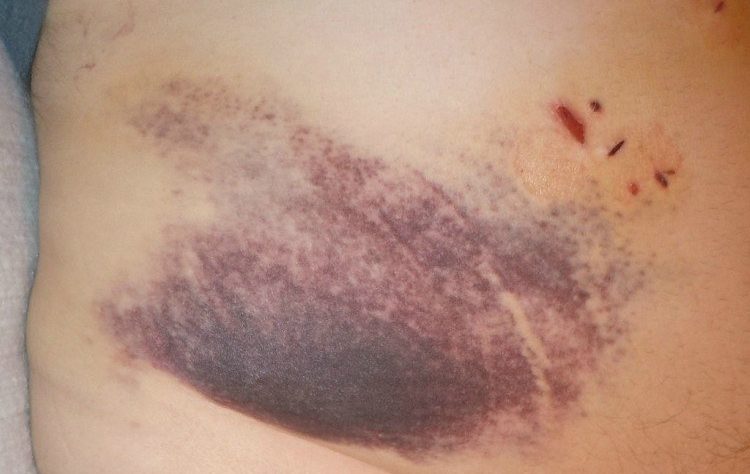 We’d love to hear your take on this story. Have you ever suffered from leukemia? If so, did you notice bruising before you were diagnosed? Do you have any tips for anyone who might be suffering from cancer?