Eat mushrooms, boost brain health. Isn’t that how the saying goes? Okay, maybe not, but we do have some good, brain-boosting news for mushroom lovers: A new study shows that regularly eating cooked mushrooms could potentially reduce the risk of brain decline.

The National University of Singapore study, recently published in the Journal of Alzheimer’s Disease, found those who ate more than 300 grams of cooked mushrooms each week reduced their chances of having mild cognitive impairment by about half. The study spanned six years—from 2011 to 2017—and studied Chinese seniors over the age of 60.

The 300 grams of mushrooms was more than the standard portion, which was three quarters of a cup of cooked mushrooms (an average weight of around 150 grams.) That means 300 grams is about two portions.

“This correlation is surprising and encouraging. It seems that a commonly available single ingredient could have a dramatic effect on cognitive decline,” said Assistant Professor Lei Feng of the NUS Department of Psychological Medicine, lead author of the study.

But what exactly is “mild cognitive impairment”? It’s that stage between cognitive decline of normal aging and the more serious decline of dementia, and is usually accompanied by memory loss, forgetfulness and confusion. They may even lose their ability to form sentences and experience difficulties with attention, but, for the most part, can typically live their normal lives.

“People with mild cognitive impairment are still able to carry out their normal daily activities,” said Feng. “So, what we had to determine in this study is whether these seniors had poorer performance on standard neuropsychologist tests than other people of the same age and education background.” 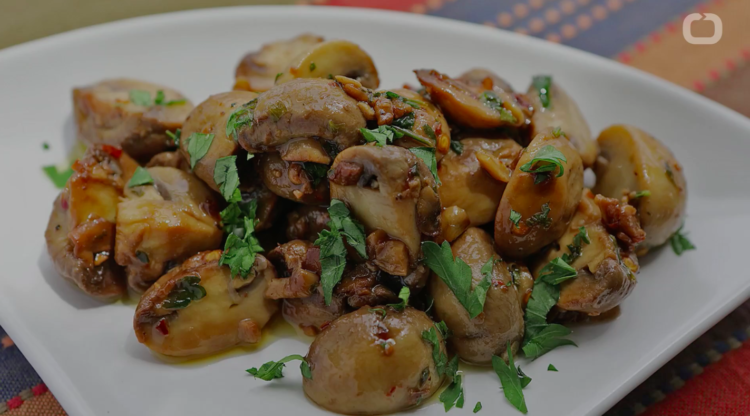 The way they did that was use neuropsychological assessments and in-depth interviews specifically designed to measure the various aspects of a person’s cognitive abilities.

Okay so what is it about mushrooms that helped to limit mild cognitive decline? Researchers think it has to do with a common compound found in almost all mushroom varieties called ergothioneine (ET).

“ET is a unique antioxidant and anti-inflammatory which humans are unable to synthesise on their own,” said Dr Irwin Cheah, Senior Research Fellow at the NUS Department of Biochemistry. “But it can be obtained from dietary sources, one of the main ones being mushrooms.”

The mushrooms participants ate in this study were golden, oyster, shiitake and white button mushrooms, as well as dried and canned mushrooms. However, the lead authors say the benefits of the study likely apply to other mushrooms as well.

Other compounds in mushrooms, such as hericenones, erinacines, scabronines and dictyophorines, may also be responsible for decreasing the risk of cognitive decline, experts say.

There’s a lot of big words going on here but the takeaway is this: Eat your mushrooms and you might be able to halt brain decline. It certainly can’t hurt!

Mushrooms actually have a pretty vast history, and have other proven health benefits as well. Check out the video to learn more!


What do you think of the results of this study? Pretty cool, huh? Do you think you’ll increase mushrooms in your diet now?