There are a lot of special times in a woman’s life—getting engaged, getting married, and, perhaps one of the best ones, deciding that she and her spouse are ready for a baby.

But getting pregnant isn’t as easy as it sometimes seems. If you’ve ever struggled to conceive after having the realization that you’re ready for kids, it’s probably one of the worst feelings in the world.

Unfortunately, this is a very common struggle. About 10 percent of women ages 15-44—a whopping 6.1 million—in America alone have difficulty getting pregnant or staying pregnant, according to the Centers for Disease Control and Prevention.

Additionally, about 9 percent of men and about 11 percent of women of reproductive age in the United States have experienced fertility problems, according to the National Institute of Health.

There are many factors that can contribute to infertility, including how old you are, whether you smoke or drink, poor diet, excessive stress and more. 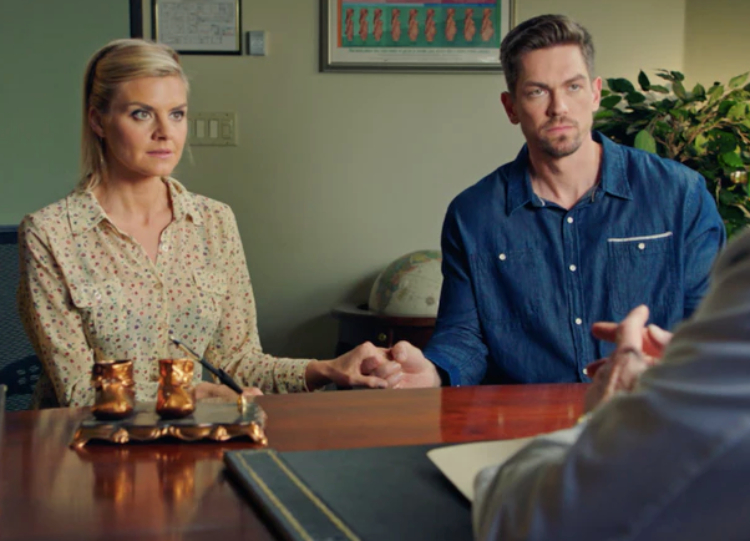 Making Babies is about a couple that has been trying absolutely everything to get pregnant ever since they got married. After years of not being able to conceive, they finally try out infertility treatments—and need to keep themselves from wanting to kill each other in the process (but don’t be fooled—their love shines through).

In the trailer for the film, after trying to get pregnant since she’s gotten married, Katie, the main character, played by Eliza Coupe, frustratingly tells her best friend, “As a woman this is the one thing I’m supposed to be able to do and I can’t do it.” We hear that.

But in a twist of events, we then learn in the trailer that it might actually be her husband John, played by Steve Howey who could be what’s causing the infertility problem. The doctor recommends that he go get his sperm analyzed, in which the two end up in a seemingly sketchy building (and probably a hilarious scene in the movie).

The trailer portrays the couple fighting with each other, the couple making up with each other, endless failed pregnancy tests, and so much emotion. The storyline of this rom-com is something that many women, and men as well, who haven’t been able to conceive can relate to. Even if you have kids, we still think the film will make you both laugh and cry.

So we know that the movie is probably going to be a hit, but what we don’t know is if Katie and John will end up conceiving. We can’t wait to find out when it comes to theaters!

For a sneak peak, check out the trailer for Making Babies below.

Whether or not you’ve faced struggles trying to conceive, does this movie interest you? Do you think you’ll go see it in theaters?