You’ll Love this Special Mother of All Wedding Dances

One of the most sacred of bonds – mother and son – has always been a special force in the world. When it comes to raising boys, moms love, teach, nurture, nag, and embarrass them so they grow up to be compassionate and responsible men. What’s even more amazing though, is when they grow up wanting to pop and lock at their weddings with their mamas on the dance floor!

Like the epically emotional father-daughter dance at a wedding, when mom and son take the floor it’s a way to honor that relationship. During his wedding reception, bridegroom Jared stepped onto the dancefloor, ready for a traditional mother-son dance. What started out as your typical, sentimental dance backed by Celine Dion’s Because You Loved Me turned into a fun performance. 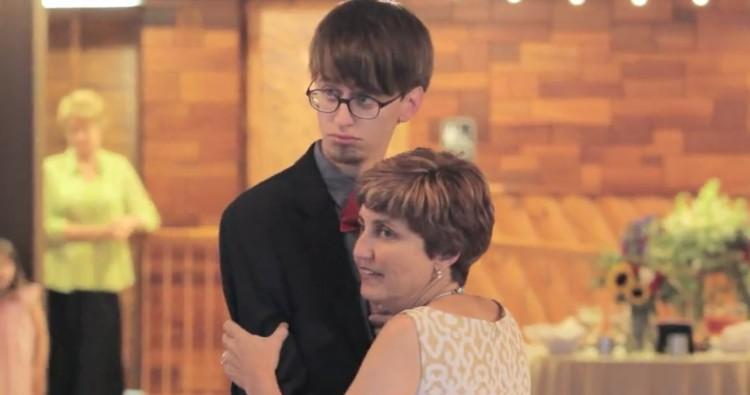 Rumble
All of a sudden, the Celine record came to a screeching halt, and Jared whipped out two pairs of shades—one for him, and the other for his mom. That was the first clue for what was about to happen. In bounced the beat for “Stayin’ Alive” and the two got down on the disco classic, complete with the finger point. This was the first in a medley of hits that surprised guests were treated to during the entertaining moment. All side chatter ceased and every set of eyes was on them.

The DJ then cut to MC Hammer’s “U Can’t Touch This,” and mom and son killed the famous Hammer time dance. They set the floor on fire to The Sugarhill Gang’s old-school hit “Apache,” doing the “Jump On It” dance made famous by the The Fresh Prince of Bel-Air. Other popular tunes included Psy’s “Gangnam Style,” “Crank it Like a Chainsaw,” and “Lean wit It, Rock wit It”; each song had its own set of choreography to match the song.

One of the crowning moments during the routine was watching the two of them do the stanky leg dance to the “Stanky Legg” song. Watching them turn it up with this dance was pure fun! If you’re not familiar, the stanky leg has been successfully executed by the likes of Arnold Schwarzenegger, Joe Manganiello, the Obamas, and of course Beyoncé. It’s also quickly becoming a standard at weddings, graduations, and other celebrations. 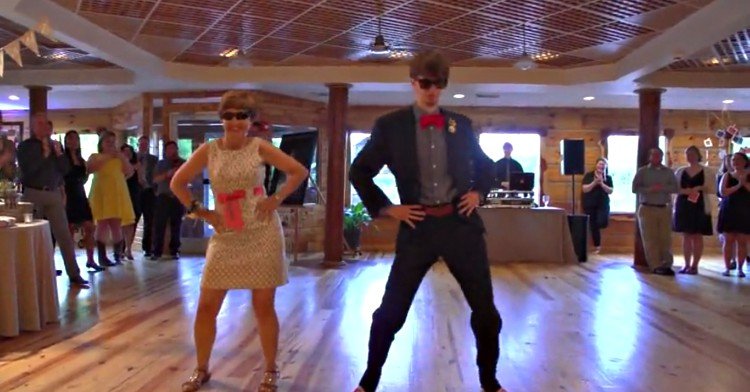 Rumble
The duo closed out their sequence with a classic and cool back-to-back stance, sunglasses and big smiles still intact. While it’s common for people to choose one song for the mother-son dance that won’t leave a dry eye in the house, Jared and his mom’s funky mashup was memorable and heartwarming. All the guests were smiling from ear to ear. We’ve got to admit that Jared’s mom really rocked it! As wedding dances go, this has got to be one of the most charming. Their sweet hug at the end further showed us what kind of relationship the two must have. For all you parents out there whose children have upcoming nuptials, why not celebrate with a dance twist like this? What do you think of this mom-son choreography? Rock with the video below from Rumble and share with us in the comments!
Share on Facebook
Most Popular