Kaitlynn Toporzycki
Snow. It’s beautiful. It’s fun to play in when you’re a kid (or an adult), but it sure does make life difficult.

While a shovel and a snow blower can come in handy after it snows, there are a lot of hacks out there that can help you get the job done even faster and easier. For example, one man came up with a way to remove snow from the roof of a house with a rope.

Then there’s the issue of snow turning into ice. Talk about slippery sidewalks!

However, before you can even try to walk down the sidewalk or drive a car down your driveway, you have to remove the snow. If you live in a house with a short driveway, perhaps a shovel would do the trick, but a longer or bigger driveway would require a snowplow. 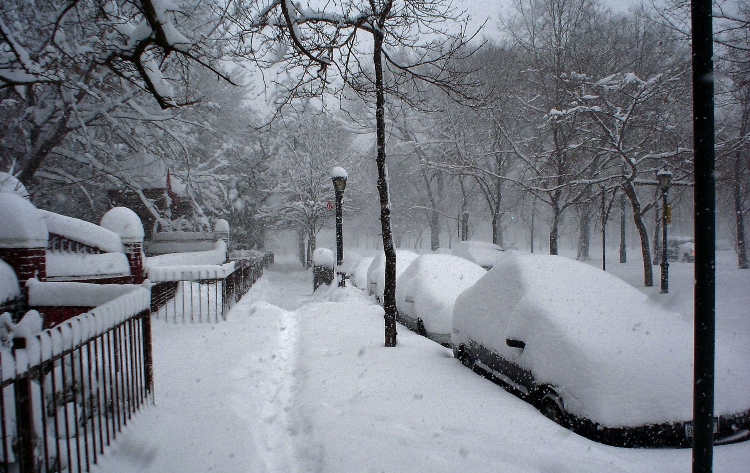 Jonathan Schill didn’t have a snow plow when he moved into his new home in Pennsylvania. He only had a shovel, which he quickly realized would not be enough to do the job of removing so much snow from his driveway.

Schill came up with a hack that has been shared more than 231,000 times since his fiancee, Kaitlynn Toporzycki, posted it on Facebook.

While Schill didn’t have a snow plow, he did have a lawn mower, the type you ride not the type you push. While it might seem impossible to use a lawn mower to remove snow, Schill proves that with some creative thinking, it really is more than possible – it’s very effective.

No, he didn’t cut the snow like you’d cut grass. He used the mower as the base for a makeshift snow plow. The snowstorm was shortly after Christmas, a time when many people are getting rid of boxes from gifts. Schill was able to get his hands on a very durable cardboard box from a 50-inch TV.

Schill strapped the box onto the front of his lawn mower and used it to push the snow off of his driveway. We’ve already watched the video Toporzycki recorded multiple times. It’s so impressive how well this contraption actually works!

We’re not the only ones who are impressed. Many people have posted very positive comments on Toporzycki’s facebook post. One person wrote, “He is so smart to think of this great idea.”

We have to agree. While a snow plow would do a slightly better job, this makeshift version definitely gets the job done.

Do you use a snow plow to remove the snow from your driveway?