If you’re a parent, you probably are very aware how expensive it is to have a child. Even if you’re not a parent, that’s a pretty obvious thing. The clothes, the diapers, the food, the diapers. Did we mention the diapers? Those babies can eat up our whole paycheck in just a few short weeks!

One new mom named Katie Kanefke was recently at Walmart in an attempt to stock up on her supply of diapers. Knowing that Walmart price matches other places, she was excited to save a bit of money on them.

But low and behold, when trying to check out with four boxes of diapers, she was told that she was only eligible to get a price match on the first box, and not the others. She was pretty upset, so she was about to leave in an attempt to find them cheaper somewhere else.

That’s when Carol Flynn stepped in. The former state director for the March of Dimes charity overheard Kanefke’s conundrum in line and couldn’t help but want to help. A firm believer in paying it forward, she knew she had to do something for this mama.

“I was standing in line and there was kind of a hold-up,” Flynn said. “I’m not impatient in my older days, but I noticed this young lady was standing at the checkout. I walked over to her, put my arm on my shoulder and I asked, ‘Is there a problem?'”

“Diapers are for babies and babies are on my heart,” she had told Kanefke, pulling out her credit card. “We’re always concerned about moms and healthy babies.”

“[Kanefke] said, ‘You don’t need to but thank you very much. I have one little boy and he sure goes through diapers fast,” Flynn recalled.

After Flynn gave the cashier her card to pay for $120 worth of diapers for this perfect stranger, Kanefke was in total shock.

“I couldn’t believe it. I was shocked,” she said. “I kept saying thank you and God bless you…Then I walked out in the parking lot and started crying. It just hit me. It was an awesome statement of what God’s love does.”

The only thing that Flynn requested in return is the promise that Kanefke would pay it forward with someone else. 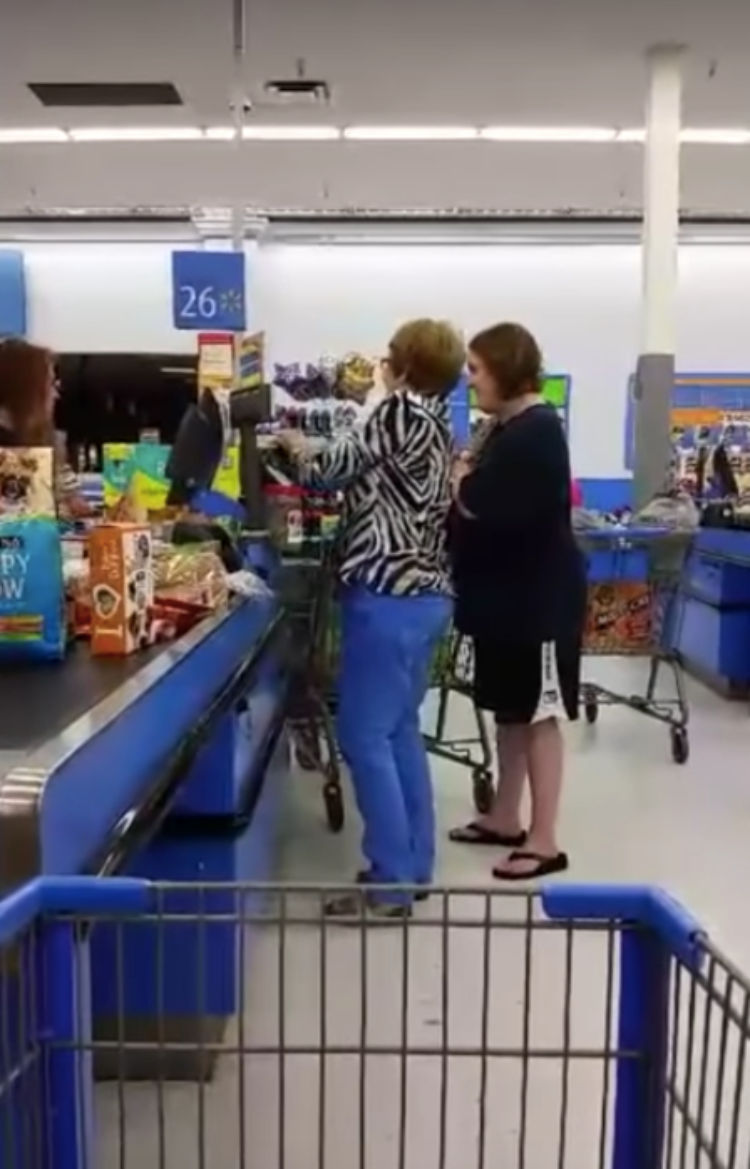 Neither of the women thought anyone was watching their exchange, but the man in line behind them saw the whole thing go down and decided to video the sweet moment on his phone, and then post it to his social media.

It of course went viral, resulting in nearly 300 friend requests for the man, whose name is Jason Yoshino.

“She kept thanking her. I think she was just more stunned than anything. When people are in that moment sometimes they just don’t know what to do,” said Yoshino.

To view the moment for yourself, check out the video below.

How sweet is it when someone pays it forward like this? Have you ever bought something for a stranger struggling to pay for their order?