Mom Turns Her Baby Into A Zombie For Family Horror Photoshoot

Most parents like to dress their kids up for Halloween in something that makes you say “aww”—you know, a cute little pumpkin or jungle animal. But not Tiffany Renfroe. She and her husband Daniel wanted to go with something a little, well, more horrifying.

For some background: The couple has three kids: Kaiden, 10; Gibson, 5; and Oakley, who’s just 11 months. All three—even Oakley, are very into classic horror movies. You know, like “Halloween,” where Michael Myers goes on murdering sprees. No, they aren’t even scared!

“I didn’t particularly want the kids watching horror movies because they would be scared. But they aren’t,” Tiffany explained. “They sit there picking out different artistic stuff and laughing at the ridiculous props, makeup, and costumes used in the old classics!” 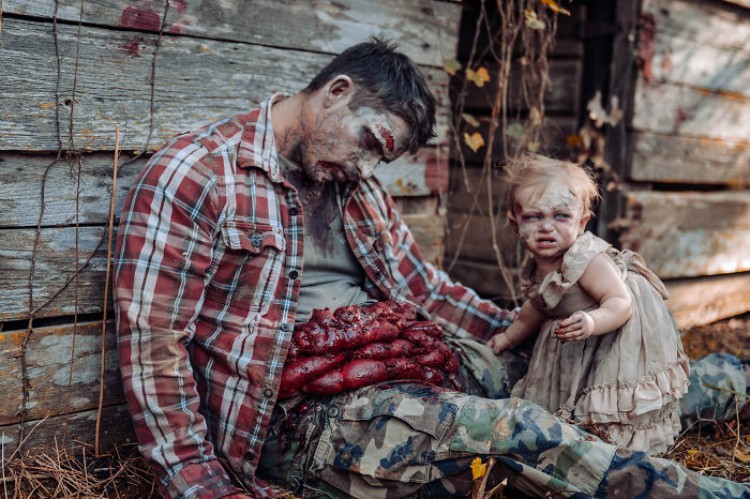 So what better way to celebrate Halloween this year than a little daddy/daughter photoshoot with Daniel and Oakey? It’s just not their style to dress in a frilly dress and dapper suit and tie. Instead, the family created a horror scene, one straight out of a horror film.

In most of the photos, Daniel is seen looking “dead,” with his guts hanging out of his stomach and blood and gore everywhere. But that’s nothing compared to little Oakley, who is as spooky as ever. While her eyes were edited for the photos, (as Tiffany puts it, the idea of putting fake contacts in an almost one-year-old is “hilarious when [she] can’t even wrangle her to change a diaper some days,” everything else is as real as it comes. 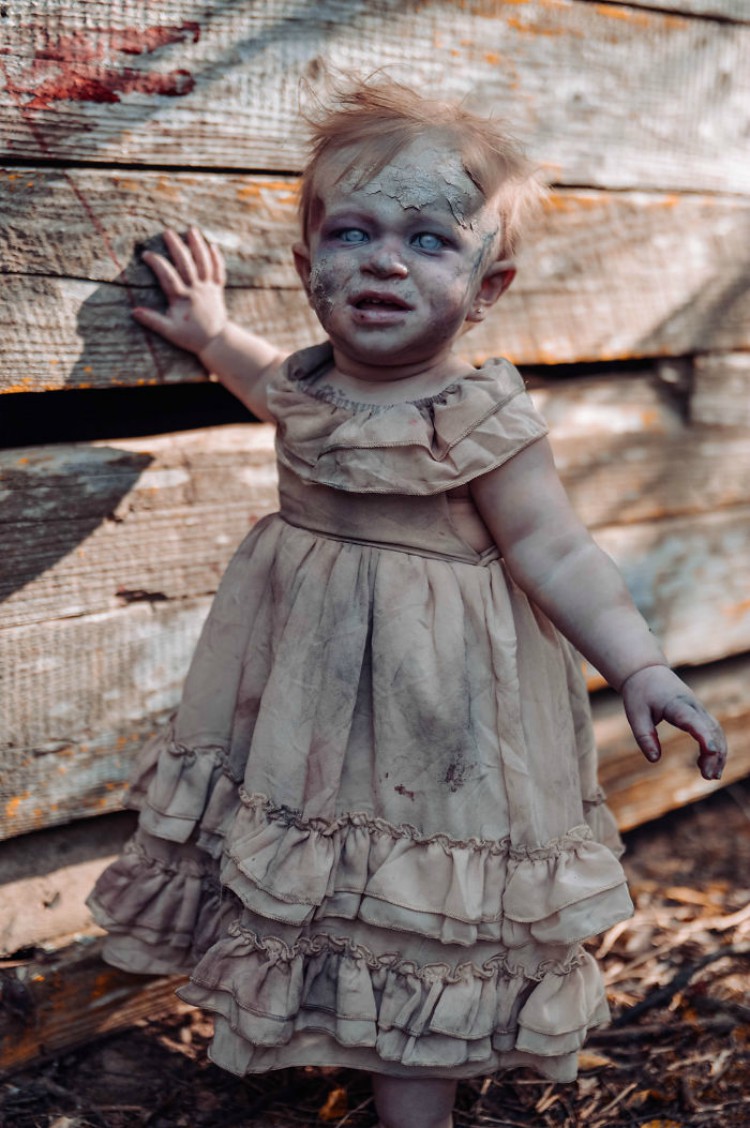 As part of the photoshoot, Daniel is wearing a Michael Myers mask and stages a plot to kidnap his little one. It’s so, so spooky unless you know how much they truly love this kind of thing. That, and the fact that Tiffany and Daniel really don’t take life too seriously.

“Daniel and I are very sarcastic, as people, as parents. Life is too short to take everything so seriously,” Tiffany said.

Tiffany said that the shoot really brought the family together. It wasn’t just about capturing the scene, it was spending quality time with each other.

“It was much more than taking some cool photos, it was family time,” she said. “I hope this not only reaches the fans of horror movie lovers, zombie lovers, and Michael Myers fans but everyone. There is a deeper layer to all of this, which is time spent with your family.” 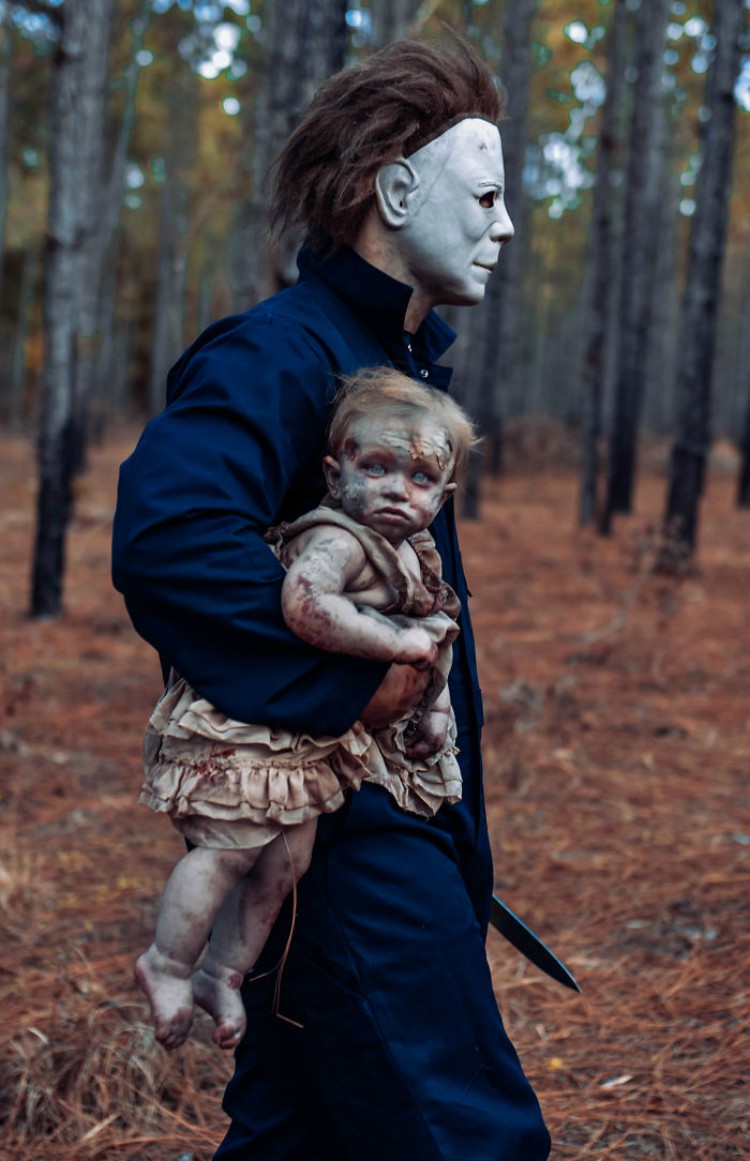 “Whatever you choose to do with your children, do something with them!” Tiffany continued. “Children need our time, they need us, they need laughs, giggles, hugs, and adventure. That is what they will remember. They aren’t going to remember eating cake and berries off of some fake intestines.”

Well, that’s a loving way to describe such a shocking, scary scene! We have to admit, these photos are pretty cool, though. You can view all the gory photos here!

What do you think of these photos? What’s your favorite classic scary movie?