TheEllenShow
When you send your kids off to school for the very first time, it can be nerve-wracking, not just for the kids, but also for the parents. You don’t have to be a helicopter parent to feel a little anxiety when you’re not able to see what your child is up to at school all day.

It doesn’t make it any easier if your child rides the school bus. While the bus is super convenient for parents who can’t make it to drop off and pick up, it’s also an extra level of trust. Now, your child is in a moving vehicle with other children, and the bus driver is in charge.

If your children ride the bus, they couldn’t ask for a better bus driver than Renita Smith. She has been a bus driver since 2014, and she literally calls the children on her bus her “babies.” The single mom of two says, “they’re my babies until I give them back to you.” 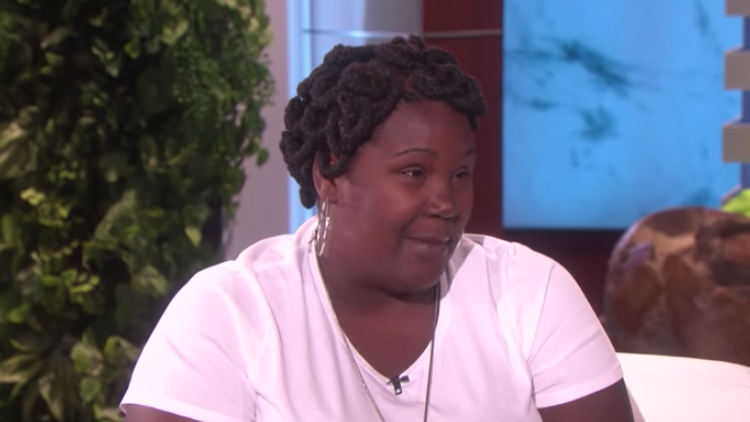 While Smith is clearly a conscientious bus driver, she was not expecting to become a hero.

The day started like a normal day. She was finishing up her last round of drop offs after school. She made her third stop when she noticed that the brake light on the bus came on. She thought that was a little odd but wasn’t concerned yet and started to drive to her fourth stop.

Everything after that happened quickly. The kids got in line, and Smith got them all off the bus. The neighbors even helped out by getting the children to safety. All of that is great, but what Smith did next makes her a true hero.

Smith says, “Then I ran back into the bus because I needed to make sure that all of my babies were accounted for.”

Yes, you heard that correctly. Smith ran back into a burning bus to make sure everyone made it out safely.

When Ellen heard about Smith’s story and that she was living paycheck to paycheck, she wanted to do something to help her out. Watch the video below to hear more about Smith’s heroic actions and to see the surprise Ellen has planned.