Mom Sees Newborn’s Face And Knows It’s Not Hers, Then Takes A DNA Test To Prove It

There are some horror stories that every parent, no matter where they’re from or who they are, lives in fear of. Having your child fall ill or get caught in a dangerous situation are things that most parents can barely think of – and this horrific story is one of those frightening scenarios.

Rich Cushworth and his wife Mercy Casanalles fell in love when they met at Christ for the Nations missionary school in Dallas. When Mercy got pregnant, she had to return home to give birth, as she was in Texas with a temporary visa from El Salvador. Rich stayed in the U.S. and awaited his wife’s return.However, as soon as the nurse handed Mercy her newborn son Jacob, she knew something was terribly wrong.

The birth was healthy and successful, and soon enough the delivery nurse was handing Mercy a beautiful baby boy – there was just one problem. As soon as the nurse handed Mercy her newborn son Jacob, she knew something was terribly wrong.

Mercy’s maternal instinct was screaming, telling her that, as unlikely as it seems, this baby in her arms was not hers. But she knew no one would believe her if she said anything – she wasn’t even 100% sure she believed it herself. So, Mercy took the baby back to Texas to meet his dad.

But, even months later, Mercy still couldn’t shake the feeling she got in the hospital. She knew it sounded crazy, but she kept telling Rich that this baby, whom they had named Jacob, wasn’t theirs. After a couple of months, Mercy had a DNA test done. 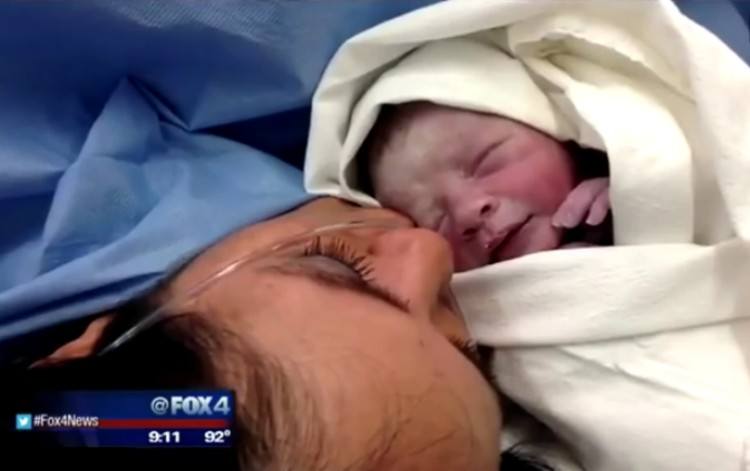 As it turned out, Jacob was not their son. She had always known it, but it wasn’t easy to accept. Biological or not, Mercy and Rich formed a strong bond with him. The only question left: where was their biological son?

After a couple of months, Mercy had a DNA test done. The nauseating results were exactly what Mercy had feared: Jacob was not their son.She had always known it, but it wasn’t easy to accept. Biological or not, Mercy and Rich formed a strong bond with him. The only question left: where was their biological son?

Even though she had known from the start, it was still not easy to accept that the baby they had been living with and raising for months was not theirs. The couple had a connection to Jacob, but they still couldn’t help but mourn over the biological son they had lost.

Meanwhile, Mercy, Jacob, and all their friends wondered: where was their baby?

After reaching out to the proper officials, Mercy and Rich returned Jacob to his biological family. However, the El Salvadorian government was not welcoming to their biological son Moses.They refused to give him a birth certificate or passport to travel to the United States for an entire year.

It was a long battle with the government, Rich and Mercy have come back home with their baby boy.

What do you think of this terrifying situation and its happy conclusion? Make sure to share this story if you enjoyed it!