When people think of divorce, they probably think that it’s one of the most horrible things that could ever happen to someone.

And it is—it’s terrible. You’re suddenly no longer with the person you thought you were going to be with forever, and more often than not, the split isn’t amicable. People assume you’re depressed, stressed, crying all the time…

The thing that a lot of people don’t realize is that divorce can be kind of beautiful. And uplifting. And gratifying. Imagine you were in a bad relationship for so long—one where you’re constantly yelling at each other or sleeping on the couch or sometimes not even talking. Now you’re finally getting away from that. It can truly be a good thing.

One woman decided that instead of sulking about her divorce, she wanted to celebrate it. It was, after all, a decision she wanted to make, and something that would change her life forever. 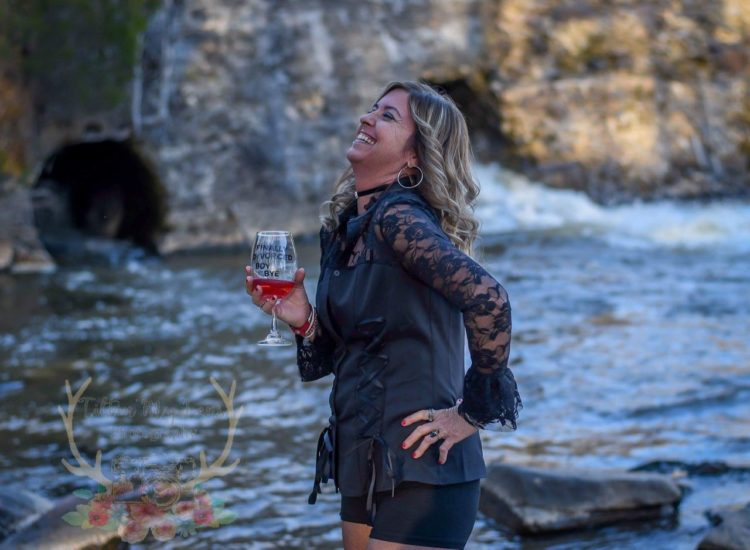 Meet Marie Lollis of South Carolina, who was married to her husband for 13 years. Three years ago, they decided to separate from each other, and only recently did they make their divorce official.

“I wasn’t angry, I was excited,” Lollis says of her divorce. She knew she wanted to do something to commemorate it. “I thought about it for a few months, and I said to my brother’s wife, who is a photographer, we should do a ‘divorced diva photo shoot,” she explains.

That’s right: A divorced diva shoot…which is exactly what it sounds like. Lollis got all dressed up in a sexy outfit complete with high-heeled stilettos, jewelry, makeup, the works. She ventured off into the woods at a park, drinking wine from a goblet that said, “Finally divorced, boy bye.”

She did have to do a little recruiting for her outfit, the 47-year-old says. “A bunch of people lent me their clothing and a high school friend I hadn’t spoken to in 20 years offered me her thigh-high boots,” Lollis says. “When I explained why I needed them, she said, ‘Come get ’em.” 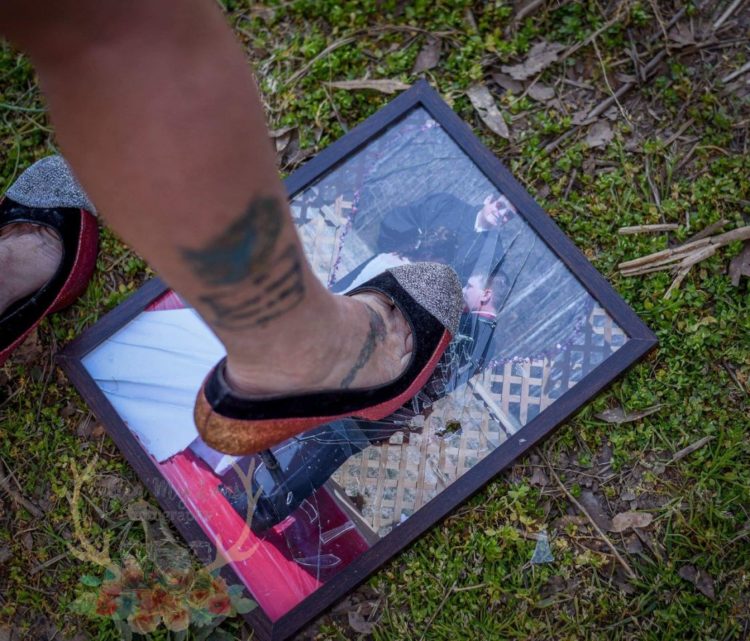 The shoot itself, Lollis says, was a blast. “We were cutting up laughing the whole time,” she says. “My brother was standing behind the camera dancing and saying, ‘Hey boo.’”

Even though people associate divorce with negative feelings, Lollis’ sister-in-law, Natsha , says that the photo shoot “helped her feel free and strong. She released everything.”

And that’s exactly what this whole experience was about. Not to give off any ill feelings towards her husband, but to help her feel like she was moving on to her new, better life. “I didn’t want to bash him,” she admits. “I just want women to know you can be happy after divorce.”