Being a parent is hard. We speak from experience. It doesn’t help that it seems there are always arguments for and against all common parenting struggles. Like, do you let your child cry it out or not? Parenting can be confusing and sometimes overwhelming.

This is why moms sometimes seek out mom friends. It can be helpful to have someone to vent to who really understands, and it’s even better if your kiddos are about the same age and can play together while you chat. Everybody wins.

One place that kids love to play is a public park. It’s great for playdates because you don’t have to worry about cleaning the house before or after the playdate, and it’s not necessary to have a conversation with your kids before the playdate about how they need to share their toys with their friends. They won’t be playing with their own toys. They’ll be running around and sliding down the slide and swinging on the swings.

One mom who reached out to advice columnist Carolyn Hax during a Washington Post live chat shared that she has a daughter, and that she had been meeting up with some other moms and their daughters at a public park. Sounds fine, right?

Well, everything was hunky dory in this mom’s world until a mom that wasn’t part of her group showed up at the park with her son.

The mom told Hax, “I asked her (nicely, I thought) if she would mind leaving because we had wanted it to be a girls-only time.”

Remember, this is a public park that we’re talking about.

The mom goes on to explain, “She refused and seemed angry at me. If she comes back, is there a better way I can approach her? This has been such a sweet time for moms and daughters and having a boy there is naturally going to change things.”

If you have a boy, and you show up at the park with him, how would you feel if a mom with a daughter asked you to leave? 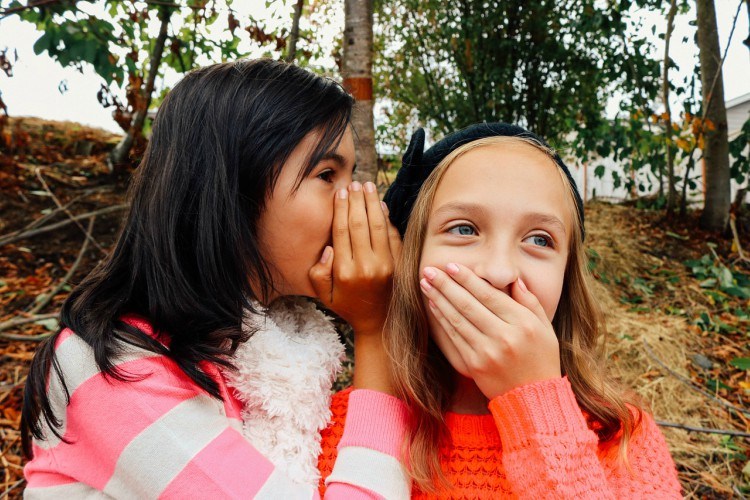 The mom continues, “We live in a world where boys get everything and girls are left with the crumbs, and I would think this mom would realize that, but she seems to think her son is entitled to crash this girls-only time.”

Hax’s response? “Goddess help us all.” She tells the mom that “shooing off the mom and her boy was terrible…That kid is a human being–not with privileged little man feelings, either, but with feelings, period.”

As far as girls being “left with the crumbs,” Hax says, “the adult you shooed off is a mom, possessor of the same crumbs you’ve been fed, no? So don’t you think she would have just liked to hang with some fellow moms in the park while she was out with her child?”

True enough. Hax seems to feel that it shouldn’t be girl moms vs boy moms but simply moms.

Hax’s recommendation to this mom is to hold her girls only gathering at a private location instead of a public park if she wants to exclude people.

That sounds like a good solution to us. It’s not that there’s anything wrong with having a girls-only gathering; it’s that you can’t tell another mom to leave a public park just because she has a son instead of a daughter.

What do you think about the girl mom’s request? What would you have done if you had been the boy’s mom?