So far, these PyeongChang Olympic games have been one of the most memorable yet! We’re still in week one, but we’ve already been greeted with plenty of incredible talent. Of course, the favorites, like half-pipe snowboarders, Shaun White and Chloe Kim, did what we all predicted they would do—they both won golds—but there have also been quite a few surprises thus far.

Take the ice skating events, for instance. The level of artistry and athleticism from all of the skaters has certainly been top notch (these men and women are the best in the world, after all), but one woman, in particular, has completely stolen the show.

On the night of the Olympic figure skating team event, U.S. skater Mirai Nagasu took to the ice and quickly made history. The 24-year-old California native scored the second-best in the ladies’ free skate category, a feat that helped her team win a bronze medal that night, but there was, essentially, just one move in her routine that brought her to that high score—the triple axel.

Anyone who knows a thing about figure skating is well aware of the fabled trick. It’s a super difficult move that has taunted many a skater—in fact, only three U.S. ladies have EVER been able to land it. Tonya Harding pulled it off back in 1991 and Kimmie Meissner in 2005, but, until the night of February 11th, no American woman had ever done so at the Olympics.

To give you an idea of just how difficult the triple axel is, Nagasu is just the third woman in Olympic history to successfully complete the move. It’s an incredible statistic, but one that makes a bit more sense when you take the time to consider its difficulty.

In order to successfully pull off the triple axel, the skater must go into the jump while keeping their entire stance forward. From there, she must perform a total of three-and-a-half rotations mid-air before oh-so-gracefully landing back on the ice. 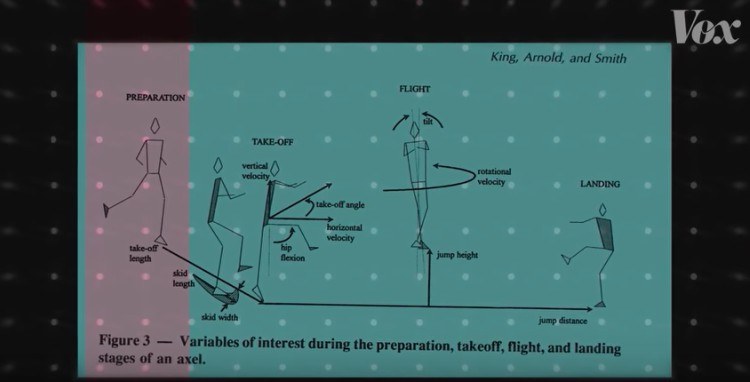 The skater first came to the Olympic games back in 2010 in Vancouver when she was just 16 years-old. Though she skated well (she finished in fourth) her performance didn’t end up guaranteeing her a place on the team for Sochi.

You see, Nagasu ended up winning a bronze medal at the 2014 U.S. Figure Skating Championships, an achievement that should have promised her a spot on the team, but she ended up being passed over for the fourth-place finisher, Ashley Wagner.

Interestingly, the same system that helped Ashley Wagner back in 2014, hurt her earlier this year, when the popular skater again finished fourth at the national championships. But, instead of going with her, the judges decided to keep to their traditional selection process and send second-place Nagasu, as well as winner Brandi Tennell and third-place finisher Karen Chen.

The story becomes even more captivating when we consider what the 24-year-old Nagasu was doing at this very time just four years ago.

According to her teammate, Adam Rippon, another skater who had been passed over for the Sochi games, she and him were eating In-N-Out burgers on the roof of his house the night that, if the odds had been in their favors, they would be skating for the U.S. in Sochi. Certainly, an astonishing story considering both skaters have been the darlings of the PyeongChang games.

We’re just so proud of this talented American! To see stunning photos of Mirai Nagasu’s historic triple axel, be sure to watch the video below. We wonder if any other American skater will ever be able to replicate this feat…

We’d love to hear your thoughts on Mirai Nagasu’s triple axel. Were you surprised that she landed the move? Who is your favorite Olympian? Do you think Ashley Wagner should have been chosen for the PyeongChang Olympic games?