In this day and age, being married for 30 years is a huge deal. Heck, being married for 20, 10, or even 5 years is a massive accomplishment, too! But there’s something about Michael J. Fox and Tracy Pollan’s love story that’s immeasurable against others. They recently came up on their 30th anniversary, and are truly the definition of “in sickness and in health.”

The two met in 1985 when Pollan auditioned for Family Ties, which Fox starred on. She was only on for one season, so they didn’t quite romantically connect then (at least off screen—on screen they played boyfriend and girlfriend, coincidentally!).

It was two years later when fate brought them together and they filmed Bright Lights, Big City together. Fox wound up asking her to lunch, they got hitched a year later, and the rest is history.

But it certainly wasn’t an easy ride from there. They were married only three years before Fox was diagnosed with Parkinson’s disease in 1991, when he was just 29 years old. By this time, they had their first son, Sam Michael, who was two years old at the time. They later welcomed their twins Aquinnah Kathleen and Schuyler Frances, in 1995, and one more daughter, Esmé, in 2001.

Parkinson’s is a serious neurodegenerative disorder that causes tremors, slurred speech, and the muscle stiffness, among other symptoms. In addition, Fox has also struggled with alcoholism in the past.

Even still, Michael has had an amazing outlook on life, as well as marriage. He now devotes much of his life to advocating and raising awareness for Parkinson’s disease. He’s a very positive person to have gone through as much as he did. 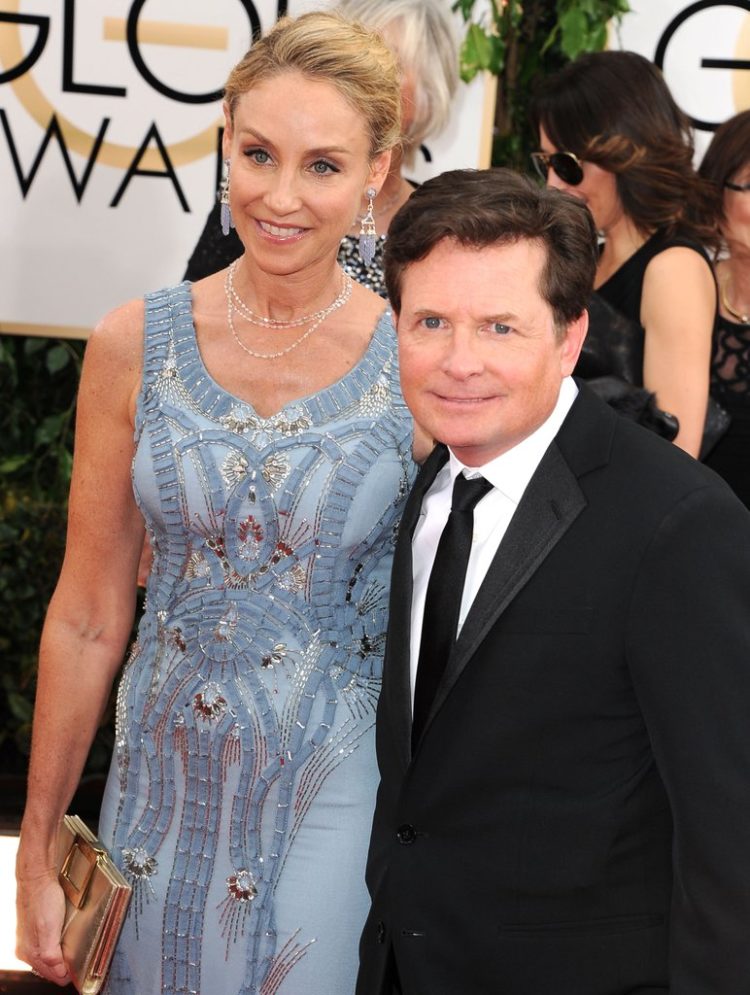 And his wife is equally as optimistic and positive. Pollan has stood by him for three decades as her husband went through what he did.

“There were a lot of questions I was afraid to ask Tracy,” Fox said. “Like, ‘Does it scare you that I’m sick? Do you not love me because I’m sick?’ I didn’t ask her those questions. But nothing Tracy was doing was showing me that she didn’t want to be with me.”

Of course, while that’s an important trait in marriage, that’s not necessarily why they’ve lasted as long as they have. The two recently both shared their thoughts on what the secret to their happy marriage is.

The secrets to 30 years of happy marriage

Pollan: “Just give each other the benefit of the doubt. He assumes I’m doing the best I can.”

For instance, instead of assuming that Pollan left her hair in the shower drain just to spite Michael, he understands that she wasn’t doing this out of malice. (Do celebrities even get hair stuck in the shower drain? I digress). That’s just an example. Point is, they learn to understand where they other is coming from and if something doesn’t go the way it was supposed to, it doesn’t mean they didn’t try their hardest. They understand that and move on.

As mentioned, Fox is a truly genuine, optimistic person. For someone who has endured quite the scary past, he knows that in order to be happy in marriage, you have to be happy with yourself—and celebrate those too.

To see Michael’s view on how he carries on with this disease with positivity, check out the video below.


What do you think of Michael and Tracy’s marriage advice? Can you believe these two have been married for 30 years, or that it’s been 27 years since Fox was diagnosed with Parkinson’s?