On Wednesday, February 14, 2018, the United States saw the latest in a tragic line of mass shootings. This one happened at Marjory Stoneman Douglas High School in Parkland, Florida (Broward county). Witnesses say that a fire alarm was pulled, and when students and staff began entering the halls, the suspected shooter (Nikolas Cruz) began firing on the innocent victims.

When it was all over, 17 people were dead, and more wounded. We can’t imagine the pain, sorrow, anguish, and anger that people in the community are feeling. One thing’s for sure–this is an issue that’s touching people all across the nation. 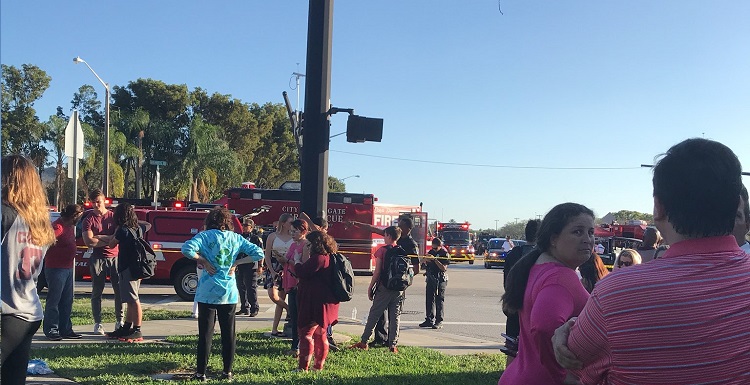 The texts, pictures, and social media posts made by students who were there during the shooting shed light on what they felt while it was actually happening. These are heartbreaking, but help us understand just what this horrifying experience was like.

Aiden Minoff, for instance, snapped a picture of students huddled under desks for safety, and posted the image to Twitter. In his message, he wrote that “My school is being shot up and I am locked in side I’m f***ing scared right now.”

Other students used those tense moments to sent messages to their family. A student named Brittani sent her mother a message that simply said “We’re on code red. I’m fine.” Minutes later, as the situation escalated, she followed up with “Mom, I’m so scared.” Thankfully, the two were later reunited.

Having to wait to get to their children, unable to know what was really happening, parents were also incredibly anxious. One 14-year old texted his father not to come and pick him up yet, because “you could get hurt.” Another, James Harrison, texted his stepfather instructions not to call him, because he was hiding.

Harrison, like many students, reached out in those tense moments to say that they loved their parents and other family members. He texted his stepfather “I love you” and that he was “really scared.” Another student sent the heartbreaking message “If I don’t make it I love you and I appreciated everything you did for me.” It’s hard to fathom the effect of seeing those words, or of having to send them.

Some students just tried to send messages to let family know they were ok. Another student sent his father a text that said  “Mom and Dad, there have been shots fired on campus at school. There are police sirens outside. I’m in the auditorium and the doors are locked,” and later let him know “I’m fine.” 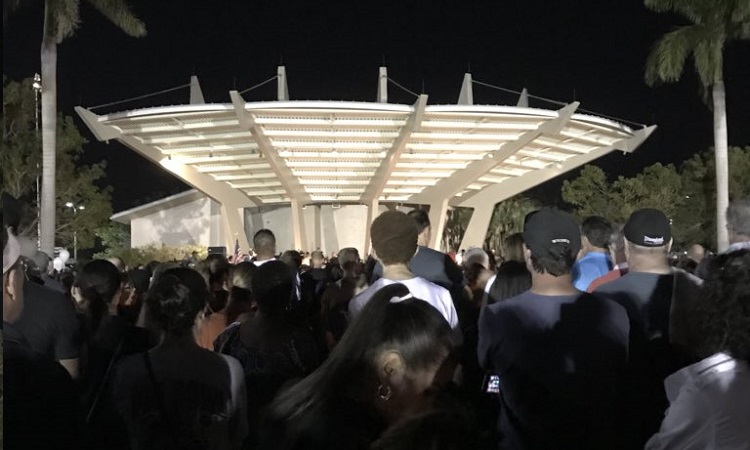 Yet many students felt like the one who told BuzzFeed he thought “everyone will just forget about us a week later, like with all shootings. Just another number.” Our hearts go out to the victims, their families, and the communities affected by this shooting. We don’t think anyone who has lived through this should be made to feel like just another number. We’re looking to lawmakers and officials to do what they can to prevent a tragedy like this from ever happening again.

How has the tragic shooting in Florida impacted you? Do you have ideas for how we can support the students and their families?