If you’re a Meryl Streep fan, you’ve probably seen The Devil Wears Prada or Mamma Mia over and over again. The award-wining actress is a true genius on screen, whether she’s starring in a comedy or drama.

But even if you love all her movies, how much do you know about her real, private life? The truth is, she has it pretty great when it comes to her personal life. But it wasn’t always that way.

Let’s start from the beginning. Back in the 70s, Meryl was dating her co-star actor John Cazale. They were dating for about two years when she moved into his apartment in Tribeca and things were going really well. Better than really well. They were two of the best actors of their time, and pretty much had it all.

Until one day in May of 1977. John started to feel very sick and kept missing work, so he went to see his doctor. A few days later, their whole world was turned upside down with some news: John was diagnosed with lung cancer, and not only that, but it had spread throughout his body.

He went through treatments and fought as much as he could, but with Meryl by his side, John died on March 12, 1978 at the age of 42.

“She doesn’t talk about it much,” says Michael Schulman, who talks about this tragic time in Meryl’s biography Her Again. “But that year was so wildly eventful and dramatic in her life. It was instrumental in shaping who she was as a person and an actor.”

Ain’t that the truth? It was just a few weeks after John’s death when one of Meryl’s two brothers came over to help her pack up her belongings. And of course, who other to bring along than one of his brawny man friends to help. That man? Don Gummer. 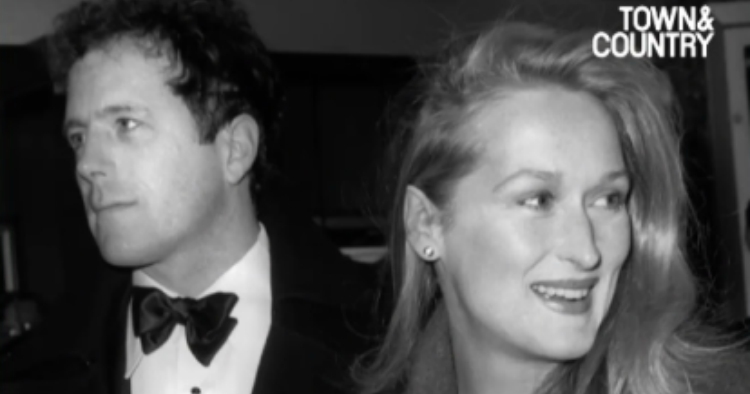 It didn’t take long for the two to fall head-over-heels for each other. In fact, it took only a very, very short time.

At first, it was simply Don being a gentleman. He let her stay at his apartment while he traveled, since Meryl couldn’t bear the thought of staying in the apartment that she had shared with John. But when Don got back, she continued to live there. And they were never apart since.

The wedding happened quick—they were only together six months when they said, “I do” in her parent’s backyard garden. Friends and family were certainly skeptical of the fast marriage, but nearly 40 years later, the two are more in love than ever.

And those 40 years together has been nothing short of amazing. They raised four children: Henry, Mamie, Grace, and Louisa, who are all successful. Henry works as a professional musician, Mamie and Grace both took after their mother and work as actresses, and Louisa is a model. They grew up in both Connecticut and Los Angeles.

To get a glimpse into how their love story developed, as well as to see some adorable photos of the two throughout those four decades, check out the video below!

Sometimes the most shattering events in our lives are the ones that lead to the most gratifying. Have you or someone you know ever had an experience like this? Did you know Meryl Streep experienced such heartbreak and love throughout her life?