Any couple who has successfully thrived in a long-term relationship will tell you that, when it comes to longevity, there is one thing that both parties need to do—compromise. Yep, even typing that word makes us recoil because, unless you’re a masochist, compromising just isn’t that fun!

That said, it’s a relationship tool that can act as a very necessary equalizer, and it’s something that everyone needs to do at one time or another—even soon-to-be royals.

Take Meghan Markle, for instance. The former actress and now-fiancée of Prince Harry is, without a doubt, one of the most envied women in the world right now. She managed to nab a royal who is not only an all-around great guy but who is also quite the handsome lad. Nevertheless, her transition into the Royal Family is not without its challenges.

Royals may be highly privileged people, but their status does come at a high cost. They don’t have the freedom to take a low-key walk in the park or even eat certain foods in public. Yep, there is a laundry list of strict rules these folks must follow, a fact that can be rather jarring for the newer members of the family, like Harry’s main squeeze, Meghan.

Perhaps the most obvious lifestyle change that we’ve seen Meghan Markle adhere to so far is the deleting of her social media accounts.

Before going “official” with Prince Harry, the former actress was the quite the social media whiz kid. She had amassed a legion of dedicated followers that was in the millions, with many of these fans having stuck with her years prior to the royal engagement.

In 2014, the entrepreneurial Meghan was even able to parlay her social media success into what she described as a “passion project,” a personal lifestyle blog called The Tig. Surprisingly, The Tig was the very first social media related entity to fall by the wayside—Meghan ended up closing down the site in April of 2017.

Now, we were able to stalk (oops, we mean follow) Meghan on Instagram before she officially deleted her account, and we have to say that she will be missed. Her posts were always simple—AKA selfies galore! —but each and every one had an air of positivity that really brightened up our day. 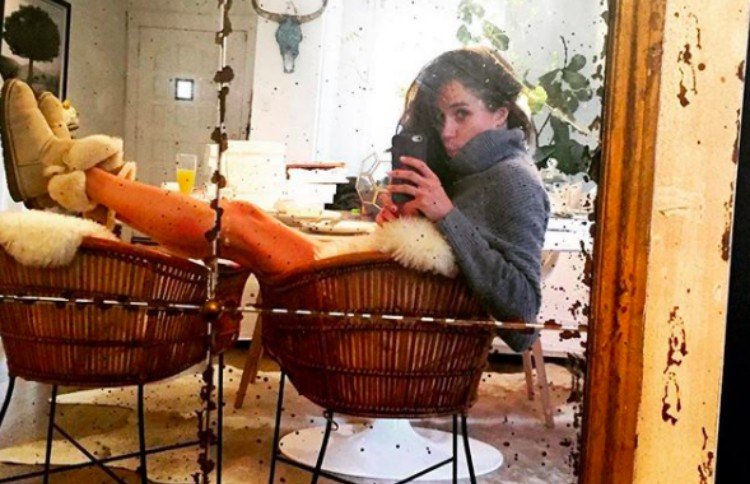 To learn about even more ways the soon-to-be blushing bride will have to compromise, including one that involves her fingernail polish selection of all things, be sure to watch the video below. Meghan sure is having to make some changes, but something tells us she’s happy to be spending her days at Kensington Palace with her beau!

We’d love to hear your take on Meghan Markle’s necessary royal sacrifices. Do you think royals should be allowed to use personal social media? Are you surprised that Meghan is making these sacrifices for Prince Harry? If you were in her shoes, would you push back?