Duchess Meghan Thanks Her Mother In Wedding Speech

Weddings are about love—between a bride and groom, of course, but we also can’t forget about the parents of the couple as well.

If your parents are in your life and you’re close with them, you probably find yourself getting emotional thinking about them or seeing them on your wedding day—sometimes just as much or even more so than your spouse.

Meghan Markle was certainly feeling all sorts of emotions towards her mother on her wedding day. On May 19, she tied the knot to Prince Harry in one of the biggest weddings of all time, but there were also lots of tears involved. Happy tears, of course!

While you might have heard that Meghan’s dad, Thomas Markle, wasn’t healthy enough to attend the wedding after having to undergo heart surgery to repair damage from a previous cardiac event, and unfortunately had to miss his daughter’s wedding and wasn’t able to walk her down the aisle, Meghan’s mother, Doria Ragland, who is divorced from Thomas, was in attendance.

And if you tuned into the wedding at all, you probably saw her fighting back tears pretty much the entire day. It must be so surreal to see your baby girl on her wedding day—especially in such a newsworthy one!

It turns out, Meghan was just as emotional to have her mom there with her on such a momentous occasion, and she made that known in a beautifully heartfelt speech she gave during the reception. 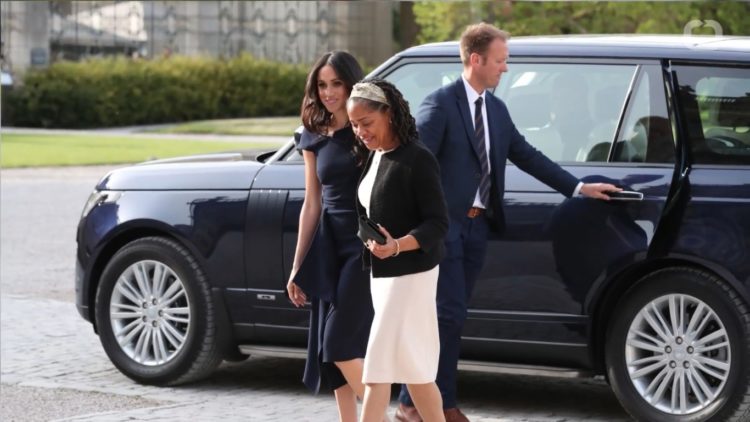 Now typically in a royal wedding, the best man and hosts are the ones who traditionally make a speech, and the bride usually doesn’t need to say anything. However, we know that Meghan has broken many royal protocol rules to keep her wedding her own, and she wasn’t about to stop now. She took to the microphone to give a brief speech to thank the important people in life—and apparently she got really emotional doing it.

Meghan stood up and first directed herself towards her mother. With tears in her eyes, she stated, “You have always been there for me through everything.” Meghan and Doria have always been close, especially after Doria and Thomas got divorced when Meghan was just six.

Additionally, Meghan thanked her new royal in-laws, as well as Prince William and Duchess Camilla for being such great hosts for their big day. She also talked about how grateful she was to them for welcoming her—as well as her mother—into their family with open arms. We can imagine everyone was fighting back tears during the entire speech.

Prince Harry then followed his wife’s touching speech with his own. It was just as touching, but he added just a little humor to it to lighten the mood. He said that Meghan has conveyed much grace and dignity after being in the public eye, and that he “cannot wait for them to be a team.” Also, every time he referred to Meghan as his wife, everyone cheered. How cute is that?

For more on Meghan’s poignant speech about her mother and family, check out the video below!

Do you enjoy listening to speeches at weddings? What do you think of Meghan and Doria’s bond? Did you, or do you think you’ll get emotional seeing your mother on your wedding day?