This year, we’re taking funny, happy, good news where we can find it. And no “fairy-tale-happy-ending” story has captivated us – or all of you! – more than that of American-television-star-turned-British-royal Meghan Markle and Prince Harry.

After all, there’s nothing better than a wedding— especially one with all the pomp and circumstance of a royal wedding. And everybody knows that the centerpiece of any wedding, royal or “regular”, is The Dress.

So you can just imagine the worldwide hubbub that started once people started hearing that sketches had been leaked of Meghan Markle’s wedding dress. Refinery29 reports:

Kensington Palace has requested Israel-based bridal designer Inbal Dror send over sketches for potential gowns for Markle to wear during her May 19 ceremony.

“We received a request from the royal family to send a sketch,” a spokesperson for the designer tells the magazine. “Unfortunately it’s a secret and I can’t give more details about the sketch.” [. . .] One of the drawings features long sleeves, a high neckline, and a long train.

Though unconfirmed, the designer’s drawings are likely one of many the palace requested for the big day.

Talk about wedding pressure! Markle seems to be handling it all with grace, though, understanding that everybody’s just so eager and excited to see how this newest royal bride will continue the gorgeous tradition of wedding dresses beautiful enough for a princess. 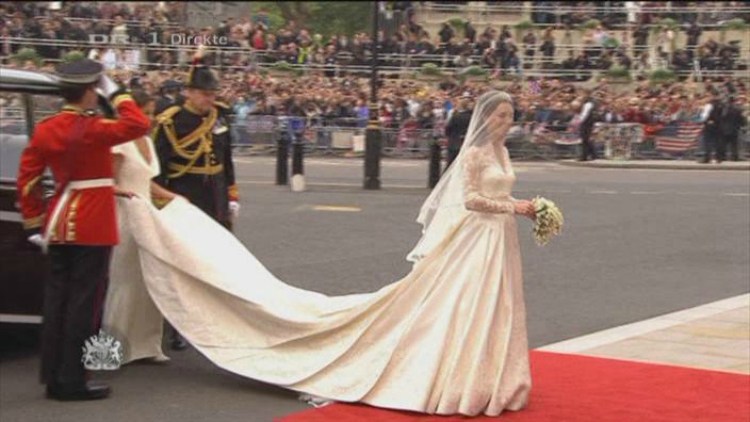 Expectations and responsibilities are obviously different from Duchess Kate than they are for Meghan Markle, but since the last British royal wedding was that of the former Ms. Middleton and Prince William back in 2011, comparisons between the two are going to be inevitable. Knowledge of that coming conversation surely has to be in the back of Ms. Markle’s mind.

It’s understandable, considering what an instant classic the future Queen Consort’s dress was when she first stepped out of the car to enter Westminster Abbey on that April morning six years ago. The lace and ivory-and-white satin gown, envisioned by Alexander McQueen designer Sarah Burton, drew inspiration from other historical and legendary royal wedding dresses like Princess Margaret’s, Grace Kelly’s, and even Queen Elizabeth’s.

And as any bride can tell you, Kate’s dress definitely influenced the fashions for the past half-decade— just like we anticipate many Markle copies in the one to come! 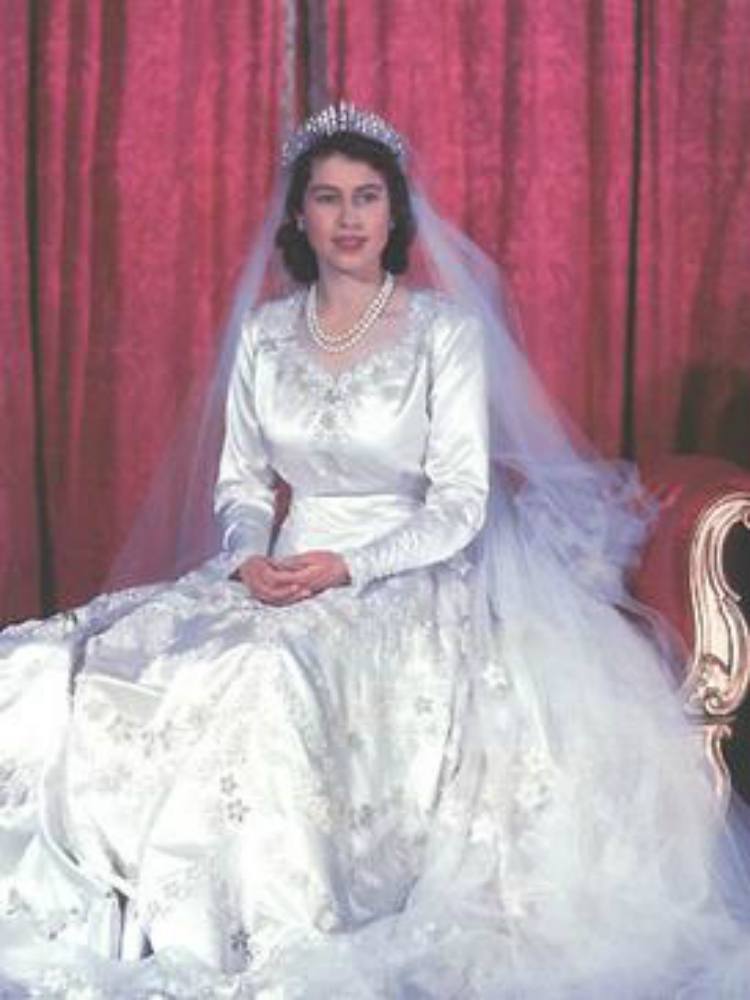 When the Duchess of Cambridge was planning her nuptials to Prince William, it made complete sense that she would draw inspiration from her grandmother-in-law. Queen Elizabeth II’s wedding dress – designed and worn when she was still simply Princess Elizabeth – is memorable not only for its beauty, but for the frugality with which she had to have it made.

Why? Because Elizabeth married Prince Phillip in 1947, only two years after the end of World War II. Britain was still in the midst of post-war austerity measures, and subsequently, the princess had to purchase the gown using rationing coupons. Yes, even the royal family participated in rationing— although the government did allow her 200 extra ones in consideration of the importance of the event for the realm!

In fact, Elizabeth’s wedding was such a big deal to the whole country, regular citizens tried to mail their rationing coupons to the princess. It would have been illegal for the princess to use them, however, so she had to return them to their kindly givers.

The result of all this careful, frugal planning? A dress as beautiful as it was responsible— and potentially inspirational for the NEXT royal bride!

So will Meghan Markle draw inspiration from the gowns of her future in-laws? Will she go traditional or surprise us all with her own unique vision? Watch the video below from Wochit Media to find out and to gather hints from the leaked sketches.

What do YOU think Megan Markle’s wedding dress will be like? Are there any other historical royal gowns you love?