Meghan Markle Candidly Opens Up About the Struggles of New Motherhood

Being a new mom is no easy task—not even for the most royal of mothers, like Duchess of Sussex, Meghan Markle.

Not only did you just physically go through one of the most taxing experiences of your life, you now have a screaming, crying, pooping human to take care of on top of it. Even if you’re the happiest you’ve ever been in your life, it can still be emotionally draining. Add being scrutinized by reporters into the mix and you’ve got a recipe for disaster.

That’s just one of the challenges the wife of Prince Harry faced early in motherhood after giving birth to her first son, Archie Harrison Mountbatten-Windsor. Meghan recently opened up about her struggles in a new documentary from ITV called Harry & Meghan: An African Journey, which premiered on October 20, 2019.

“Any woman, especially when they’re pregnant, you’re really vulnerable and so that was made really challenging,” Meghan said to journalist Tom Bradby after being asked about her life as a mother in the spotlight. “And especially as a woman, it’s really, it’s a lot. So you add this on top of just trying to be a new mum or trying to be a newlywed.”

Meghan also admitted that not many people actually check in with her to see how she’s doing, and appreciated Bradby’s question. “Thank you for asking, because not many people have asked if I’m okay, but it’s a very real thing to be going through behind the scenes,” she told him. 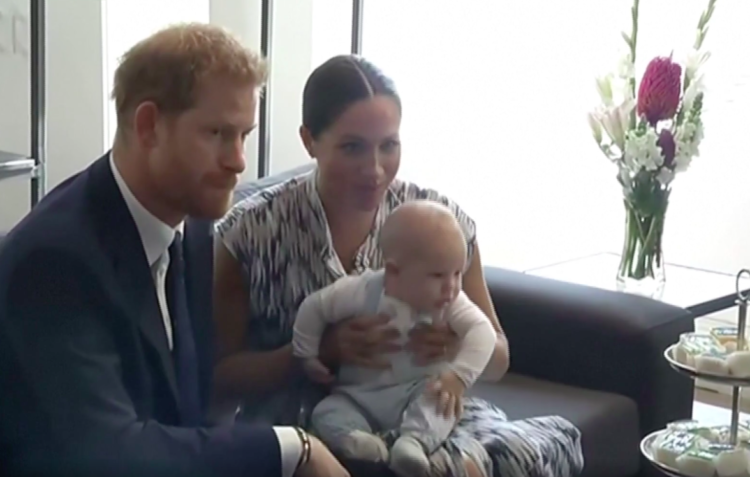 The interview was met with lots of encouragement from viewers, especially new moms or pregnant women. One psychologist named Dr. Jessica Zucker even saw the documentary and validated Meghan’s feelings wholeheartedly.

“Unfortunately so many issues for women, particularly maternal mental health, are silenced and stigmatised and shrouded in shame,” she told Vogue UK. “No amount of privilege can shield us from the day to day struggle that new mothers go through.”

Dr. Zucker hopes that the interview will encourage other women going through similar challenges to speak up and not suffer in silence. There’s nothing to be ashamed of—these are totally normal feelings, and no one should feel shamed into keeping it to themselves in fear of judgement (there’s enough of that in motherhood already!).

“When women like [Meghan] open up about these things, I think a lot of women around the world, whether they say it out loud or think it to themselves, they have an ah-a moment,” Dr. Zucker said. “For better or for worse, people who are in the public eye have so much influence, and [for them] to have the fortitude and the strength or the courage to talk about life’s complexities can [show] women everywhere that they’re not alone, that their struggles are normal, or that seeking help is normal.”

To hear Meghan speak out about her challenges, check out the video below.

What do you think of someone like Meghan Markle speaking out on such a raw, honest topic? Can you relate to her struggles?