How Meghan Markle Is Carrying On a Frugal Royal Family Tradition

Do you ever look at a celebrity and envy how many pieces of clothing they must have? Sometimes I think red carpet stars must have an outfit for every single day of the year! Seriously, have you ever seen a Hollywood celeb wear the same thing twice? Whether it’s a glammed up outfit, or just an everyday shirt and pants, it’s surely a rare sight.

Repeating outfits, or even just parts of an outfit, has become something we just can’t expect from people who can afford to switch it up every day. And, well, good for them and their millions of clothing and accessories. But we can’t help but think about how expensive that must all be, even for people who can afford it.

The royal family, however, is a different story. Though they certainly would, in theory, be able to afford wearing something different every single day or buy super-costly pieces, several members are known for being quite economical in their attire decisions.

Kate Middleton is one of the most notorious royals for doing this, and we love her for it. She knows she’s always being photographed, but isn’t afraid to repeat a pair of expensive shoes or one of her fashionable fascinators. The Duchess of Cambridge is known for regularly re-wearing her outfits, accessories, and shoes, even if she’s worn them for special occasions, like weddings— and sometimes she even wears something she wore already to a wedding! 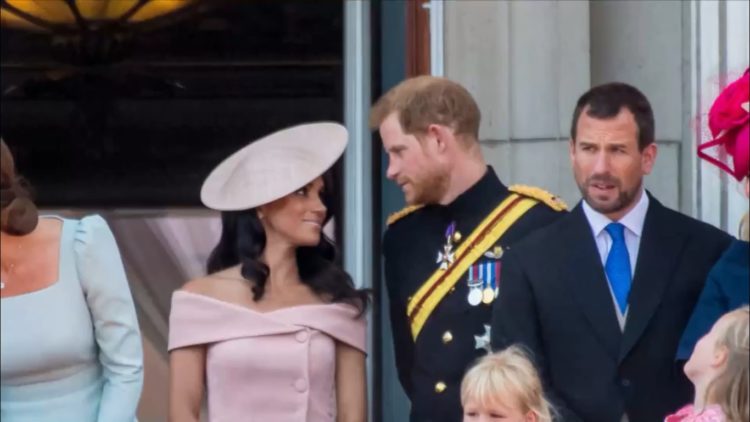 For example, the Alexander McQueen coat dress she wore to her new siblings-in-law Meghan Markle and Prince Harry’s wedding? She also donned that outfit two other times: to Princess Charlotte’s christening, and while she was in Belgium in 2017.

That’s just one example out of dozens that Kate Middleton has re-worn an outfit over the years. I mean, she spent enough for some of these pieces, why not? It seems pretty practical to us.

Perhaps she got her frugality from Queen Elizabeth II, who has also been known to be extremely un-frivolous when it comes to clothing. In fact, she used 200 coupons on the materials for her own wedding dress 70 years ago!

The coupons were a from the British government, and went towards the silk material, the 13-foot-long train, crystals, and the 10,000 seed pearls imported from America for her dress. Imagine how much that all would’ve cost her without those coupons!

All right, so she didn’t re-wear that gown – can’t blame her there – but it still goes to show just how human, approachable, and totally real the royal family can be. And guess who’s joining in on the trend now? The newest member of the royal family, Meghan Markle.

The Duchess of Sussex recently took a hint from her royal relatives when she chose her attire for her attendance to the wedding of Celia McCorquodale (Princess Diana’s niece) and George Woodhouse.

Find out what look Meghan wore and how Meghan joined in with her royal relatives when she repeated an outfit to a wedding herself!

What do you think of the royal family practicing clothing frugality? How often do you repeat the outfits you wear?