Typically when you enter a McDonald’s restaurant, you ask the cashier for a Big Mac or a large fries. But on  Christmas Eve, a woman came in and asked for something completely different.

The anonymous woman entered the fast food joint in Lodi, California and didn’t want food—she just wanted help. When the cashier asked what she’d like to order, the woman told her to call 911 and to hide her. She quickly explained that the man who abuses her would be stopping in at any moment.

Low and behold, the woman’s abuser came in behind her and told her that she couldn’t order at the counter inside and that she had to use the drive-thru. The woman did as she was told and went outside with him to head to the drive-thru line.

But her plea for help didn’t end there. As she was driving through, even though her abuser was in the front seat, she continued to try and ask for help by mouthing the words “help me” to the cashier through the window.

But this particular McDonald’s was already on it. In fact, it was at that very moment police arrived at the location where employees directed them to the car where the woman and her abuser was. 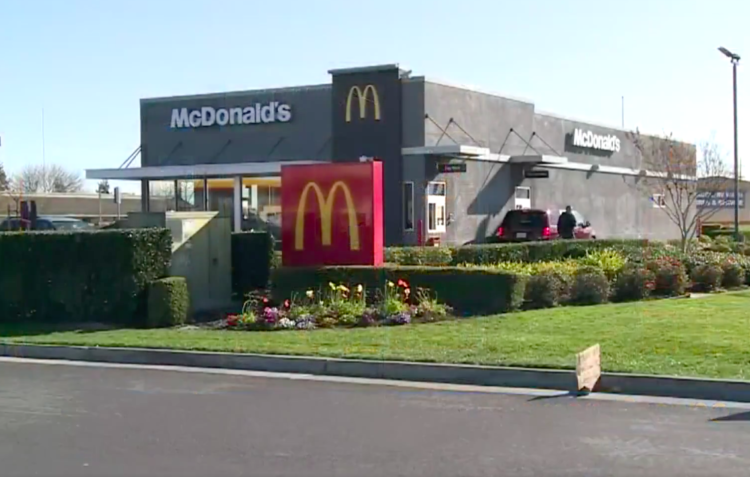 Thanks to both the woman’s and the McDonald’s employees’ quick thinking, the abuser was quickly arrested after the police found a stolen firearm in his trunk. He was charged with four felony charges and accrued a bail of over $350,000.

While we hope that these actions would happen anywhere, there’s great reason action was taken so quickly at this particular location. The McDonald’s the woman entered is certified as a “Safe Place” through the Golden State Restaurant Group.

As a “Safe Place,” the location has been deemed a place where youth and teens can go if they find themselves in need of serious help and have nowhere else to turn.

Across the country, there more than 2,000 schools, fire stations, libraries and other buildings designated as “Safe Places,” and this McDonald’s happened to be one of them. It’s unclear if the woman was aware of this status, or if she just pressed her luck with wherever she found herself.

The McDonald’s has been credited for their heroic actions to help save this woman.

“We are proud of our team for doing their part in being A SAFE PLACE!” Golden State McDonald’s posted on Facebook. “Thank you to our team for handling this appropriately, and to the San Joaquin County Sheriff’s Office Deputies who are constantly serving and protecting our community! We are proud to be in support with both A Safe Place and all of our law enforcement! Thank you for all of the community support and please always be safe and aware!”

What a scary situation! To hear from the employees themselves about what went down that day, check out the video below.

How incredible! These employees certainly took their emergency training seriously. What do you think of this McDonald’s reaction to what happened?