It’s not an uncommon debate, but one that has yet to have a definitive answer: Which is worse for your health, drinking or smoking marijuana?

While we still don’t really know the answer for most of the population, with pros and cons to each, one study recently found what the answer is for teenagers—and it’s marijuana.

Researchers from the University of Montreal looked at 3,800 adolescents mostly around the age of 13, and tracked how frequently they used marijuana or drank alcohol over the course of four years. In that time, they tracked things such as the participants’ memory, their perceptual reasoning, inhibition, and short-term memory using computer-based cognitive tests.

The study, published in the American Journal of Psychiatry, found that marijuana caused more harm to teenagers’ long-term cognitive abilities than alcohol did.

“Cannabis causes cognitive impairment and delayed cognitive development in adolescents,” said Patricia Conrad, the lead author and professor of psychiatry at the University of Montreal. “This study focuses on the neuropsychological effects of cannabis. We think it’s important because it is linked to how someone functions in life.”

The scary part about the study that in addition to causing harm to cognition, even when the teens in the study stopped using marijuana, their cognition didn’t get any better, which means that cannabis can have a lasting effect on the brain. And when you’re a teenager, that’s not a good thing. 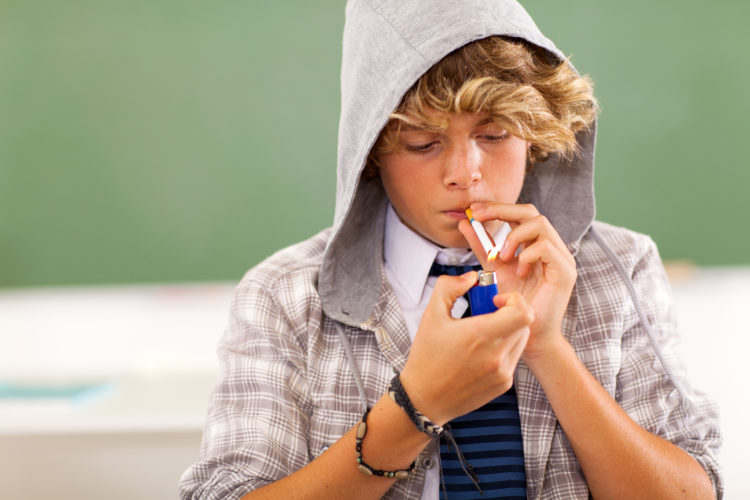 Why? As a teen, your brain is still developing through adolescence. In fact, it takes until you’re about 25, and sometimes into your 30s, to have a fully developed brain. Thus, it could be much more dangerous for someone with a developing brain to use marijuana than an adult.

“[Teenagers’] brains are still developing but cannabis is interfering with that,” Professor Conrad said. “They should delay their use of cannabis as long as they can.”

The results of the study isn’t anything too surprising. In fact, another recent meta analysis of studies published in JAMA Psychiatry found a similar discovery: that young people who were using marijuana often received lower scores on tests that involved using their memory, learning new information, and higher-level thinking involving problem solving and processing information, than those who didn’t use the drug.

That’s not to say teens should be slugging back alcoholic beverages either—it certainly isn’t good for them, for the same reasons marijuana isn’t: a developing brain. In fact, those who begin drinking before age 15 are four times more likely to develop alcohol dependence than those who begin drinking at the legal drinking age of 21, according to information form Foundation for a Drug-Free World.

“The adolescent brain is still undergoing several maturational processes that render it more vulnerable to some of the effects of substances,” reiterates Susan Tapert of the University of California, San Diego, who conducted that study.

Did you know smoking, and drinking for that matter, could have such a long-lasting effect on the teenager’s brain?