We know that drinking and driving is an absolute no-no, but some people think that driving after smoking marijuana is okay. In fact, a shocking 69 percent of people who smoke weed have driven while high in the past year, and 27 percent said they did so daily, according to a Colorado study.

Driving with marijuana in your system can make you more likely to sway, steer incorrectly, or brake late. But the problem is, it isn’t clear—like alcohol is—what level of marijuana is unsafe to drive. We know a blood alcohol level of .08 is the maximum to drive with alcohol in our systems, but marijuana isn’t as black and white. And right now, only 18 states have laws against driving with THC (or tetrahydrocannabinol, the active chemical in cannabis) in your system.

So how can law enforcement even tell if someone is high? Police officers typically rely on field sobriety tests when testing for marijuana use, and sometimes they implement blood, breath, or urine tests, but these don’t always work to determine if the driver is high.

It’s been a problem for years now. However, we might have come to a solution. A company called Hound Labs has recently developed a weed and alcohol breathalyzer combo that can accurately tell whether someone is driving with either substance in their bodies.

“It was clear that we needed a way to solve the problem of identifying people who are potentially impaired and then leaving everybody else alone,” said Dr. Mike Lynn, the company’s co-founder, and an emergency room physician and reserve deputy sheriff. “You don’t want to be arresting people who aren’t impaired, right?”

Here’s how it works: Like a regular breathalyzer used for alcohol, the driver blows into it, which uses breath particles to be able to determine whether someone has smoked, vaped, or have consumed any type of marijuana at all within the last two hours (which research shows is the time at which you’re most affected and shouldn’t be on the road).

The product is still being tested by several police departments. The only caveat with it right now is that the breathalyzer can’t tell you exactly how much marijuana the person has smoked, just whether it’s in their body. 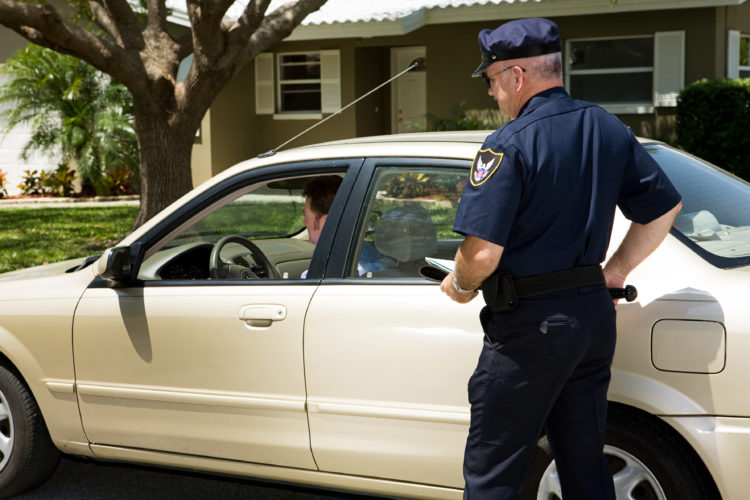 “The reading only indicates if you have pot on your breath or you don’t,” says Lynn.

As mentioned, the level of THC that constitutes impairment hasn’t been determined yet. So in order to really be able to use this device, we need to be about to pinpoint what that level is.

“There needs to be a better measurement other than just ‘yes’ or ‘no,'” says Stephen Lankenau, a community health and prevention expert at Drexel University who researches medical marijuana. “Getting those levels right would be really key,” he says. “Otherwise someone could be in some kind of legal jeopardy if they haven’t done anything wrong.”

What do you think of this weed breathalyzer invention? Do you think it could be useful to keep weed-impaired drivers off the road?