When natural disasters strike – as they seem to every day now, don’t they? – it can be all to easy to feel sad and helpless, like there’s nothing we or anybody could possibly do to make the world better.

We all can and should donate to organizations we believe in, but how do we keep our hopes up? Well, here at TipHero, we do so by following the advice of the one-and-only Mr. Rogers and “look for the helpers”— those everyday heroes whose ordinary acts of kindness and bravery have big reverberations.

Today’s hero comes to us from the town of Tallinn, Estonia, and involves a human who went out of his way not only to help somebody else, but to help one of the most vulnerable creatures among us.

Driving and recording in a flash flood

On July 10, 2016, heavy rains hit the city of Tallinn, capital of Estonia and situated on the Baltic Sea. Native Marko Männiste was driving home with his brother when their route was engulfed in water. While their car and other vehicles on the road were able to move through the several inches of water with relative ease, it’s clear that it’s important for everybody, including the Männiste brothers, to get home quickly.

While the brothers seem to be making the best of things with some pretty rousing driving music, it seems pretty clear at the start of their video footage below that they’re merely waiting for other cars to pass before heading home. But then they start chatting slightly frantically, and the camera starts to zoom.

What have they spotted? It’s a tiny kitten, shivering in fright and cold on the side of the road, barely keeping its little head above water. Poor little guy!

So what do Marko and his brother decide to do? They spring into action, that’s what! Watch how they help their fellow creature-in-need in their video below, courtesy of YouTube channel Daily Picks and Flicks.

Awesome! We love that Marko barely hesitates before immediately springing into action to save the kitten. (We’re also pretty big fans of the high-stepping run he does to try to stay dry while he does so!) After all, this video clip is only 56 seconds long, and the first part simply shows the flooding. The Männiste brothers take mere seconds to spot the kitten and decide what to do!

So how are they and the little cat faring today? According to the Estonian site Lemikloom (which means “Pet” or “Favorite Animal” in English), the family took in the kitten as one of their own! His name is now Tilk, which translates as “raindrop,” and as of March 2017, he’s about a year old. 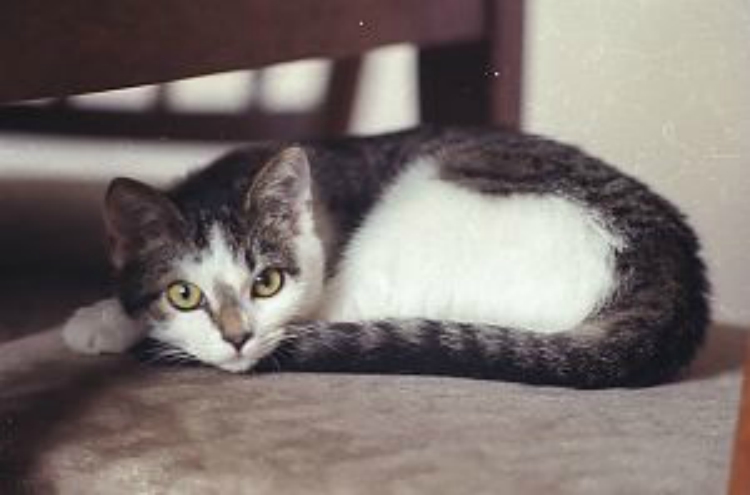 While Tilk took a little time to adjust to a domesticated life after surviving on his own, today he’s thriving with his new family. What a happy ending!

What do you think of Marko Männiste’s actions? What would you have done if you’d been in a similar situation? Have you ever rescued an animal from inclement weather or hazardous conditions?