Man Spends Nearly a Year Gluing 42,000 Matches to Make a Giant Sphere, Then Sets it on Fire

If you’ve got some extra time on your hands, you might pick up a hobby. Maybe you like knitting, and/or giving everyone you know scarves as holiday gifts! Or maybe you like a real challenge, and decide to recreate the Eiffel Tower or London Bridge out of toothpicks.

Hobbies like that can take some serious dedication as well as time, but one man’s quest to pursue his spare-time dreams went above and beyond. Reddit user wallacemk built a large sphere entirely out of matches glued together. Just how many matches are we talking? 42,000, in fact, painstakingly attached to one another over 10 long months, at a cost of around $500. Like we said: dedication.

You might be asking why in the world wallacemk decided to do this. Boredom? Did he just happen to have 50,000 matches lying around, and wanted to do something creative with them? As it turns out, wallacemk noticed one day that matches are slightly wider at the head end. He reasoned that if you put enough of them together, they would start to form an arc, then a circle, and finally a sphere. 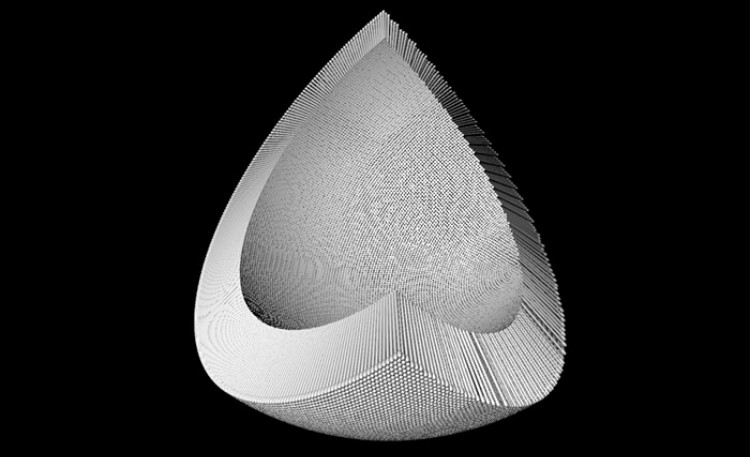 You could say that spark of an idea lit a fire under wallacemk, and he set to work. First of all, he made a computer model of the sphere, to estimate how many matches he needed. That’s serious— I certainly didn’t make a computer model for the one scarf I actually managed to knit to completion!

But basically, wallacemk just started gluing. And gluing. And gluing. The process took a long time and a lot of matches.  “The middle was a depressing time,” he said. Instead of celebrating the fact that he was almost halfway through, he says he realized a box of 300 matches “wouldn’t even get me a single layer of growth.”

His neat and even computer model didn’t really work out in IRL, either. His “sphere” started to look a little warped and squashed. Wallacemk was using only green-tipped matches as well, so that his sphere would have a uniform appearance That didn’t work out either. It turns out there’s a lot of variation in the green color, which gave the final result a kind of speckled appearance. 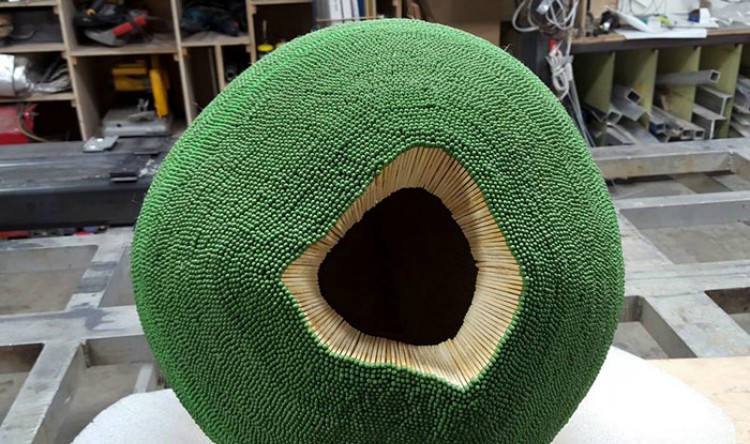 The internet is chock-full of posts about home projects gone wrong and epic kitchen disasters. Maybe you’ve heard of the Jacked Up Jack-o-Lantern? The May the Fail be With You Star Wars cupcakes? Don’t label this another viral fail, however: wallacemk pushed through and actually completed a fully-enclosed near-sphere with the final tally of 42,000 matches. After 10 long months, that is. Persistence counts for something!

If you’ve ever done your best to get crafty only to have the whole thing blow up in your face, you’re in awe of what wallacemk was able to pull off. Color us impressed.

The other amazing thing that’s made wallacemk’s post go viral is what he decided to do with the sphere once he was finished. Given that he built the sphere out of matches, you might have seen this coming. Yep, he set the whole thing on fire!

Make sure to check out the video below to see wallacemk give his creation a fiery send-off. It’s absolutely stunning to watch. All that work gone up in flames! What do you think about his idea? What about the grand finale?