One former college football player recently put his catching skills to good use. Like, really good use.

Michigan resident Philip Blanks was visiting a friend in Phoenix, Arizona when he heard a bunch of commotion and ran outside to see what was going on. Surrounded by frantic people and utter chaos, a third-floor apartment of a building was erupting in flames.

At that moment, Blanks knew he had to help. Besides having been the wide receiver at Saddleback College in California, he also served in the Marine Corps for four years. And the skills he’d learned over the years truly bid him well in this moment.

Blanks ran as fast as he could over to the building. At that moment, a 30-year-old mother who was inside the burning building threw her three-year-old child off the balcony in an attempt to save him from the fire.

It was one of those completely right-time-right-moment situations. Blanks stood under the window and caught the boy as he twisted and turned in the air, saving his life in an instant. He ran as fast as he could away from the flames, boy in tow.

When Blanks describes that moment, he says it was nothing but himself and the baby. “Ultimately, this is my job,” Blanks said. “It was all fast, it was a blur. It was tunnel vision as I was running. I didn’t see anything but the baby.”

“He was twirling in the air like a propeller,” Blanks continued. “His head landed perfectly in my elbow.” 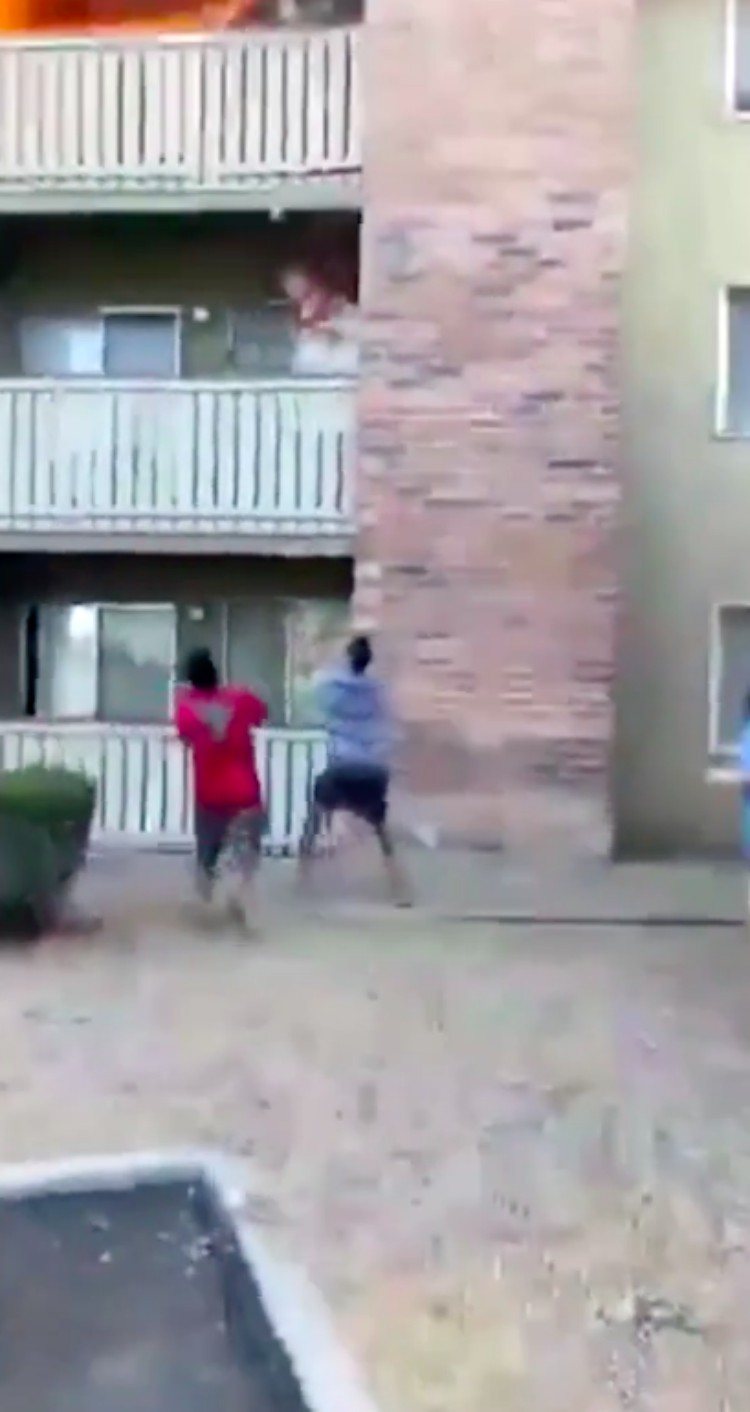 So what was he thinking when he ran over to catch the boy? Blanks chalks up his actions to instinct. “There wasn’t much thinking,” he said. “I was just reacting. I just did it. I’ve always had a protector mindset growing up, which just enhanced when I was in the military.”

Another child, an 8-year-old daughter, was later rescued from the building by another good Samaritan, alive. Both she and the three-year-old experience burns, but are expected to make a full recovery.

Blanks says he doesn’t consider himself a hero. Instead, he says the mother who threw her son down is the real hero. Sadly, she didn’t survive the fire, and Blanks says that was the ultimate heroic sacrifice.

However, we know that Blanks is a true hero. To see how he was honored by the City of Kalamazoo, as well as to see the video of Blanks catching the boy, check out the video below.

Wow—can you believe the lengths this man took to save this little boy’s life? What do you think you would’ve done in this situation?