In mainstream culture, beauty products like makeup are primarily associated with women. As it turns out, this association may have more weight to it than most female professionals would care to admit.

An Indonesian blogger who calls herself “Francesca” has sparked an online debate about the societal expectations of women to wear makeup in the workplace. How did she incite the argument? By sharing side-to-side portraits of herself on the website PhotoFeeler, a site that allows people to comment on professional head shots and give their impressions based on the photo.

In one photo, Francesca was wearing no makeup at all. In the other, she was wearing full face of foundation, cover-up, blush, eyeliner, and mascara. In both photos she is wearing the exact same outside (a white top with a black blazer) and she’s posed in the exact same way, smiling with her head tilted to the left.

So which picture was more positively received? We bet you can guess this one. 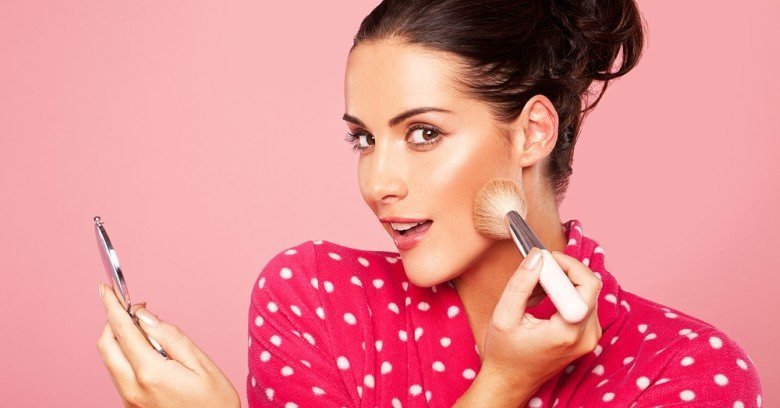 The photo with the makeup was generally better received than the photo without the makeup. We can’t honestly say we’re too surprised; based on a similar Huffington Post experiment (and real life experience) it’s been made clear that women who wear makeup generally get more positive reception in the corporate world.

And you better believe there are the numbers to prove it.

A study released earlier this year in the journal Research in Social Stratification and Mobility found that women who spend more time grooming themselves for work make more money than women who do not wear makeup or put much effort into their office style.

“For women, most of the attractiveness advantage comes from being well groomed,” researcher Jacyln Wong told The Washington Post in May. “For men, only about half of the effect of attractiveness is due to grooming.”

On PhotoFeeler, pictures are ranked in six different categories: Competent, Likable, Influential, Confident, Authentic, and Fun. Voters have the option of voting “No,” “Somewhat,” “Yes,” and “Definitely.” How strongly they feel about each quality will influence the percentage that the photo gets; the higher the percentage, the stronger people feel you are in that field.

Francesca’s votes between pictures were definitely different, and the gap in voting had an obvious skew.

As you can see, on the whole, voters were more compelled to vote positively for the made-up picture than the picture with no makeup. Some percentages jumped as much as 15% higher. Unsurprisingly, the Huffington Post experiment resulted in a very similar way, again reasserting the idea that women are viewed more positively when “groomed”.

And women are not just judged on a surface level based on their grooming; it’s clear that a woman’s competency and personality are judged more favorably when she grooms to look more “attractive,” too.

Even worse, it was revealed that Francesca wasn’t even WEARING makeup in the second picture. What we’re seeing is the same photo twice, with the second once touched up with an online app to give the appearance of makeup.

So what does this mean for women? And what’s the “makeup tax” Francesca refers to in her viral blog post? 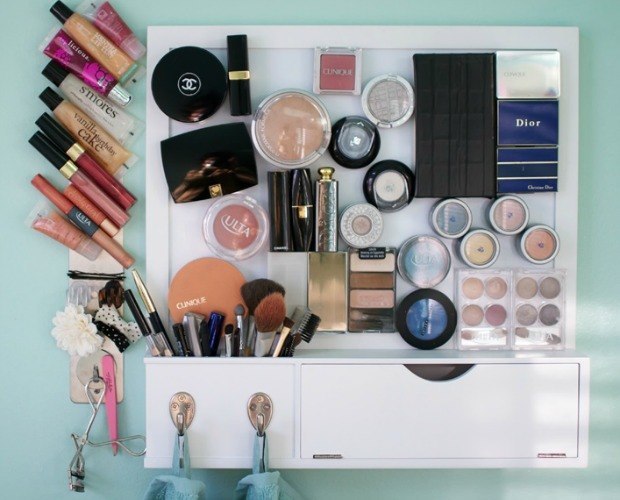 The “makeup tax” isn’t actually a tax imposed on makeup, but a term that represents the idea that women have to pay more money than men for the cosmetics that keep them “attractive”. It seems shallow, yes, but you can’t blame a woman trying to climb the corporate ladder for throwing on some makeup, not when you see these statistics.

Studies have found that the average woman will spend $15,000 on beauty products in her lifetime, according to 2013 research from financial management website Mint.com, and other research from TODAY and AOL has shown that women spend nearly an hour grooming themselves each day. That comes out to spending two weeks a year on appearance management for women.

The bottom line is this: ladies, you’re beautiful the way you are. If you love to wear makeup, rock on. I, personally, love to put on makeup everyday — it makes me feel powerful. But if you hate wearing makeup and spend about five minutes doing your hair in the morning, you do you.

Be yourself — whether that means wearing makeup or not.