This Stunning Makeover Comes With an Amazing Revelation!

Makeovers can be a bit of a tricky business. For the most part, recipients tend to look better than when they first plopped down in that salon chair, but the whole process can sometimes be a bit jarring to watch. You see, there are instances when the ‘makeoveree’ looks so different from when they started that they are virtually unrecognizable!

Case in point: This Rachael Ray-approved transformation that, we think, is absolutely remarkable. Our hero—Brandon—begins his journey looking like this… 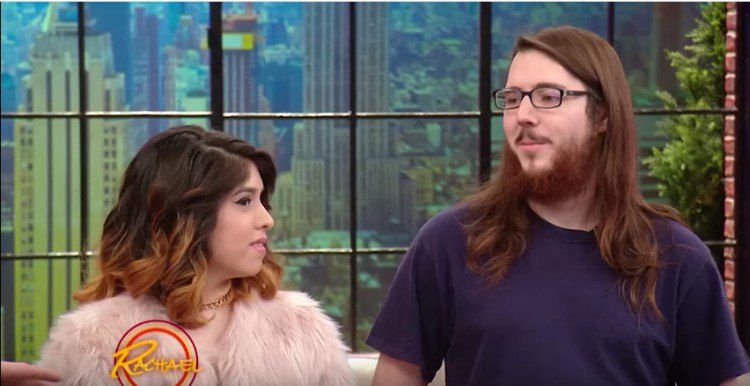 Rachael Ray Show
…but, by the time those stylists had their way with him, he had a new look that was so different, we’re pretty sure that his mother wouldn’t even know it was him.

Now, you’re probably wondering who the beautiful girl is, standing to his left. That glamorous gal is Clarabelle, and boy do they look slightly mismatched!

In the clip, Rachael notes this elephant in the room as well, and broaches the subject in the best way she knows how—by simply blurting it out. Hey, this ‘hostess with the mostess’ IS known for her candor after all!

In fact, Rachael makes things REALLY awkward when she says, “It does make you feel a little self-conscious when you’re together and she’s dressed like this, and [people] start comparing you…”

Yikes! We don’t think he looks that bad! Sure, he’s rockin’ the Grizzly Adams look, but there are plenty of girls out there who are into that.

Being the good-natured guy that he is, Brandon takes her comment in stride and replies with a super sweet, “Sometimes I do get that, but it just kind of goes quick because it’s a compliment to me—because she’s so beautiful…” How adorable is that? Perfect response, Brandon. Way to preach the positive on national television!

After that special moment, Gretta Monahan, the magician—we mean stylist!—gets to work on this cute guy’s hair and wardrobe change. Before the big reveal, Gretta promises the audience that this one will be seriously “jaw-dropping.”

And, though we’ve been impressed by a lot of these makeovers that Rachael Ray has featured on her show, we really like this one. Brandon’s a young dude to begin with, but these small alterations make him look about ten years younger!

So, what does Brandon’s girlfriend think about his transformation? We think the look on her face says it all… 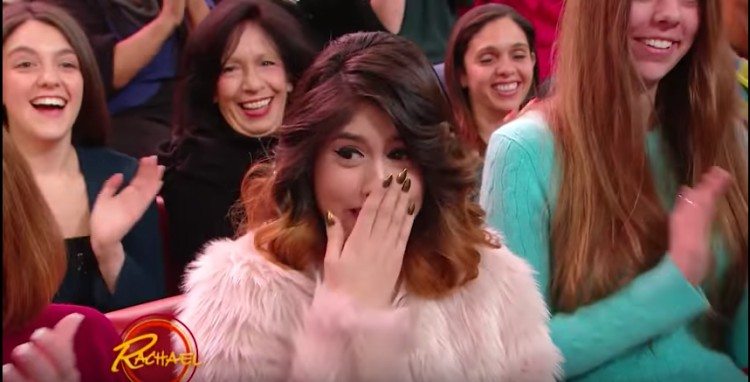 Rachael Ray Show
It’s clear that Clarabelle is so happy to see such a dapper version of her man—and he seems pretty enthused by the big change, too. In fact, his new ‘do and threads have given him the confidence to make quite the big request. Can you guess what it might be?!

To see the final results of Brandon’s makeover, as well as a surprising twist ending, be sure to click on the video below. We promise you, this hot guy’s revelation will absolutely throw you for a loop!

What do you think of Brandon’s new look? Were you surprised with how the segment ended? Have you ever received a drastic makeover before? Tell us all about your thoughts and experiences in the comments section below!