If You Weren’t Already Worried About Ticks, This News About What “Lone Star” Ones Can Do Will Probably Do the Trick

Memorial Day is right around the corner, which means sun, swimming, and plenty of scheduled outdoor time with family and friends. It certainly is well-deserved, especially after that brutally cold and snow-filled winter that so many of us experienced!

But — and there is always a but, isn’t there? — with all of those wonderful fun-in-the-sun plans also comes a very real, very serious threat: ticks!

Talk about a mood-killer, huh?

Just last week, we clued you in on an East Asian tick species called the “bush tick” that popped up in the States for the very first time last summer in New Jersey. Unfortunately, that specific tick species, which can infect folks with hemorrhagic fever among other things, seems to have set its roots firmly in the state.

Today, we’re here to deliver even more bad news on the tick front…

Over the past decade or so, doctors have become increasingly alarmed about the prevalence of the lone star tick, a species of arachnid that, believe it or not, can cause bite victims to develop a red meat allergy. For years, the lone star tick was only on the radar of doctors and public health officials in Southwestern states, particularly Texas, but now cases have been popping up as far north as Minnesota and as far west as Kansas.

So, what makes the lone star tick so dangerous? While there’s still quite a bit of debate as to whether or not the species spreads the much-feared Lyme disease, its bite can still be dangerous, and even lethal in some cases.

Why tick bite victims are developing the alpha-gal allergy

Alpha-gal may sound like a cool, female-fronted rock band, but it is anything but! In reality, it is an allergy to red meat that, scientists surmise, can be spread by the bite of the lone star tick. Although some doubts have been raised about the source of the allergy, these bites constitute an estimated 80% of alpha-gal cases found in humans.

Like any other food allergy, the severity can vary from person to person; some victims don’t notice any changes, others might feel ill after eating a piece of steak, while the most severely affected could go into anaphylaxis.

What’s particularly scary about this is that, according to a study published in the Journal of Primary Care and Health, symptoms are usually delayed in most patients, which means that it can be hard for doctors to pin down why more serious health ramifications might occur, seemingly out of nowhere.

As a matter of fact, the same study concluded that the vast majority of alpha-gal allergy sufferers found the condition on their own through home research and it wasn’t until they brought it up to their doctors that the necessary blood tests were ordered.

So, what’s the moral of this frightening tick nightmare? If you know, or you have a reason to believe, that you have ever been bitten by a tick, and you now seem to have developed a sensitivity to red meat, it’s time that you communicate your story to a trusted medical professional.

As with many food allergies, the symptoms can worsen or get better with time, so it’s important that you explore the issue with your doctor before you either re-introduce or fully eliminate red meat and bovine products from your diet.

Stay safe out there, sun-worshippers! Always remember to check yourself and your loved ones for ticks, especially if you are enjoying your day in a heavily wooded or forested area! 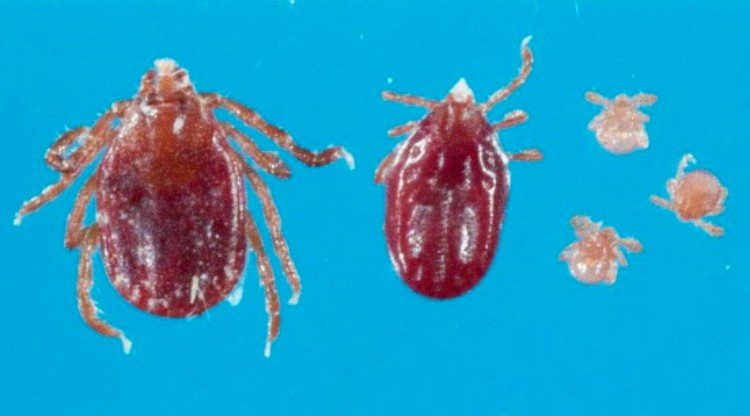 What are your thoughts on the lonestar tick? Have you developed the alpha-gal allergy due to a bite? If so, how has it affected your life?