How a Liver Transplant Brought This Couple Together

“I wouldn’t have been here if it wasn’t for him.” Simple words that could not possibly be more true. When Heather Kreuger was just 27 years old, she was facing a health battle so serious that her life was very much on the line. Heather had been diagnosed with Stage 4 liver disease— in other words, complete failure of her liver.

While the progression from cirrhosis to failure can take years, the damage is irreversible and leads to eventual death.

By the time she was diagnosed, the Franklin, Illinois resident learned that it was too late to find an organ donor in the traditional sense. Of that terrifying time, Heather tells CBS News, “I could really feel my body shutting down.” It seemed as though this poor young woman was out of options, and would have to accept the inevitable.

As Heather was fighting for her life, a stranger named Chris Dempsey got word of this young woman’s deadly condition in the break room of his workplace. The news shook Chris, and the code enforcement officer made it his mission to help this young lady that he had never met.

Making that big-hearted decision was simply part of his nature. Chris explains, “I spent four years in the Marine Corps and learned there never to run away from anything. So I just said to myself, ‘Hey, if I can help, I’m going to help.”

Chris went in and got tested to see if his liver would be compatible with Heather’s, and when the duo got the blessed confirmation that her body would in fact be capable of taking the liver, the two finally met over lunch, and became fast friends.

The surgery was a success, with over half of Chris’ liver being transplanted safely into Heather’s body. 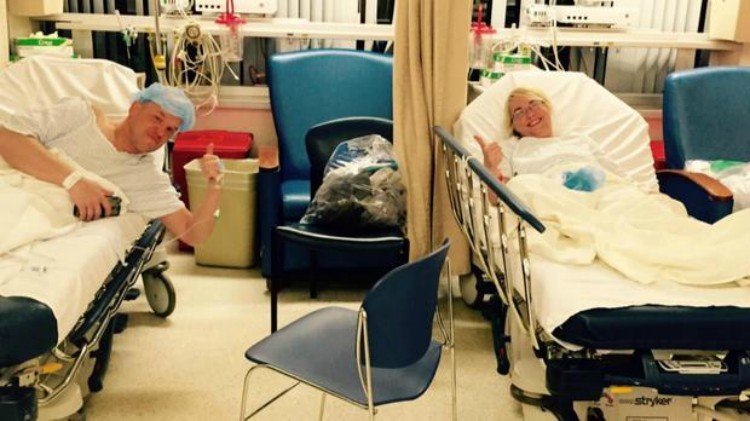 CBS News
The two remained buddies after surgery, but eventually succumbed to deeper feelings that had blossomed between them. Sometime later, Chris asked his new love – and transplant partner – to be his wife.

Chris and Heather married about a year and a half after the surgery, in front of all of the friends and family who supported them during the bride’s medical scare. We have to say, these newlyweds look like they are in love, and most importantly, very healthy!

Heather cried as she read her vows to her future husband. She thanked him for his selfless act that brought them together by saying, “You make me feel amazing every single day. Because of you, I laugh, smile, and I dare to dream again.” The expression on her face just says it all! 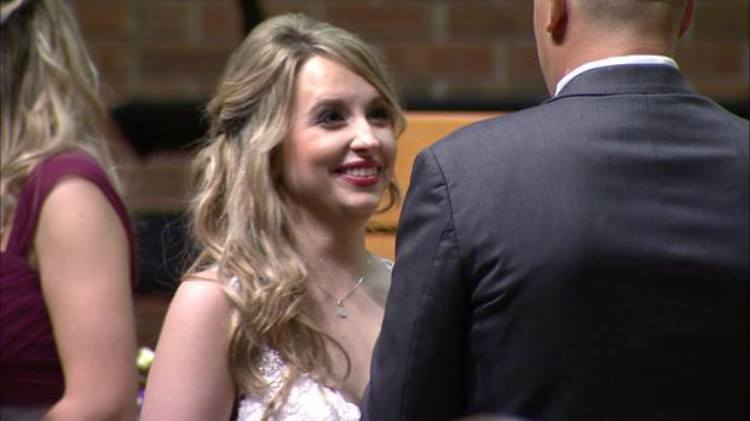 CBS News
Watch CBS News’ video below to see this special couple get married on their big day. We dare you not to shed a few tears along with them!

What do you think about Chris and Heather’s journey? Have you or a loved one received or donated an organ? If so, would you care to share your story? Tell us all about your thoughts and experiences in the comments section below.