You’re never too young to start thinking about a career, though between ages 5 and 18 you’re bound to change your mind a few times. But some youngsters know from the very beginning what they want and start to line things up for themselves at a young age.

Chloe Bridgewater is no joke. The 7-year-old little girl from England sent a handwritten letter to Google’s CEO, Sundar Pichai. She wasn’t writing to him about Google doodles, its search parameters, or even a complaint.

Instead she was writing to ask him about employment – for herself. Her father Andy told her about all the innovative work and fun perks that Google has going on and it piqued her interest. We can’t say we blame her based on the amount of adults who’d love a shot at working there. Remember the movie The Internship?

In Chloe’s letter, she talked about how when she grows up she wants to work in Silicon Valley at Google. Like many of us at that age, she also wants to hold other jobs – as a chocolate factory worker and Olympic swimmer. Fun! At her father’s suggestion, she decided to use the letter as an early application. She also mentioned that this is the only other letter she has ever sent – the other was to Father Christmas.

Here’s an excerpt of the cute cover letter: 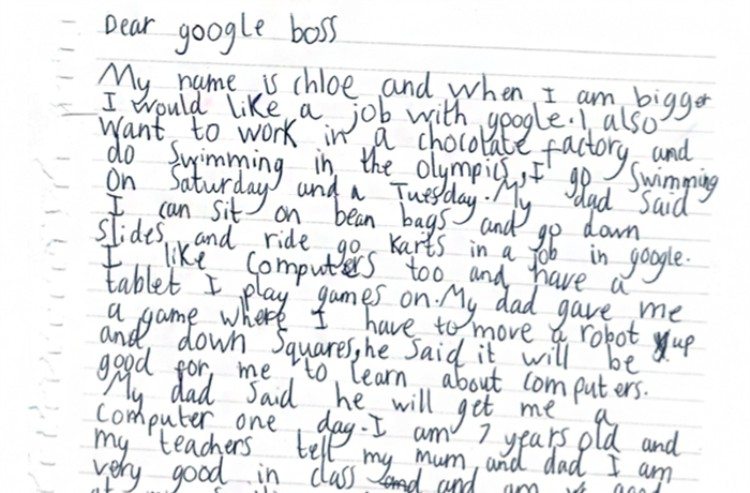 Bored Panda
To Chloe’s surprise, she received a reply back from Google’s CEO himself! Cool, right? Sundar Pichai took the time to write back to the ambitious little girl with some words of encouragement: 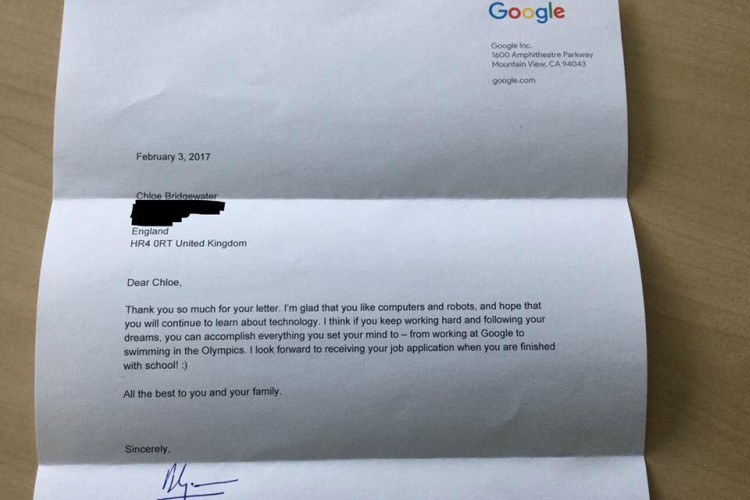 “I’m glad that you like computers and robots, and hope that you will continue to learn about technology. I think if you keep working hard and following your dreams, you can accomplish anything you set your mind to—from working at Google to swimming in the Olympics. I look forward to receiving your job application when you are finished with school! :)”

Needless to say, Chloe was elated! After receiving the response, dad Andy shared a picture of the letter on Twitter and a post on LinkedIn about the friendly exchange. In an interview with Business Insider, he said that it gave a Chloe a huge boost of confidence. He also wrote in his post:

“She is now even more eager to do well at school and work for Google. Can’t thank such a busy person enough to take time out to make a little girl’s dream become one step closer, although not sure she’s fully aware that it’ll take more than riding go-karts and sleeping in pods to make it with Google!”

You’ve got to admire her gusto. With her motivation and parents’ support, Chloe could very well land at Google’s headquarters someday! What do you think about Chloe’s proactive move? Did you ever try anything like this as a child? Are you encouraged to go after your dream job now too? Share with us in the comments! 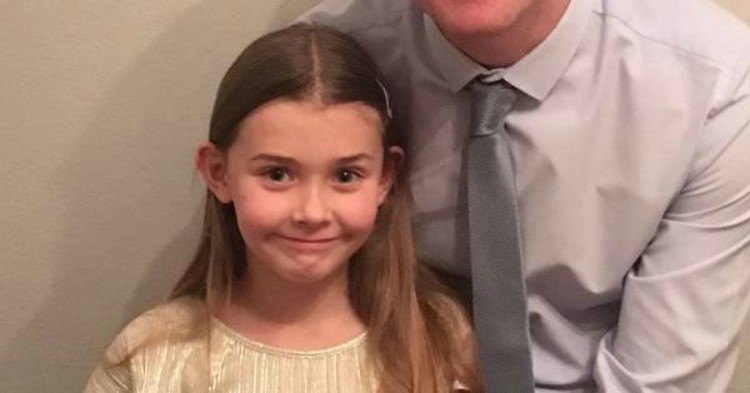