Food poisoning is probably the worst thing in the world; we wouldn’t wish it upon our worst enemy. Unfortunately, there’s one Chipotle location of which its food has recently caused a slew of some pretty unpleasant symptoms in many people. In fact, more than 700 illnesses have been reported at the location since July 26. Yikes.

The store with the outbreak is the Chipotle located at 9733 Sawmill Parkway in Powell, Ohio, and people have reported everything from vomiting to diarrhea. While the source of the outbreak has yet to be identified, health inspectors are testing for salmonella, shigella, E. coli and norovirus.

Additionally, there was concern by a health inspector the black beans and pinto beans weren’t kept at a high enough temperature as it should’ve been. In addition, the same inspector found that the lettuce was not properly refrigerated after preparation at this location. However, both of these violations were corrected that day and shouldn’t have been the cause for the outbreak.

The location of the popular Mexican chain closed immediately once people started to report their illnesses, and has recently just reopened again after thoroughly cleaning the facility as well as replacing all the food.

Since the outbreak, at least two lawsuits were brought against Chipotle in relation to this outbreak. “This is the first of many lawsuits we will be filing on behalf of local residents who were sickened by contaminated Chipotle food. We have handled hundreds of claims against Chipotle as this is Chipotle’s seventh food poisoning outbreak in the last 3 years,” said attorney Ron Simon, who represents one customer who had to receive medical treatment after eating at Chipotle. 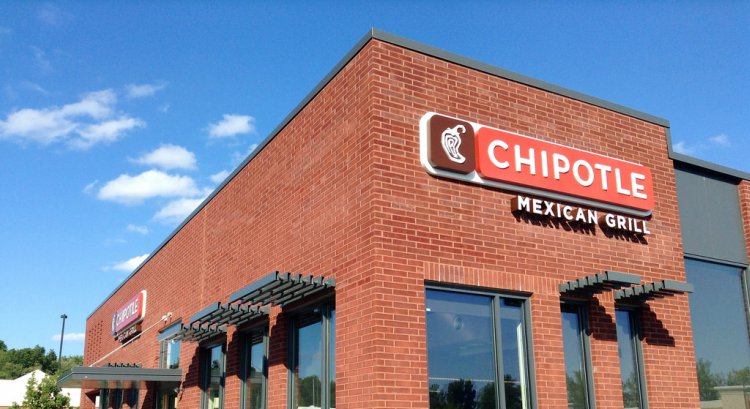 That’s right—this isn’t Chipotle’s first rodeo when it comes to food poisoning. As you probably remember, there was a massive E. coli outbreak in 2015 that caused dozens of Chipotle locations to close their doors for a small period of time. Out of the dozens sickened by the illness, a number of them were also hospitalized.

This was also the year the year more than 60 people got sick due to norovirus after eating a California location, and only a month later, there was a salmonella outbreak related to tomatoes linked to 17 Chipotle restaurants in Minnesota that caused around 45 people to fall ill.

“Over the past few months we have taken significant steps to improve the safety of all of the food we serve,” Chipotle’s spokesman, Chris Arnold said in 2016. “And we are confident that the changes we have made mean that every item on our menu is delicious and safe.”

Even in the midst of this current outbreak, Chipotle has indeed continued to take steps to ensure food safety for their customers. As mentioned, the Ohio location is open to the public again and should not be a cause for concern.

To find out what steps Chipotle has taken to ensure optimal safety for their customers, and to hear more about the current outbreak in Ohio, check out the video below.


Are you a Chipotle fan? Do you think you’ll continue to go there even after the news of this recent outbreak?