How to Kill All the Bacteria On Your Sponge

Ready to hear something gross? Like, really, really gross? Ok, don’t say we didn’t warn you; according to research conducted by microbiologist Dr. Markus Egert, the average sponge is chock-full of roughly 350 types of nasty bacteria that could make your family very, very sick.

It’s a disturbing revelation, especially considering the sponge should be used to sanitize your kitchenware, not dirty it. Talk about counterproductive!

Now, we have an inkling that you already have a quick response to counter our bad hygiene news. You’re likely thinking: But, MY sponge is clean! I sanitize it all of the time! I’m different.

Although we’re happy to hear that you make a valiant effort to keep your kitchen tools as germ-free as possible, there’s one other facet to Dr. Egert’s study that should make you think twice about your sponge-cleaning methods because, in all of the 14 homes that he surveyed, every single sponge contained bacteria, with some harboring  E.Coli, Moraxella, and Salmonella in their pores.

And, what makes this even worse is the fact that every single one of the 14 homes that he surveyed reported that they actually DO clean their sponges on a regular basis. Yep, folks, the participants are just like you–they clean their sponges, but they don’t really end up cleaning them. 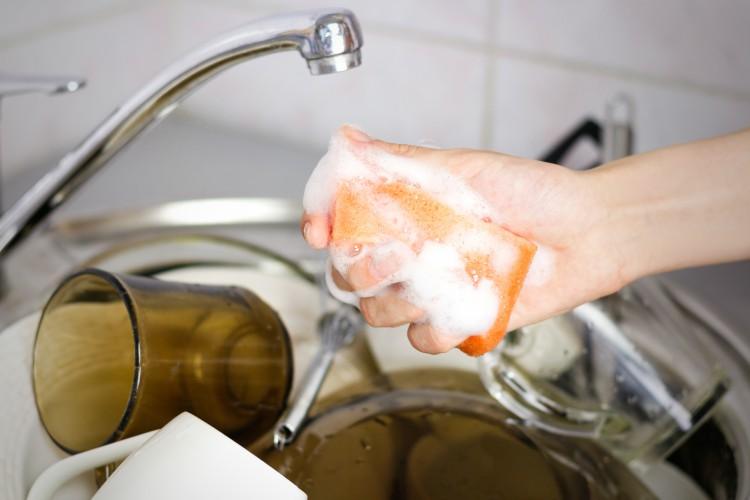 Banish bad bacteria from your sponges

Now that we’ve likely grossed you out to the nth-degree, we hope you don’t feel the need to throw out every used sponge in your house. While the correct cleaning of them surely doesn’t get as much publicity as it should, it doesn’t mean that the method is impossible, or even any harder, than what you’ve been doing already.

Good Housekeeping linked up with EMSL analytical testing lab in Westmount, NJ to put all sponge-cleaning methods to the test, and it turns out that one unlikely one performed the same or better than the others. Here’s how it works:

That’s literally IT, folks! Believe it or not, this method kills an astounding 99.9% of the three dangerous bacteria strains most commonly founded on “sanitized” kitchen sponges.

While they were at it, they also tested three other common sponge-cleaning methods, too. Here are the results: 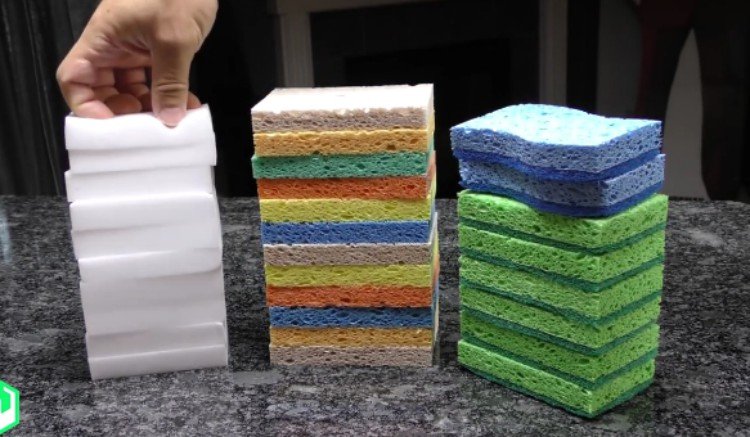 There you have it–the best sponge-cleaning methods, according to science. Now that you’re enlightened on yet another kitchen quirk, we’d love to hear your thoughts on sponge hygiene! Have you tried any of these methods before? If so, which one is your favorite? Do you know of any others that are proven to be just as effective?