People Are Missing a Key Reason Why the Birth Rate is Down in the U.S.

Did you know that the birth rate in America is down to a historic low? That’s right—the Centers for Disease Control recently reported that the number of babies born in the U.S. is at the lowest it’s been in a really long time—the past 30 years to be exact! The craziest part is that this rate is actually below the replacement rate needed to sustain the population.

“Every year I look at data and expect it will be the year that birthrates start to tick up, and every year we hit another all-time low,” Kenneth M. Johnson, a demographer at the University of New Hampshire, told the NY Times. “It’s one of the big demographic mysteries of recent times.”

There’s a lot of speculation about why the birth rate is declining, but no one can really figure out what the real reason is.

“It’s hard to tell whether this is a dip that we periodically see in fertility or this is a long-term trend due to major social changes,” said Donna Strobino, a demographer at the Bloomberg School of Public Health in Baltimore.

For instance, some think the reason for the decline is due to the new generation of millennial women wanting to delay having a baby longer than the generation of women before them due to wanting to advance their career first. 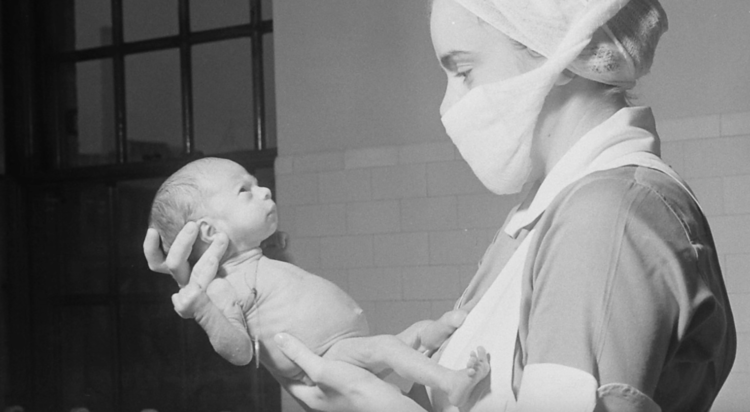 One interesting study published by the Census Bureau showed that women who had their first child between age 25 and 35 (some of the most prime child-bearing years) are less likely to close the salary divide with their husbands. However, those that have their first child before 25 or after 35 (essentially, before or after their careers are established), have the opposite, more positive effect on their salaries.

However, one of the most likely reasons for the declined birth rate that’s been considered is perhaps the lack of support for working mothers. Countries that prioritize gender equality (Sweden, Norway and France) have higher fertility rates than those that don’t.

Let’s take a look at the stats: Around 88 percent of workers get no paid maternity leave in the United States, according to the Labor Department. In addition, about 1 in 4 moms go back to work less than two weeks after giving birth, according to a 2015 report. Can you believe that? A mother is barely even recovered from her childbirth, let alone is still getting used to being a mom at that point.

“To the extent that some women would want to be mothers if it was financially viable, but don’t want to risk good careers or poverty, that’s not a free choice,” said Elizabeth Oltmans Ananat, an associate professor in the Sanford School of Public Policy at Duke. “Women are painted into a corner.”

No one making any kind of income can win—low-salary moms risk going into poverty when they have kids, and for the high earners, pregnancy can cause you to get off track for promotions and raises.

Many women want to be able to have both a career and a family (with children) but if they’re forced to choose, will sometimes go with their career and never have kids.

Are you a mom? Did you face any of these economic hardships when you were deciding to have kids? If you’re not a mom, are you putting it off for this reason? What do you think is the reason the birth rate is down in the United States?