Who has a hard time wearing a bikini at the beach? *Hand shoots up.* It’s not uncommon to feel self conscious about our bodies these days, especially as women. And even before #fitspo models on Instagram, there were super-fit models all over magazines, newspapers, and more.

What we’re saying is, this kind of thing has been around forever. Media is constantly portraying women to be beautiful, sleek, and slender. And good for those women with those perfect bodies, but those simply don’t portray what everyday people look like.

That’s why it’s so nice to see body positivity. In recent years, more and more people on Instagram are talking about the real behind the fake. It’s almost become even more popular to talk about how “look, I have rolls too” than to pose in just the right way where it looks like you have a perfect six-pack. And we like it that way.

Anyway, you probably have a picture of a young 20- or 30-something model in your head as I talk about this, right? For some reason, our mind associates younger women with more perfect bodies than older women. But women in the 40s and 50s (and even their 90s) can certainly rock their bodies too.

Well, they can, but apparently not without some internet trolls trying to come in and wreck the day.

Enter: Actress Kelly Ripa, most famous for her role in All My Children. Kelly is 47 years old but you’d never know it. She’s absolutely gorgeous, and so is her body.

Her husband Mark Conseuelos knows it too—that’s why he snapped this gorgeous photo of Kelly while the two were on a tropical vacation, and posted it to his Instagram: 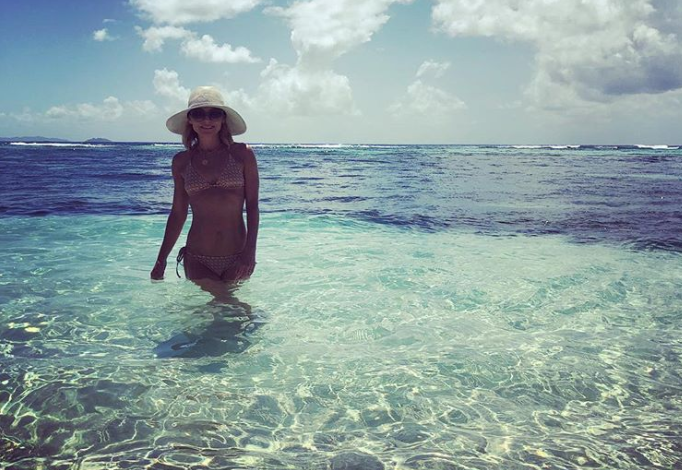 What’s wrong with this photo? Nothing we see. And nothing most people saw—the photo received more than 100,000 likes. Kelly looks freaking beautiful.

But of course, there’s always gotta be some shamers out there who have something negative to say. And unfortunately, there were quite a few comments talking about how Kelly was “too old” to be wearing a two-piece bathing suit.

Here’s an example of what we’re talking about: “Kelly’s gorgeous, but isn’t there a cutoff age where age appropriateness comes into play? Just because you can rock a bikini, doesn’t mean you should.”

Ummmm. I mean, at least this person is noting her gorgeousness, but we think that’s a pretty ridiculous thing to say. And apparently so did her husband, who came to her defense by commenting on the photo the following: 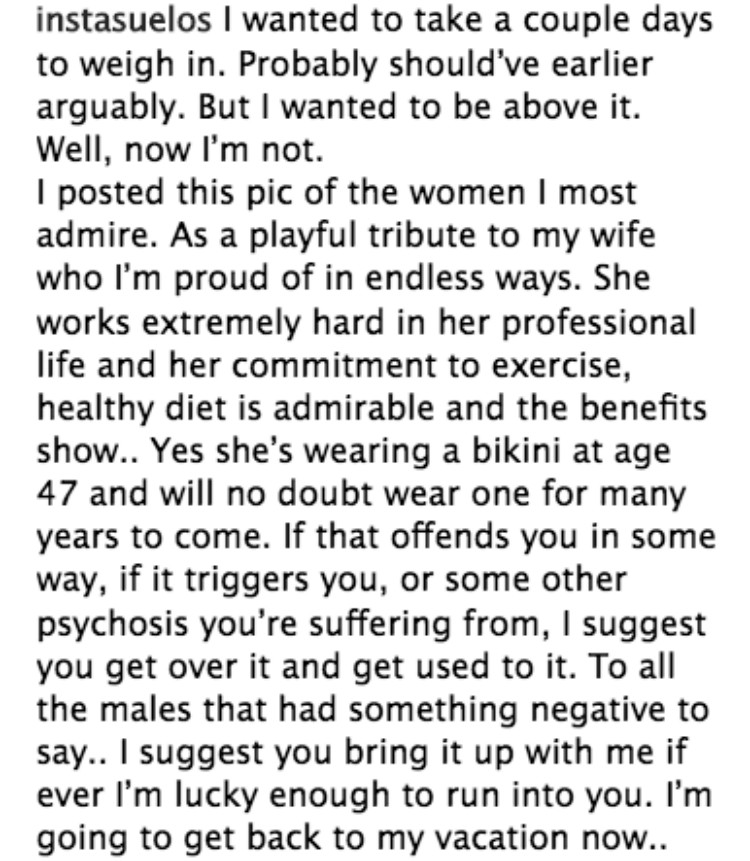 How sweet is that? Mark goes from acknowledging how good she looks, to saying how she totally deserves this body because she works hard for it (and it shows), and then he addresses any haters to take it up with him.

We’re pretty sure everyone shut up after that. At least the trolls seemed to have, and now there are tons of comments praising Kelly (as well as Mark for defending her) on owning her body and not covering up just because of her age. What a silly notion anyway.

We think it’s pretty awesome that she has so much confidence, and you should be able to rock a bikini at whatever age, and any body type, you please! What do you think the controversy over this photo, and of wearing a bikini in your 40s (or older)?